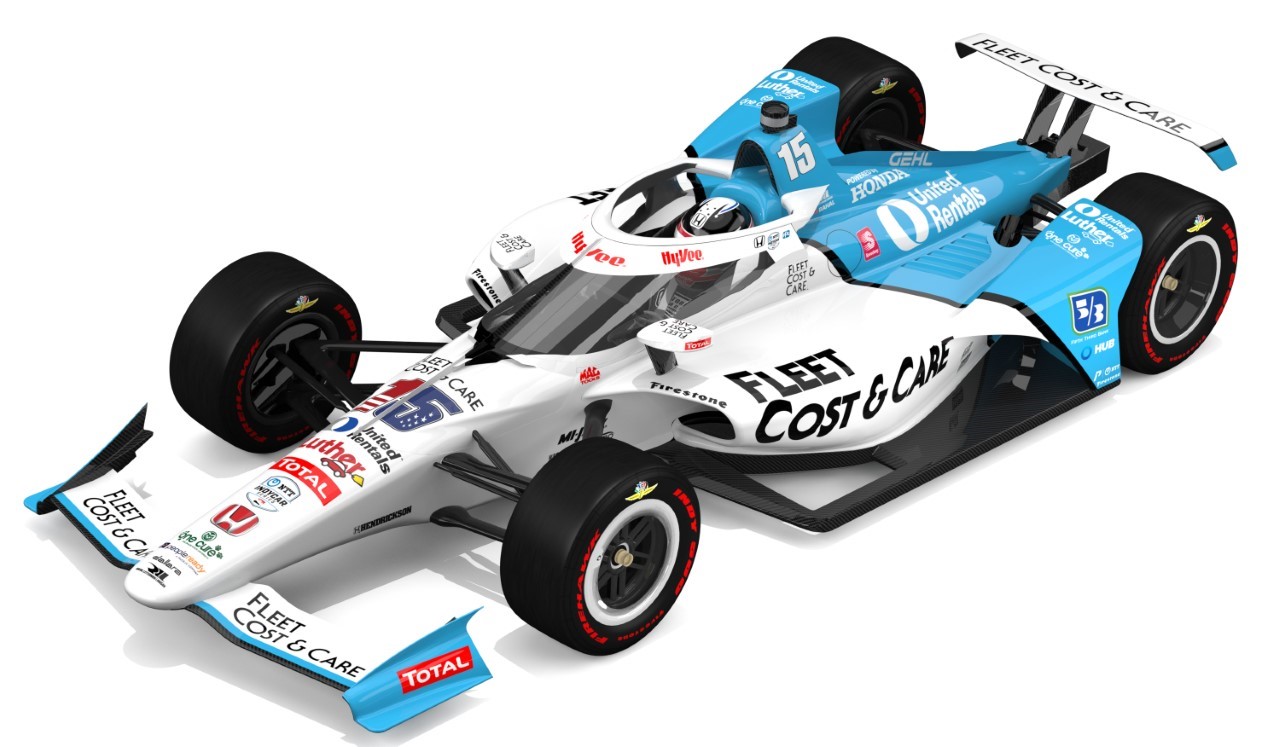 Rahal Letterman Lanigan Racing (RLL) announced today Manitou North America, has returned to the team.  Their GEHL brand will be an associate sponsor of Graham Rahal’s No. 15 Honda-powered entry for the 2021 NTT INDYCAR SERIES season. GEHL will also be featured on Rahal and his crew’s uniforms for the season as well as the race car for the doubleheaders at Texas Motor Speedway (TMS).  The MANITOU brand will be featured on the race car for the Acura Grand Prix of Long Beach.

“We are excited to partner with RLL and Graham Rahal,” said Ilmars Nartish, vice president of Manitou North America.  “Having our iconic brands of GEHL and MANITOU featured on the car strengthens our brand awareness and adds excitement for our dealers and customers.”

GEHL was an associate sponsor of the team’s INDYCAR SERIES program from 2006-2008 and again for the 2014 season. In 2017, they were primary sponsor of Rahal’s entry at Iowa Speedway and co-primary at Road America and primary sponsor of his entry at Road America in 2018 and 2019. Manitou North America is a producer of GEHL and MANITOU branded equipment for construction, agriculture, mining, aeronautics, energy industries and beyond.  In addition, GEHL is in their 16th year of involvement with Graham Rahal, whom they have supported since his 2006 Atlantic Championship season where he was runner up to the champion.

“I’m really excited to see the relationship continue to grow between Rahal Letterman Lanigan Racing and GEHL and welcome them back to the family again this year,” said Graham Rahal. “They have personally been a partner of mine since 2006 and have been the longest standing partnership I’ve had. I’m honored to continue to work with them and help grow their business!”

“I have worked with Manitou North America for many years before being involved with them at RLL,” said Mike Lanigan, co-owner of Rahal Letterman Lanigan Racing with 1986 Indy 500 winner Bobby Rahal and former late night talk show host David Letterman. “To see our partnership continue over the years is something we are very proud of.  We look to continue to build our program and help strengthen relationships and business opportunities.”

In addition to its relationship with RLL and driver Graham Rahal, Manitou North America has been active in motorsports for many years.  They have been the “Official Construction Equipment” of the Grand Prix of Long Beach for 26 years and is celebrating their 32nd year of involvement with Road America in 2021.