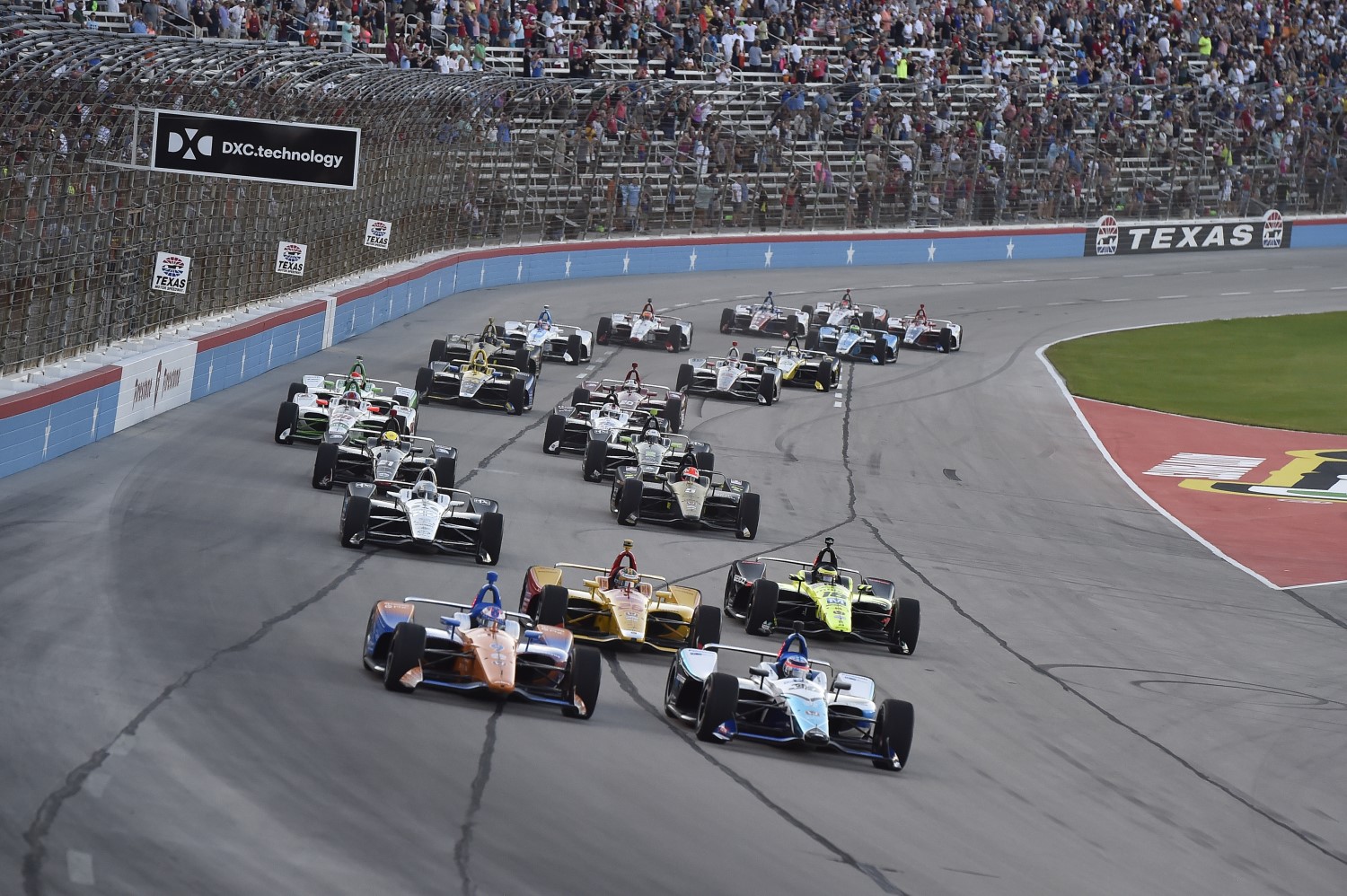 After staging a race on a permanent road course and another on a temporary street circuit, the NTT INDYCAR SERIES is ready to ramp up the speed with its first oval event of the season this weekend at Texas Motor Speedway.

Chip Ganassi Racing’s Scott Dixon won last year’s event, leading 157 of the 200 laps in the first of three consecutive victories to open his title-winning season. It was the third consecutive year that the Texas winner went on to capture the championship. But Dixon figures to have plenty of challengers in the first doubleheader at Texas since 2011.

These two races also help set the stage for a busy Month of May – two races each at TMS and Indianapolis Motor Speedway, plus NTT P1 Award qualifying for the Indianapolis 500 presented by Gainbridge. It’s possible, though unlikely in this competitive sport, that a driver could collect a staggering 274 points this month alone!

Given the two-day format at Texas, there is only one practice, a 75-minute session at 12:45 p.m. (ET) Saturday (live on Peacock Premium, NBC’s streaming service). Qualifying is at 4 p.m. (ET) Saturday (live on Peacock and NBCSN), with the starting grid for both races set in the session. Sign up for Peacock Premium at www.peacocktv.com for $4.99 per month to get all the INDYCAR action, Indy Lights races and shoulder programming.

Here are five things to look for this weekend in Fort Worth:

Let’s start with which drivers will be in the 24-car field and which cars they will drive. Two of the more noteworthy additions are former Texas race winners.

Tony Kanaan, who won at the track for Andretti Autosport in 2004, will drive the No. 48 Bryant Honda of Chip Ganassi Racing in the Genesys 300 and the No. 48 American Legion Honda for the Ganassi team in the XPEL 375.

2004 series champion Kanaan is sharing the entry this season with seven-time NASCAR Cup Series champion Jimmie Johnson, who is focusing on the road courses and street circuits. These will be two of Kanaan’s four races this year, the others being the Indianapolis 500 on May 30 and the Bommarito Automotive Group 500 on Aug. 21 at World Wide Technology Raceway.

The other former Texas race winner making his season debut is Ed Carpenter, who in recent years has driven only on the oval tracks. Carpenter will drive the No. 20 U.S. Air Force Chevrolet, a seat held in the season’s first two races by Conor Daly. Like last year, Daly has moved to the No. 59 Carlin Chevrolet that Max Chilton usually drives. Chilton will be back in the car for both the GMR Grand Prix at IMS on Saturday, May 15 and the “500.”

Like Johnson, Formula One veteran Romain Grosjean is not competing on the ovals as an INDYCAR newcomer, and his seat in the No. 51 Nurtec ODT Honda of Dale Coyne Racing with RWR will be taken on the ovals by rookie Pietro Fittipaldi. The 24-year-old Brazilian competed in three oval races in his six-race 2018 INDYCAR season cut short by injuries suffered in a World Endurance Championship sports car event in Belgium.

This isn’t the first time Fittipaldi has stood in for Grosjean. He drove the last two races of the 2020 Formula One season for the Haas F1 Team after Grosjean suffered burned hands in a fiery crash at Bahrain.

The next important factor to consider is which drivers have enjoyed success on Texas’ 1.5-mile oval. There are six who have won there, the highest number of former winners in an INDYCAR race this season until the “500,” when there could be up to nine.

Dixon dominated last year’s event in the No. 9 PNC Bank Chip Ganassi Honda, one of his four wins at the track. Dixon’s other wins came in 2008, 2015 and 2018, which means he has won two of the past three outings and three of the past six. Only Helio Castroneves, who is not in this field, has won four INDYCAR races at Texas.

Also off to a strong start this season is Ed Carpenter Racing’s Rinus VeeKay (No. 21 Sonax/Autogeek Chevrolet). VeeKay, 20, has finished sixth and ninth in the season’s opening races, respectively, good for eighth in the standings.

Here’s an interesting fact about INDYCAR’s youth movement: Herta and VeeKay were 3 years old when Dixon scored his first top-three finish at Texas in the season-ending 2003 race. O’Ward was 4.

Parity on the Podium

Consequently, the point totals are tighter than normal. Palou leads with 67, but Power and Dixon have 65 and Herta 62. Given the point structure, it is likely that any driver currently in the top nine will be the series leader – at least for a night – with a win Saturday.

And then there are those especially eager to climb in the standings.

Rossi has had strong cars at Texas – he finished third in 2018 and was second in 2019 – and is desperate for a good points day after finishing ninth at Barber Motorsports Park and 21st in St. Petersburg, the latter due to his car suffering a flat right front tire in Turn 4 contact with Rahal. A slow start to last season cost Rossi a chance at the championship, and he had vowed to begin better this year. So far it hasn’t happened, but Texas could be his turnaround.

Race weekend: Saturday, May 1 and Sunday, May 2

Firestone tire allotment: Thirteen sets primary to be used during practice, qualifying and the doubleheader races.

Qualifying record (based on track distance of 1.44 miles)