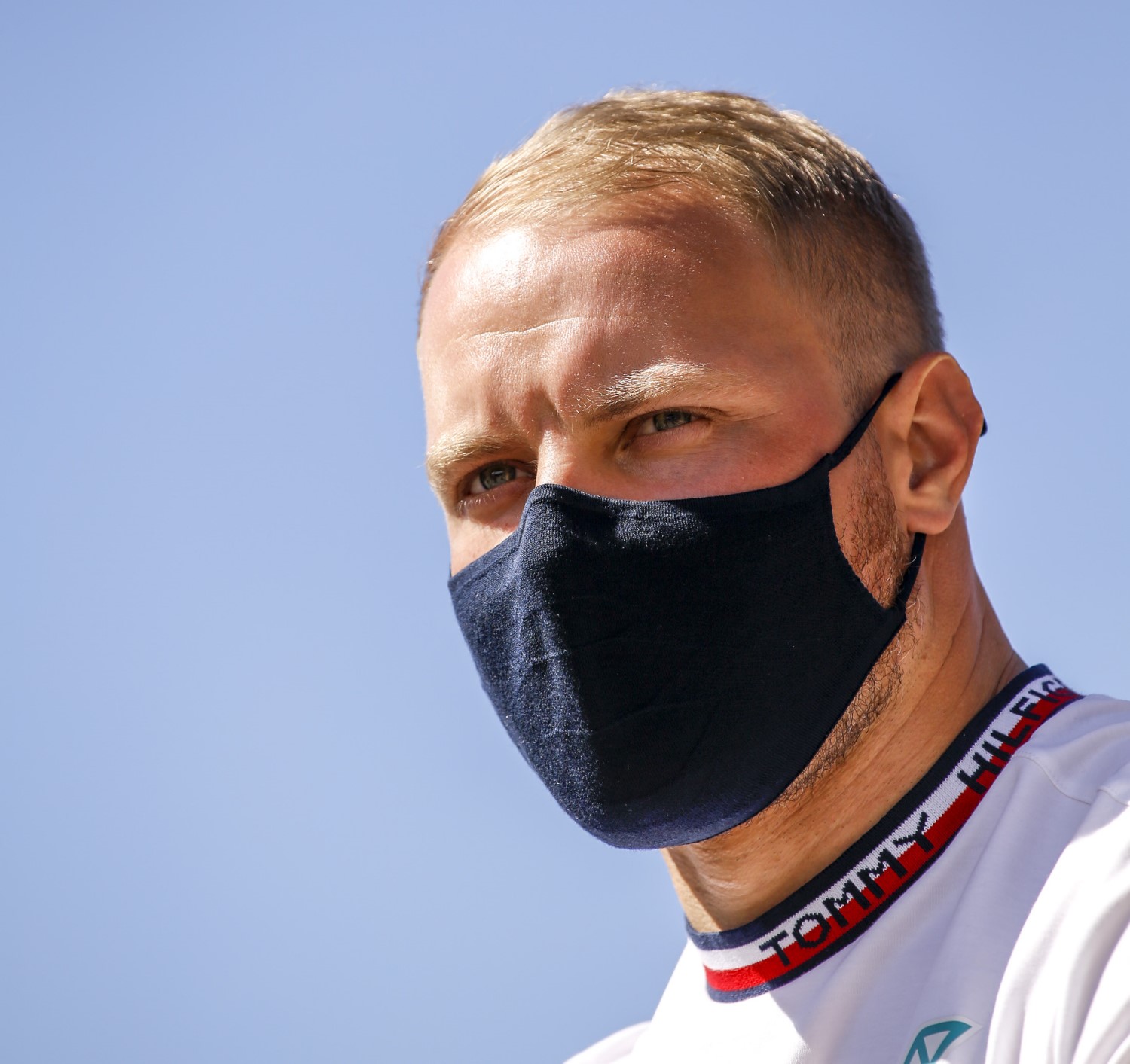 Valtteri Bottas turned a lap of 1m19.648s in his #77 Mercedes to top opening practice at the Algarve circuit in Portimao for the GP of Portugal.

Max Verstappen, complaining of a vibration from his soft red tires after he flat-spotted them, was 2nd quick 0.025s behind the Mercedes in his #33 Red Bull Honda. Expect more from the Dutchman when the team gets his setup honed in.

On his last lap, Charles Leclerc put his Ferrari 4th quick 0.236s behind the Mercedes.

Perhaps the biggest surprise of the session was George Russell 7th quick for Williams.

Sebastian Vettel continues to prove he needs to retire, down in 16th place in his #5 Aston Martin and much slower than his teammate Lance Stroll.

Callum Ilott gave a good account of himself, P17 for the youngster and less than half a second off his considerably more experienced teammate Raikkonen.

A steady session that, with plenty of drivers running wide and struggling to nail the racing line – not helped by the gusty wind that picked up during FP1. But everyone did keep it clean and managed to stay out of the gravel.

With a mixture of tires and strategies, it is hard to draw too many conclusions from that session – with the likes of McLaren often waiting to reveal their full hand, and Alpine confirming that longer runs were their focus.