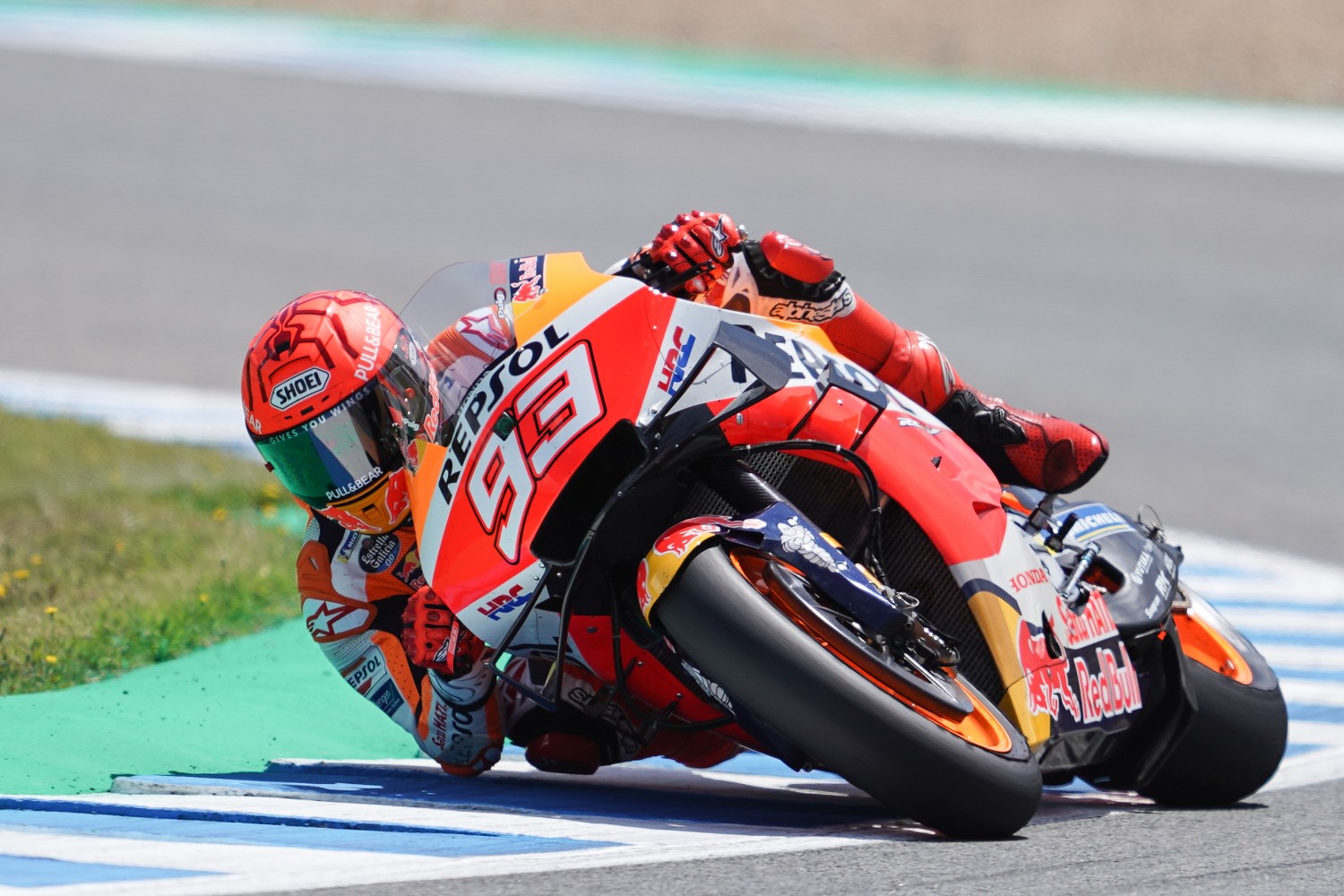 As a precaution, Marquez was sent to the hospital in Jerez for an MRI to check his condition.

A brief statement from Honda read: “To double-check his condition after the Turn 7 fall, Marc Marquez is heading to hospital for further checks.

“These are precautionary and Marquez is not experiencing any pain or discomfort.”

MotoGP doctor Angel Charte added when speaking to Spain’s DAZN: “Marc is perfectly fine, but I thought it would be good to do a control CT scan and be more calm.

“He has a large cervical contusion and at the level of his back, it does not cost us anything to do a CT scan.

“I hope he is in the afternoon session. I insist, it is only a controlled CT scan, nothing more.”

LCR Honda Idemitsu’s Takaaki Nakagami will lead the MotoGP grid into qualifying at the Red Bull Grand Prix of Spain after a hugely dramatic FP3 unfolded at Jerez.

The Japanese rider was handed the top spot after Franco Morbidelli’s best lap was chalked off for exceeding track limits, but the major talking point was eight-time World Champion Marc Marquez’s (Repsol Honda Team) frightening crash at Turn 7 – his first since returning from injury.

Huge drama then struck at Turn 7 as the eight-time World Champion Marc Marquez crashed out heavily. The front-end of the Spaniard’s RC213V washed away without much warning at 180km/h, sending him barrel-rolling through the gravel trap and flying into the air fence. Immense concern was etched across the faces of the Repsol Honda team members as the Spaniard remained down in the gravel trap next to his wrecked Honda.

Thankfully, the number 93 rose to his feet, sheepishly albeit, and walked to safety. He was later shown arriving back to the box, seemingly okay, after what was, no doubt, a frightening moment. He did, however, head to the medical center for further checks after his first fall since his injury return, but confirmed he’s “all good” and will return to the track in FP4.