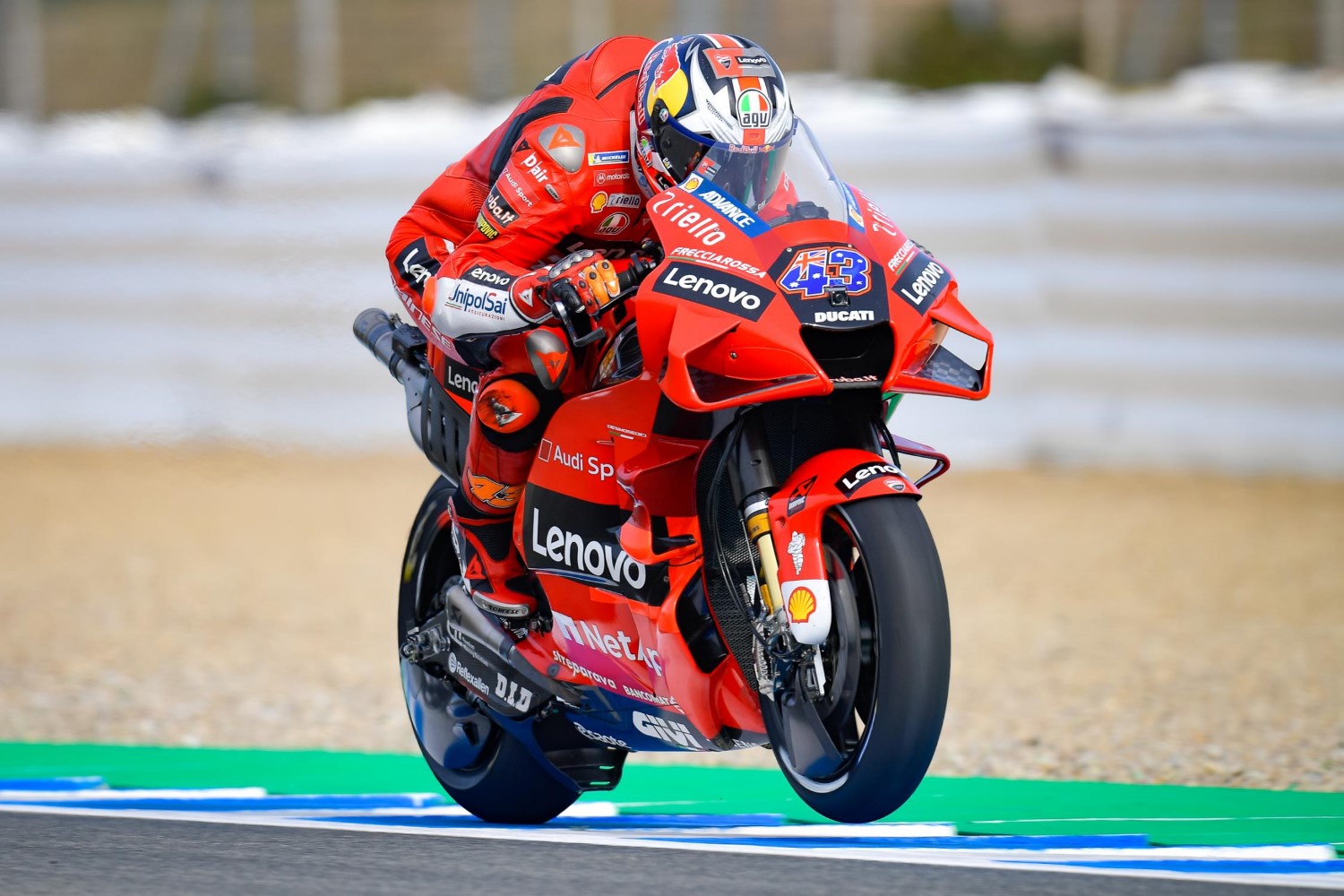 Jack Miller has taken his first ever dry weather MotoGP race win, in the Spanish Grand Prix at Jerez ahead of Ducati teammate Francesco Bagnaia who finished second and moved into the championship lead, with Petronas SRT Yamaha’s Franco Morbidelli rounding out the podium.

The victory, also his first for the factory Ducati Lenovo Team, and came after early leader Fabio Quartararo faded to 13th at the checkered flag when he had seemed almost certain to win.