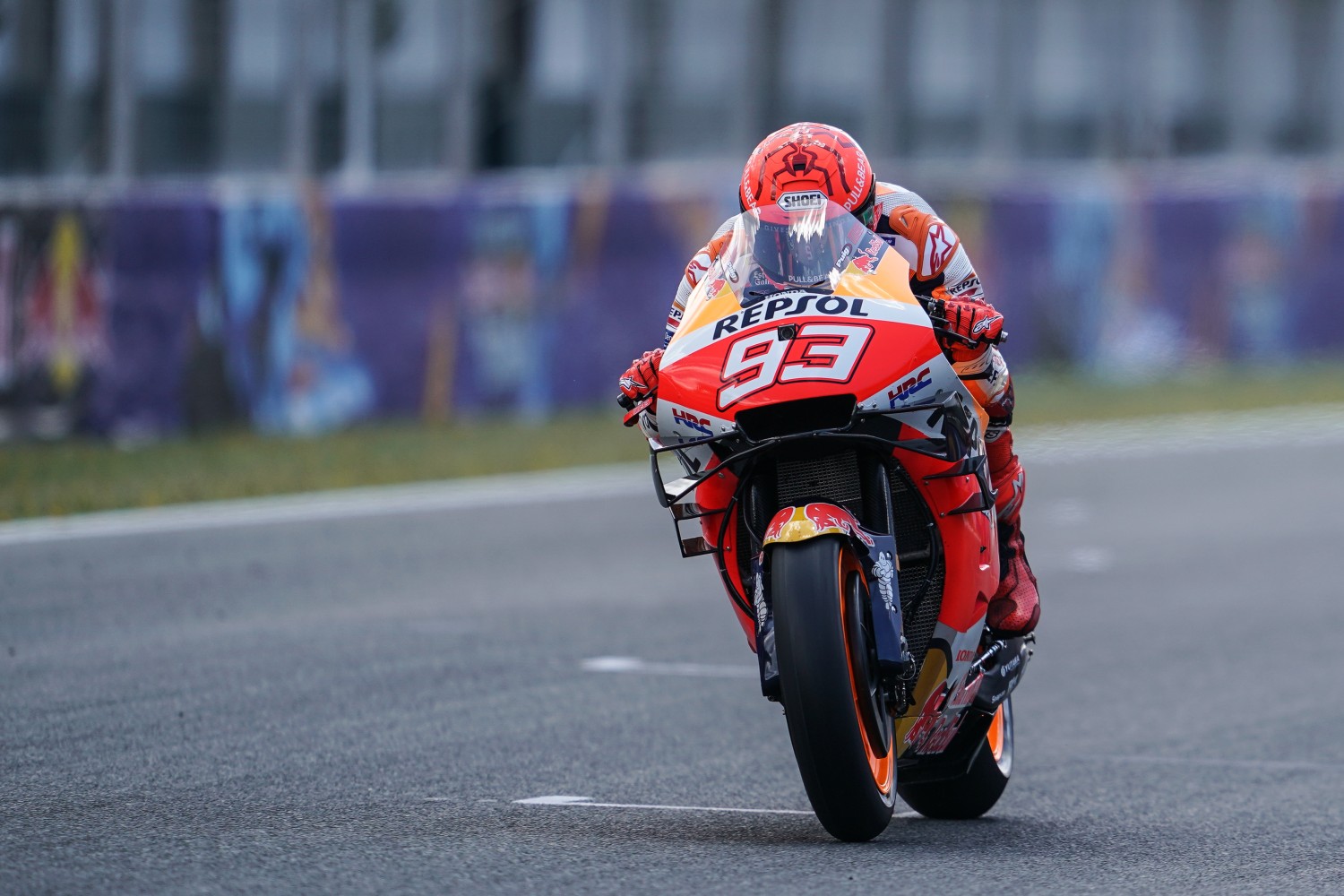 Marc Marquez was forced to abandon Monday’s MotoGP test early at Jerez on his 2021 Repsol Honda.

The Spaniard, hoping to get the all-clear from his doctors soon to start training again between races, managed just seven laps at the test before calling it a day.

“Today we didn’t really test, just one run because on the second run my body was already locking up,” Marquez said.

“Today we didn’t really test, just one run because on the second run my body was already locking up,” Marquez said.

“My neck and my right shoulder were stiff, it’s similar to after Portimao but I was not as locked up as I was after Portugal. The crash I had on Saturday didn’t help with my physical condition.

“I thought that maybe today when my body had warmed-up it would be better, and I could try but straight away I could tell I wasn’t at a good level for riding.

“We spoke as a team and decided to stop the test, we need to understand that we’re improving step by step and the next target is Le Mans where we will try to improve again.”

“On Wednesday I have a doctor check,” Marquez confirmed. “They will decide If I am able to increase the training at home.”