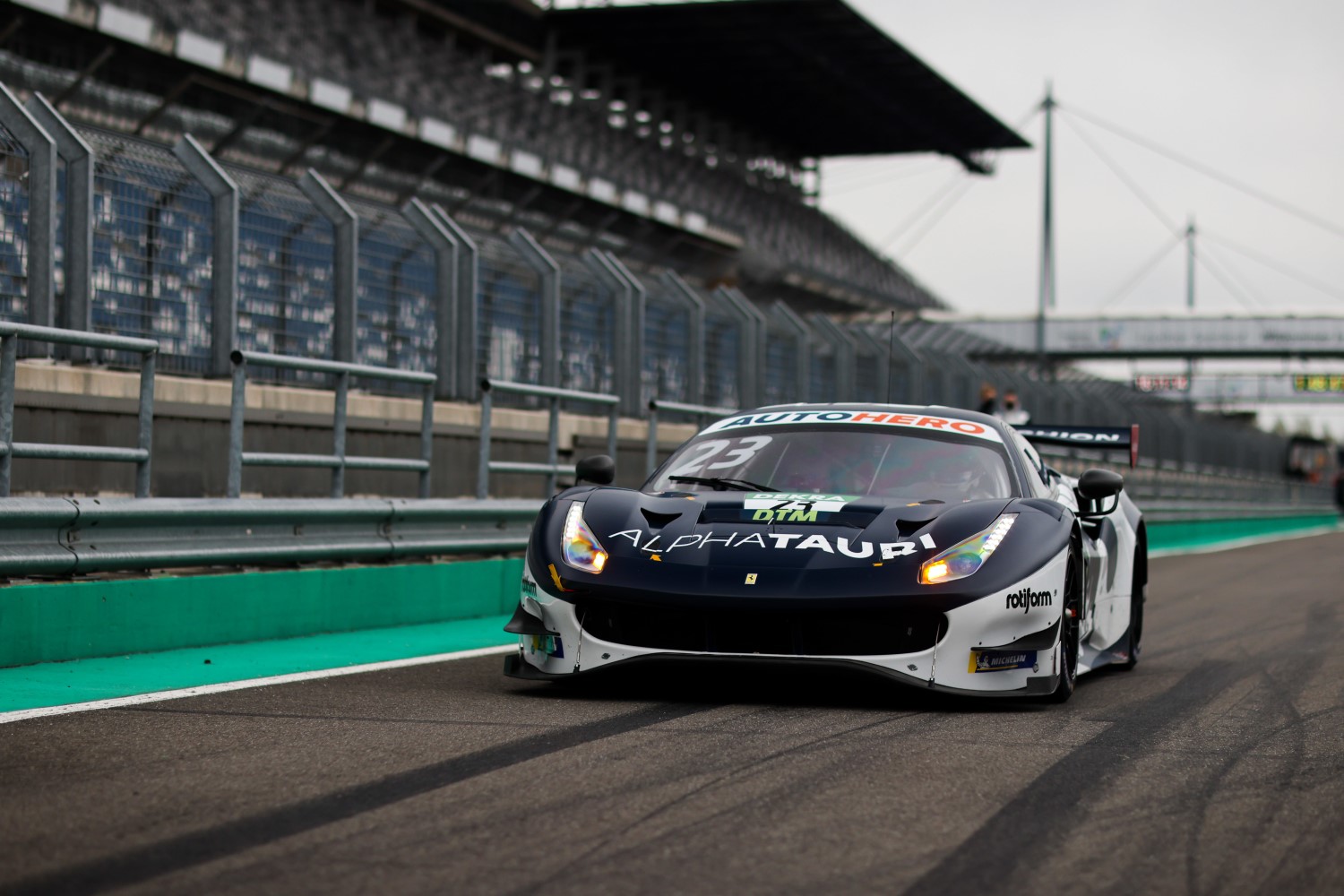 With a time of 1m43.468s, Red Bull driver Alexander Albon (Shown Above) ended up in first place during the DTM test at DEKRA Lausitzring on Wednesday. His teammate Liam Lawson was almost just as fast: the New Zealander was third-fastest, just behind Maximilian Götz (GER, Mercedes-AMG Team HRT), the fastest driver on Tuesday.

At low temperatures, but in dry conditions, drivers got in a lot of track time: ten of the 15 drivers who were out on track in the morning session racked up more than 30 laps of the 4.570 kilometers long track configuration of DEKRA Lausitzring. Once again, Maximilian Götz was the most prolific driver with a total of 46 laps.

In the test of the DTM Trophy, Brit William Tregurtha posted the fastest time of 1m54.944s with the Mercedes-AMG GT of the CV Performance Group team. With Swiss Lucas Mauron (Audi, Heide-Motorsport) and German Michael Schrey (BMW, Hofor Racing by Bonk Motorsport) in second and third place, there were three drivers from three different countries and with as many car brands in the top positions.

Testing continues in the afternoon with one session each for DTM and DTM Trophy, the official DTM test ends on Thursday evening.