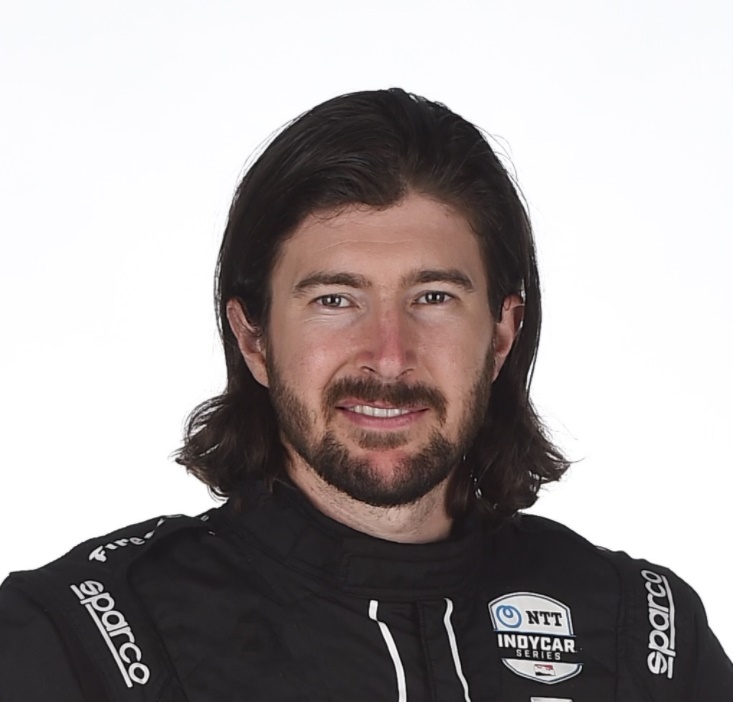 On today’s IndyCar media conference JR Hildebrand was asked about the recent IndyCar start accident at Texas Motor Speedway – his thoughts on what race officials should do with rolling starts? Should there be a min speed sort of set?

“That’s a good question. It’s just something that for my entire INDYCAR career we’ve been talking about how do you kind of avoid these types of situations. Actually something that came up on Twitter this morning. We talked about it on this podcast I’m doing with Jack earlier in the week.

“It feels like every oval start you take, you narrowly have avoided getting in an accident. A lot of that honestly is because like the cars, the tire is designed to work at 200 plus miles an hour through a banked corner. When you’re going like a hundred, even 150 or something, coming through that dogleg on the front straight at Texas, the car is set up totally asymmetrically. It doesn’t slow down in a straight line very well. So you kind of get this accordion effect and this pack-up.

“To me, some of those things like start speed and where exactly the start zone is, I think you could take a really big swing at some of this stuff and it doesn’t fundamentally change that dynamic that much. I mean, definitely if you’re going faster, then you have less, like, instant acceleration. Maybe that creates less of an accordion effect.

“Honestly, we’ve been talking about this a little bit since it happened, that the only thing I can kind of think of is, like, this almost never happens at Indy. Despite the fact that we’re starting three-wide, which is altogether like a sketchier sort of situation, I think the reason it doesn’t happen at Indy is all the drivers, from the sanctioning body, from the moment that you’re gridded up, you have this picture in your head of being a hundred feet apart from the row in front of you.

“I think just the row spacing there basically is what accounts for the fact. Every year, I mean, I’ve unfortunately started towards the back of the pack a couple of times, and you still have that big accordion of, like, it seems like the whole field is going. We were coming through turn four, whatever, and, in fact, it hasn’t. It jams up at the exit of turn four, then everybody re-accelerates back out of that.

“Even despite the fact you’re in a corner, all of these same low speed, the car doesn’t want to do anything that well in that situation, all of those things apply, but you just have more room to kind of give yourself to the row in front.

“To me, something of that variety is maybe the only thing practically speaking that I think would consistently make a pretty significant difference. I think the other thing that’s interesting about that is, the Texas of old where you used to have a couple lanes, if there’s more row spacing and you’re getting a little bit more of that buildup into the first couple of corners. At Indy that is what creates for some of those really epic first-lap runs that guys make, passing 10 cars. You need a little bit of room to maneuver and you need for things to be a little bit spread out to see that kind of thing happen.

“I’ve only spent time thinking about this because it’s come up, but that was my kind of thought. I wonder if it would make sense to get the rows a little further apart and have that be kind of a prescribed method at least for the superspeedways.”