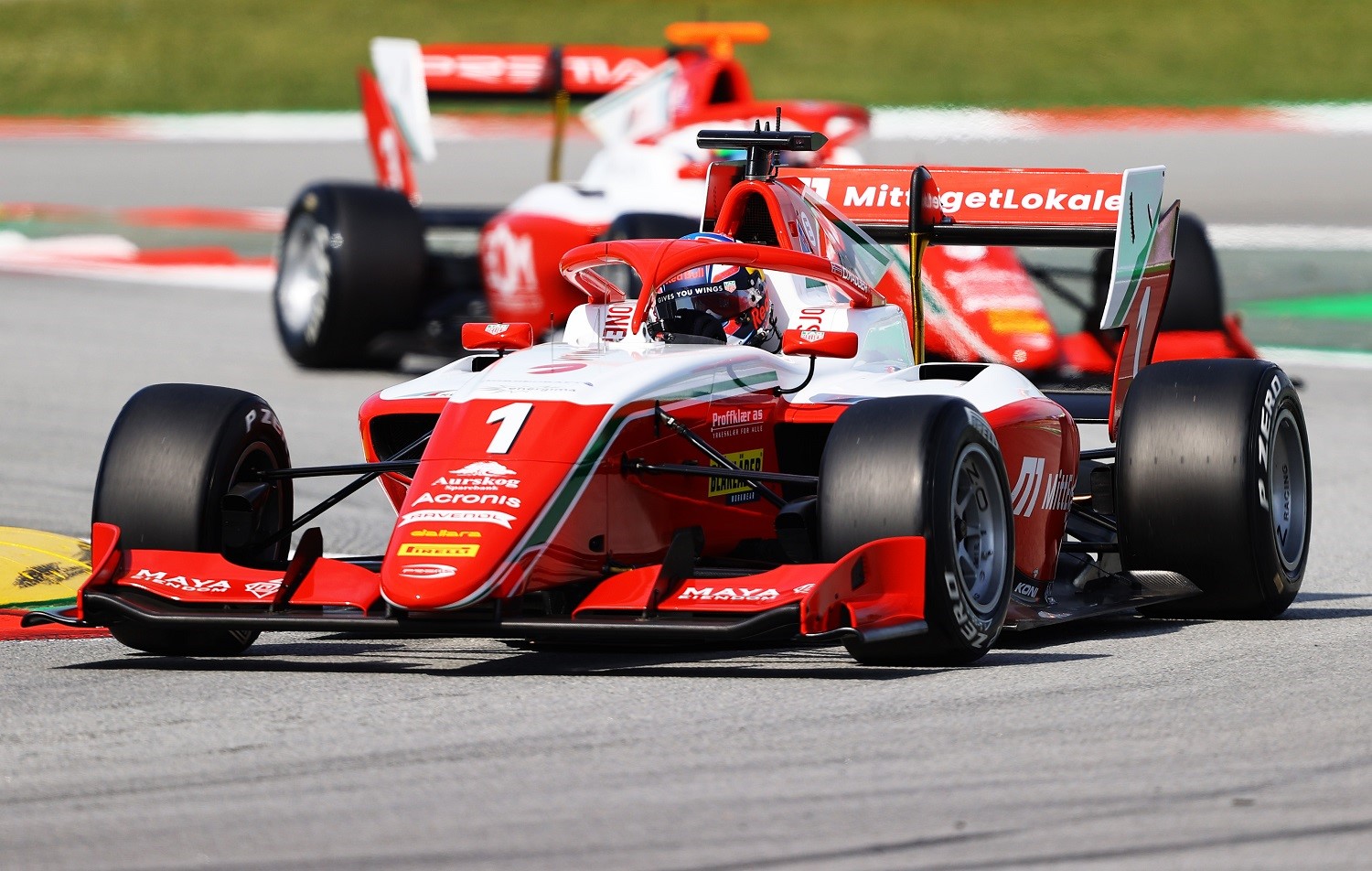 Dennis Hauger got off to the ideal start to life with PREMA Racing, topping the first session of the season in Barcelona with a time of 1:33.596, beating out MP Motorsport’s Victor Martins and ART Grand Prix’s Frederik Vesti in Free Practice.

The grid were in familiar surroundings for the opening round, hitting the Circuit de Barcelona-Catalunya just two weeks on from the final pre-season test at the same track in Spain. A rise in temperature was expected to greet the grid, but a cool 18-degree heat meant conditions were closer to pre-season than expected.

The excitement of being back out on track was cut short less than 10 minutes in, as Jonny Edgar came to a halt and brought out an early red flag. Desperate to make the most of the track time available to him, the British rookie was thankful to get his Carlin Buzz back to the pits and ready to head out once more.

The familiar name of PREMA was the first to top the leaderboard as the meaningful laps came in, with Hauger setting 1:33.596. Initially, the Norwegian was directly ahead of teammates Arthur Leclerc and Olli Caldwell, but the duo dropped down to fourth and 10th.

Alpine junior Martins – who topped the pre-season test in Barcelona – and Mercedes Academy driver Vesti were the ones to split the trio, diving into second and third, although they were more than two tenths off the pace.

The rest of the top 10 were much closer, with second to 10th separated by less than five tenths. Vesti’s teammate Alex Smolyar was amongst them, as he managed to beat Trident’s Clement Novalak to the final spot in the top five.

Logan Sargeant was seventh on his return to Formula 3 with Charouz, ahead of Jack Doohan in the second Trident. Caio Collet scored ninth on his competitive debut for MP Motorsport.