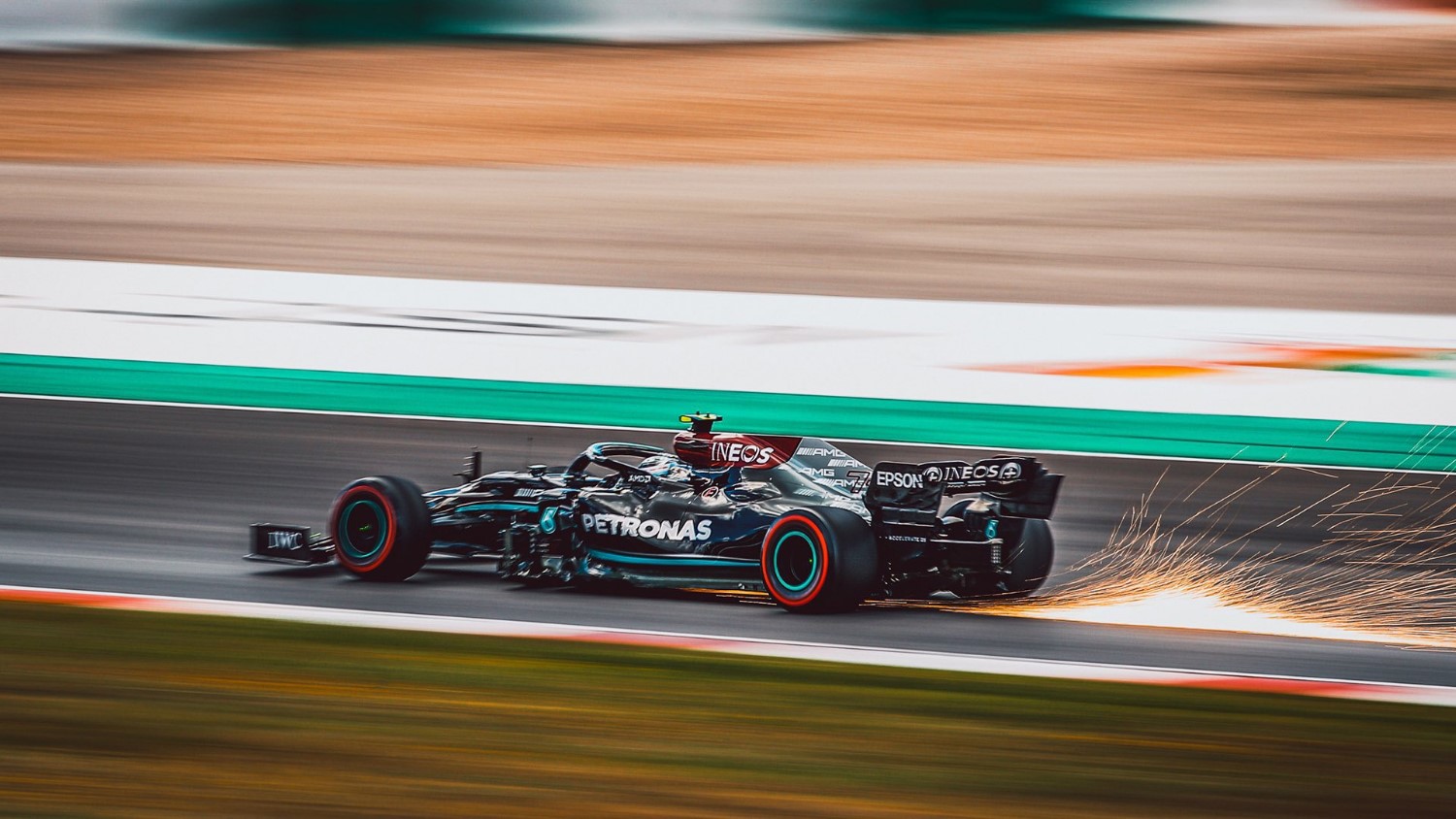 Mercedes’ wingman Valtteri Bottas turned the fastest time in opening practice for the Spanish GP at Barcelona with a time of 1m18.504. Red Bull’s Max Verstappen went second quick, 0.033s back ahead of Lewis Hamilton who ended up 0.123s behind in his #44 Mercedes.

Behind those three, Lando Norris was fourth in his #4 McLaren – but wasn’t always happy on the radio, and seems certain that with a tweaked set up, they can find even more pace.

The Ferraris of Charles Leclerc and Carlos Sainz Jr.  were up next in fifth and sixth, despite running the medium compound.

At the end of the session Bottas had a big moment as he flew round a corner to find Sainz Jr. parked on the racing line. The Finn has to take avoiding action, running wide and coming very close to the barriers. The stewards may well want to look at that one.

“Mercedes have been truly dominant here the last few years so if we can get close to them here, that’s a really good sign,” said Red Bull boss Christian Horner.