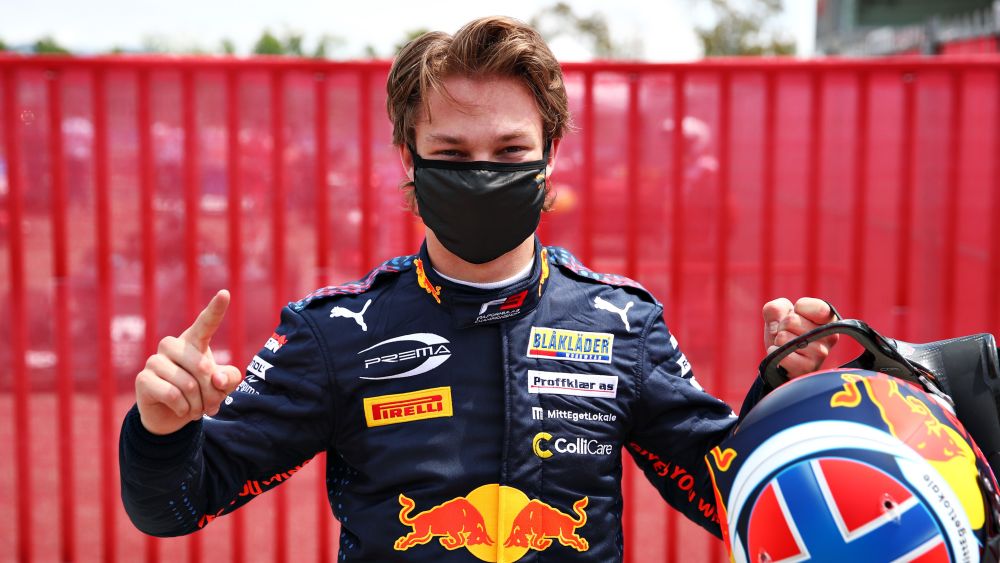 Dennis Hauger continued his excellent start to life with PREMA Racing to take his first ever pole position in Formula 3, beating out Trident’s Jack Doohan by 0.006s. The Red Bull juniors traded places throughout the session, but it was the Norwegian who came out on top, with MP Motorsport’s Alpine prodigy Victor Martins nabbing third late on.

Track temperature had risen from 28 to 39 between Free Practice and Qualifying and the majority of the field opted to head out at the first opportunity. At the front of the queue were Hitech Grand Prix, with Jak Crawford the first to complete a flying lap, but it was Trident’s Doohan who set the standard, beating the fastest time from Free Practice with a run of 1:33.580.

The fastest man from practice, Hauger, very briefly nabbed first with a storming final sector at the start of his second run, going round at 1:33.138, but Doohan responded by reclaiming the position at the first opportunity. Hauger had more luck on his third run, with the Red Bull junior setting a purple middle sector to snatch pole from Doohan by 0.006s.

The top two were in a league of their own, but there was a flurry of late activity behind them, as Frederik Vesti and Matteo Nannini both briefly held third, before falling to fourth and fifth. The duo were dropped down the order thanks to a last gasp effort from Martins, who came within 0.055s off the front two, beating Nannini by two tenths.

Olli Caldwell and Clement Novalak beat 2020 title challenger Logan Sargeant to sixth and seventh, with the final Trident of David Schumacher settling for P9. Caio Collet completed the top 10 ahead of Alex Smolyar.

Jonny Edgar beat Juan Manuel Correa to reverse grid pole for Race 1 by less than a tenth, with the Carlin Buzz racer finishing 12th. He’ll line up in first on Saturday, when Race 1 begins at 10.35am local time.