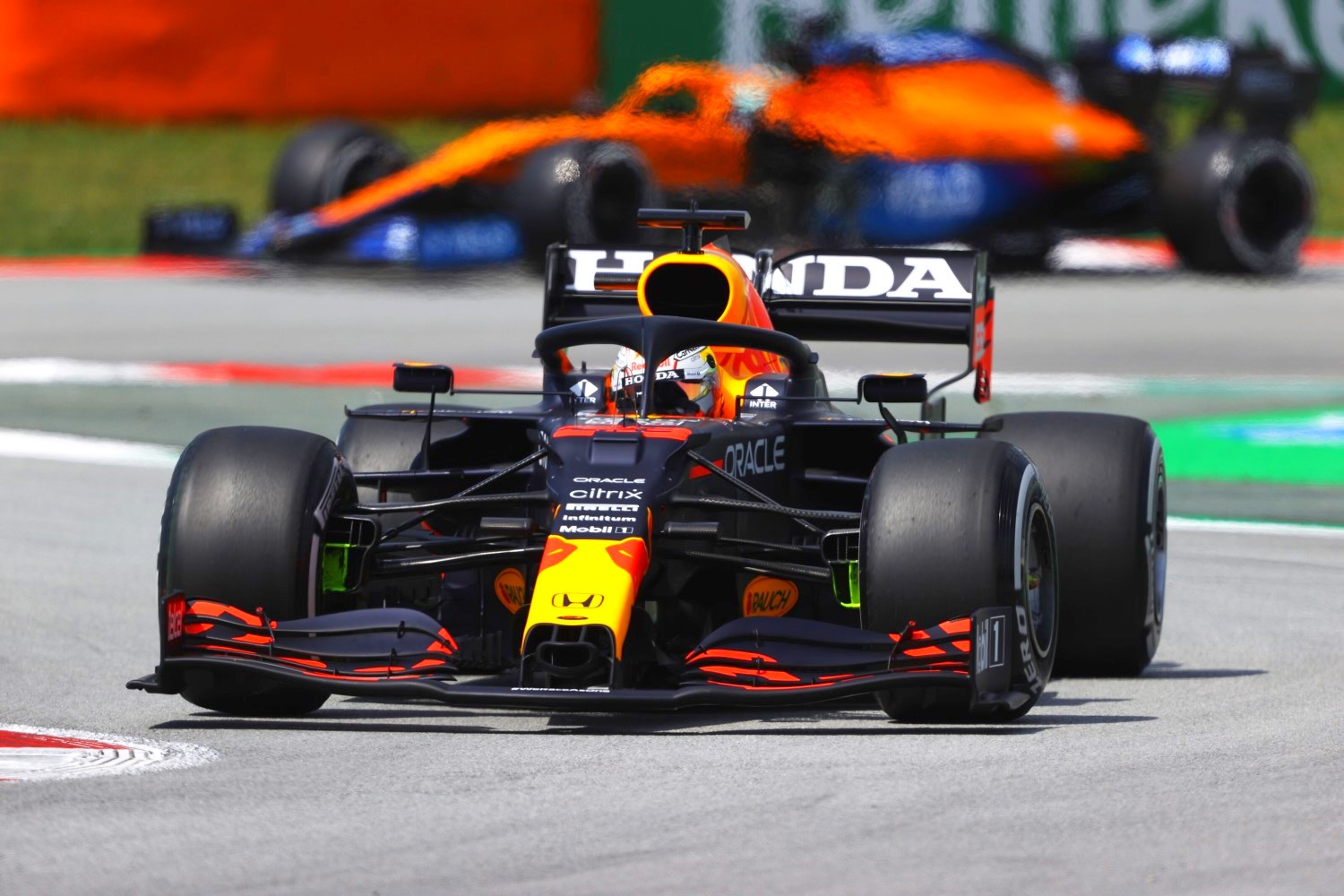 Red Bull’s Max Verstappen marked himself as favorite to win pole for the Spanish GP at Barcelona with a lap of 1m17.835s in final F1 practice Saturday morning.

Verstappen finished ahead of the two Mercedes of Lewis Hamilton who was 0.235s behind the Dutchman.

Charles Leclerc put his #16 Ferrari in third 0.473s back while his teammate Carlos Sainz Jr. was 4th 0.575s behind the Red Bull Honda.

Valtteri Bottas rounded out the top-5 in the 2nd Mercedes.

Bottas, Hamilton and now Verstappen. The honors have been evenly split across the three sessions so far, which makes qualifying an incredibly enticing prospect.

But certainly this morning, the Dutchman finally put those small mistakes behind him and looks a very formidable opponent here today.

This could well be the tightest qualifying of the season so far – and the pressure is most certainly on.

McLaren and AlphaTauri are also in the mix for the midfield honors, and the good news for the papaya team is that both their drivers are right up there. Norris wound up sixth, Ricciardo eighth and again, it was a tenth between the two of them.
Somehow, Gasly managed to split the pair in seventh despite the fine margins.
Raikkonen and Perez rounded out the top 10, which left Aston Martin and yesterday’s surprise package Alpine out in the cold. But Alpine could well be holding something back in reserve, and they did have good pace yesterday in FP2 which was in representative conditions for qualifying.