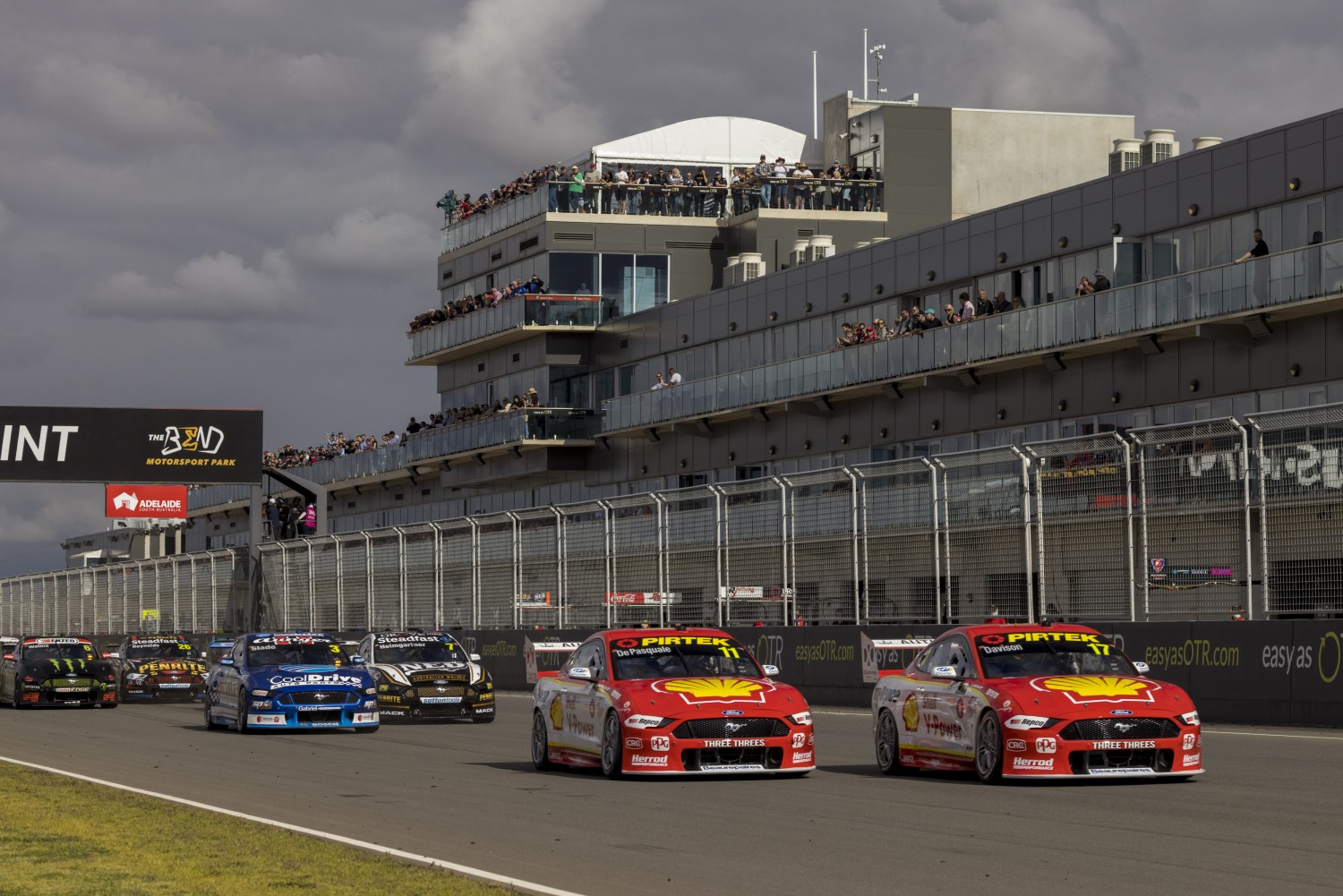 After changing teams to replace a three-time Champion, rising star Anton De Pasquale has converted pole into his first victory of 2021 this afternoon at the OTR SuperSprint.

The 25-year-old, who began Sunday with a career-first pole position, led from start to finish to clinch his second career win in a race that started with a chaotic multi-car crash.

De Pasquale’s win was his first since Darwin 2020, his team’s 138th, and recorded the first Shell Ford one-two of the year, with teammate Will Davison finishing second ahead of Championship leader Shane van Gisbergen.

It was also the 400th ATCC/Supercars Championship race win for Ford.

The major talking point behind the De Pasquale race win was the lap one crashes, with several drivers bitten in a chaotic opening-lap skirmish.

Championship hopefuls Cam Waters and Chaz Mostert, who have a history of crashing into one another again collided following a chain reaction set off on Turn 5.

That caused a bottleneck, seeing David Reynolds turn Nick Percat at corner exit. Reynolds then crashed into multiple cars, at one point going up onto two wheels.

With the right-rear wheel hanging out of his car, Waters limped back to the lane, followed by Mostert, Reynolds and Macauley Jones, all cars damaged in the chaos.

Several drivers benefited from the incident, none greater than Fabian Coulthard, who in his 450th race start, moved from 26th to 10th.

The non-finishes for Waters and Mostert, with Jamie Whincup only 11th, enabled van Gisbergen to extend his points lead over his teammate to 178 points, having entered the day 140 points in the good.

Mostert dropped to 228 points adrift, with Waters dropping to fifth behind Davison, 277 points off the lead.

Cameron Waters has outlasted Shane van Gisbergen in an enthralling finale to the OTR SuperSprint.

In his return to The Bend Motorsport Park, the site of his last race victory last September, Waters was resolute in the 24-lapper.

It marked the third win of the weekend for Ford in as many starts, and a third different team on the top step of the podium this weekend.

It marked a third race victory for Waters in 169 starts, and just his second solo win.

Winner of Race 10, Anton De Pasquale started from pole and had the best start, but an engine misfire in the opening laps ended his day early.

The lead fell into the lap of Waters who opened a handy lead over Championship leader Shane van Gisbergen early in the race.

Van Gisbergen opted to change wheels later than Waters, hoping to overrun the Monster Energy Mustang, but in the end Waters was able to hold on for his first win of 2021 after three previous podium finishes and three starts from pole position.

Today’s results mean Van Gisbergen will take an extended 190-point series lead over Whincup to the next event at Winton, with Mostert 246 points down in third.

Will Davison retained fourth over Waters, albeit by 13 points.

I’ve got no words,” an elated Waters said.

“The boys worked so hard to fix the car, not just fix it but give me a fast car. They deserve this one.

“The car was nice in the race, it was a totally different car to what we have had the last two rounds.

“I knew Shane was quick I just pick my moments when to be quick and give him some dirty air like he did to me last year and let him blow his tyres off for a change.

“We have found a nice window in the car; we have been scratching our heads the last two events.
“It’s nice to get one up on him.”