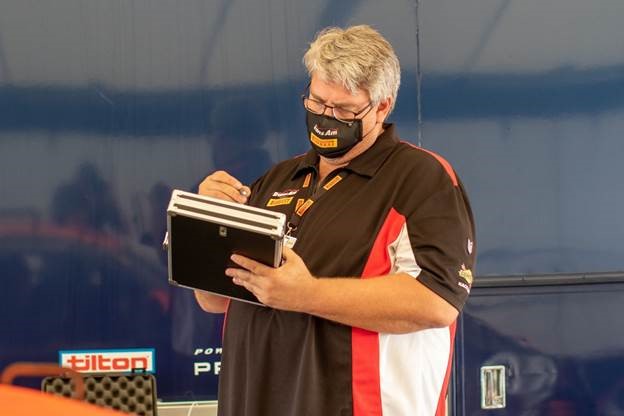 Buddy Fey, who has served as the Technical Director for the two junior formula series for three full seasons, announced his retirement earlier this year and assisted PMH and SCCA Pro Racing in the search for his successor.

In an effort to make the transition smooth, Coalwell has supported Fey in the decision-making process for the last month and will officially assume the position full-time after the combined Brainerd International Raceway event on July 16-18.

“I am grateful to have been trusted by Parella Motorsports Holdings to direct the FR Americas and F4 U.S. Technical Department now that Buddy Fey is retiring,” said Coalwell. “Having worked with the F4 U.S. Championship for a couple of events in 2017, I look forward to working with the SCCA Pro Racing and PMH staff to continue to grow both series and make both series an integral part of the PMH organization. I want to thank Buddy Fey for his help in making sure the transition between technical directors goes smoothly.”

Coalwell has been a pillar in Sports Car Club of America officiating since the late 90s, serving in several technical leadership positions throughout his veteran career, including operating as the World Challenge Technical Manager for six seasons (2002-2008).

Coalwell served as a tech official for two F4 U.S. events in 2017 before taking on his full-time roll as the Technical Series Director for the Trans Am Series. Coalwell will continue his responsibilities with Trans Am.

“Although, the majority of my motorsports career has been spent working with GT and Touring cars, at the beginning of my motorsports career I spent a few years designing and building formula cars with my university’s Formula SAE team.  Then with SCCA Club Racing, as the Assistant Technical Manager, one of my primary duties was the design approval and homologation of all new formula cars and sports racers for the Club.  During that time, for fun, I would go over to a local club team that ran several formula cars for customers and help set the cars up and make custom aero parts.  I look forward to working with formula cars once again.”

Fey was instrumental in improving and executing the new tech practices in F4 U.S. and developing the tech regulations for the new FR Americas Championship.

Fey will retire to his home in Memphis to spend more time with his wife, Ruthie.

“As a career professional racer, I was uncertain when I took the Tech Directory position nearly four years ago,” said Fey. “As racers, we don’t understand the level of effort, commitment, and heart that I now understand to be behind shepherding a successful racing series.

It was indeed a departure, one that proved unexpectedly rewarding,” Fey continued. “It’s been a treat to work with our fine tech staff, the teams, our partners and suppliers, and everyone at SCCA Pro Racing. Thanks to every one of you, but especially those to who tolerated and accelerated my learning curve. Best wishes to Aaron Coalwell. I’ll be doing everything I can to help with a smooth transition.”

While Coalwell fulfills other scheduled obligations, Fey will work through this weekend’s event at Road America as the lead Technical Director, the pair will share the reigns at Mid-Ohio Sports Car Course (June 25-27) and at Brainerd before Coalwell steps into the role as the official Championship Tech Director.

“Aaron (Coalwell) was the right choice for the position,” said SCCA Pro Racing President Dan Helman. “He’s been part of the SCCA for decades and has the right pedigree to help grow the series. In his short time working with Buddy (Fey), Aaron has already shown that he can meld well with our existing team of stewards and officials. While we were disappointed that Buddy would be leaving us this season, we are extremely happy to have Aaron join us.”

F4 U.S. and FR Americas return to action for a tripleheader weekend at Road America May 14-17, joining the Road America Vintage Racing Festival.