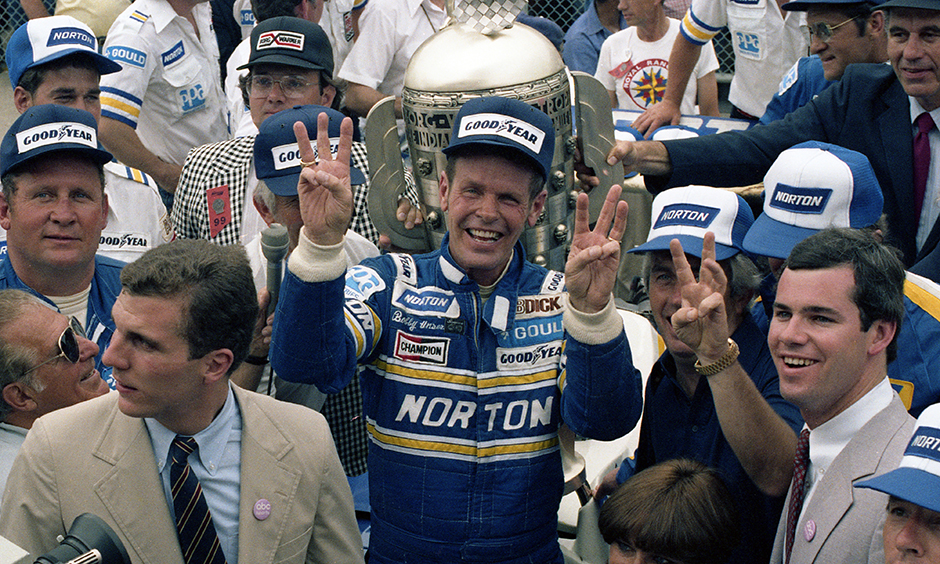 “I’ll miss his laughter, which was truly contagious,” said Andretti, an auto-racing legend in his own right and the Indianapolis 500 winner in 1969, the year after Unser won at the Brickyard for the first time. “His straightforward opinions, his strength and his grit.

“He was colorful, and he had no filter, for sure.”

Regarding the absence of a filter, Andretti recalled that Unser typically greeted him with a nickname that, coming from anyone else and directed to one of Italian heritage, might have started a fist fight.

“That was OK with me,” Andretti said.

Unser was driving for Penske when he won his third Indy 500 in 1981. But on Tuesday, Penske stood next to the Eagle Offenhauser that Unser drove when he first won there in ’68. Next to the Offy was the Borg-Warner Trophy, annually awarded to the winner.

Unser was a superb driver, Penske said, but was also a racing scientist of sorts.

“He liked to tell us that he was the one that actually first tested ground effects on Indy cars in the ’70s,” Penske said, “and in fact he did his initial testing and development under high security in his warehouse there in Albuquerque with a pretty advanced system for the time.

“He used a miniature wind tunnel with a hair dryer to create airflow. Bobby was always very creative.”

Andretti, Penske, Page and Garcia, it seems, all knew the same Bobby Unser: a man who loved his family, racing, his fans, telling a good story and pulling a good practical joke.

During his racing career, his post-racing career as a television analyst and in retirement, Unser loved to interact with fans.

For years, Penske said, he and Unser stayed in neighboring mobile homes at Indy in May as the big race approached.

“Bobby became a fixture at the Speedway each May, not because he was being paid, because he wasn’t,” Penske said. “Bobby was there because he wanted to celebrate the greatest month in racing with the fans and make sure they enjoyed our sport and their time at Indy like he did.”

“Bobby made you feel like you were there when he told a story,” Garcia said. “… What I loved most was his ability to recount every single detail and every person’s name who was involved in the story.”

Then, there was the voice – that unique, singsong inflection, often imitated but never simulated.

“Nobody had a voice like Uncle Bobby,” Garcia said. “Totally unmistakable.”

Unser, Penske said, loved a practical joke, such as pretending to doze off in the pilot’s seat while flying Penske team members home from a race on his private plane.

Page, who for years played referee between Unser and fellow analyst Sam Posey on ABC-TV Indy 500 telecasts, remembered his friend as a man without pretense.

“He was just who he was,” Page said. “He lived the life he wanted, and we are all richer for it.”

Willy T. Ribbs, an African American driver who broke the color barrier at Indy in the early 1990s, came to Albuquerque for the service and was a pallbearer. Bobby Unser, Ribbs has said, was a mentor and a supporter at the time.