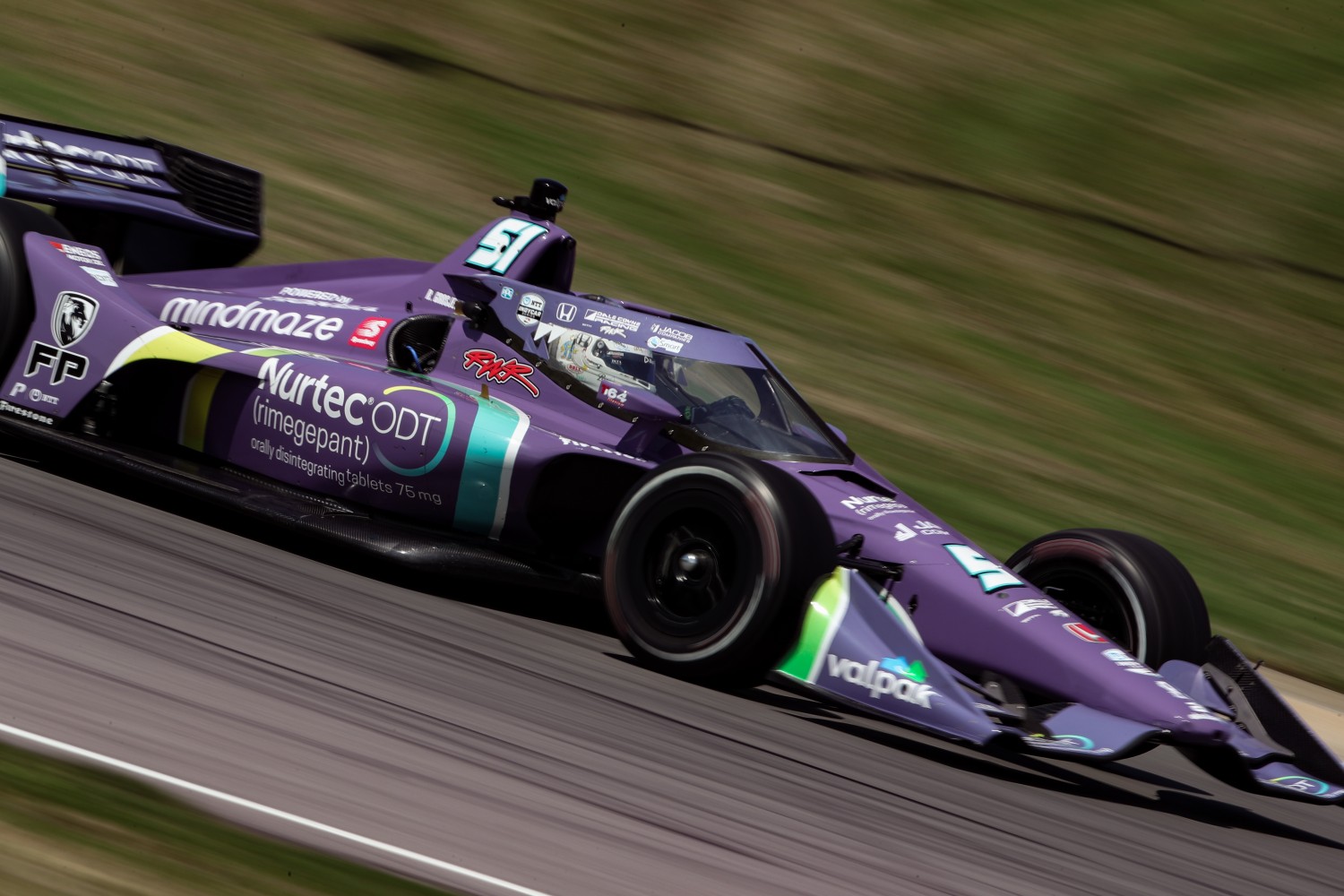 Biohaven Pharmaceuticals announced today that Nurtec® ODT (rimegepant) will be the primary partner for the Rick Ware Racing No. 51 NTT IndyCar Series program. Nurtec ODT’s vibrant colors have already been on display on the No. 51 Honda for the season opener at Barber Motorsports Park and the double-header weekend at Texas Motor Speedway. Nurtec ODT is the first and only CGRP receptor antagonist available in an orally disintegrating tablet (ODT) designed for rapid onset of action.

“We are grateful for the continued support of our partners at Biohaven and Nurtec ODT,” commented team owner Rick Ware. “Nurtec ODT is one, if not the only, partner in both the NASCAR Cup Series and NTT IndyCar Series, whose primary colors are on board every weekend. We have created some great programs for the 2021 season, and I’m excited to expand the program to cover the IndyCar Series full-time as well.”

Vlad Coric, M.D., Chief Executive Officer of Biohaven said, “We are having a great season thus far with the NASCAR Cup Series and look forward to continuing our partnership with the Rick Ware Racing team for the NTT IndyCar Series. There is tremendous work being done to raise awareness for migraine which is a debilitating condition that often impacts people the hardest in the most productive years of their life. I’m proud of the program we executed as part of the NASCAR Cup Series including the Military Salutes Program and am excited to raise the bar higher to help those with migraine through this partnership.”

Migraine is a recurrent neurologic disease that affects almost 40 million Americans and more than one billion people globally. It is considered the second most disabling disease, and people with migraine spend 5.3% of their life experiencing an attack.

Piloting the No. 51 NTT IndyCar Series Nurtec ODT Honda will be former F1 veteran and IndyCar rookie, Romain Grosjean. Following a nine-year Formula 1 career, which ended with the world watching as he escaped a fiery crash in the opening lap of the Bahrain Grand Prix in late November 2020, Grosjean was presented with different opportunities as he mulled over his next career move. Ultimately, the Frenchman decided that the highly competitive NTT IndyCar Series was the place to be.

Romain Grosjean commented earlier in the year, “I’m very excited for this opportunity to race in the United States in the NTT IndyCar Series. I had different options in front of me for this coming season and choosing to go IndyCar racing was definitively my favorite one. Although, I’m not ready yet to take on the ovals! IndyCar has a much more level playing field than what I have been used to in my career so far. It will be exciting to challenge for podiums and wins again. My left hand is still healing, but we are just about ready to get back into the race car and to start this next chapter of my career.”

In addition, Pietro Fittipaldi will jump in for the oval races throughout the 16-race season. Fittipaldi has already competed in the double-header at Texas Motor Speedway, and has the prestigious INDY 500 at Indianapolis Motor Speedway coming up Memorial Day weekend.