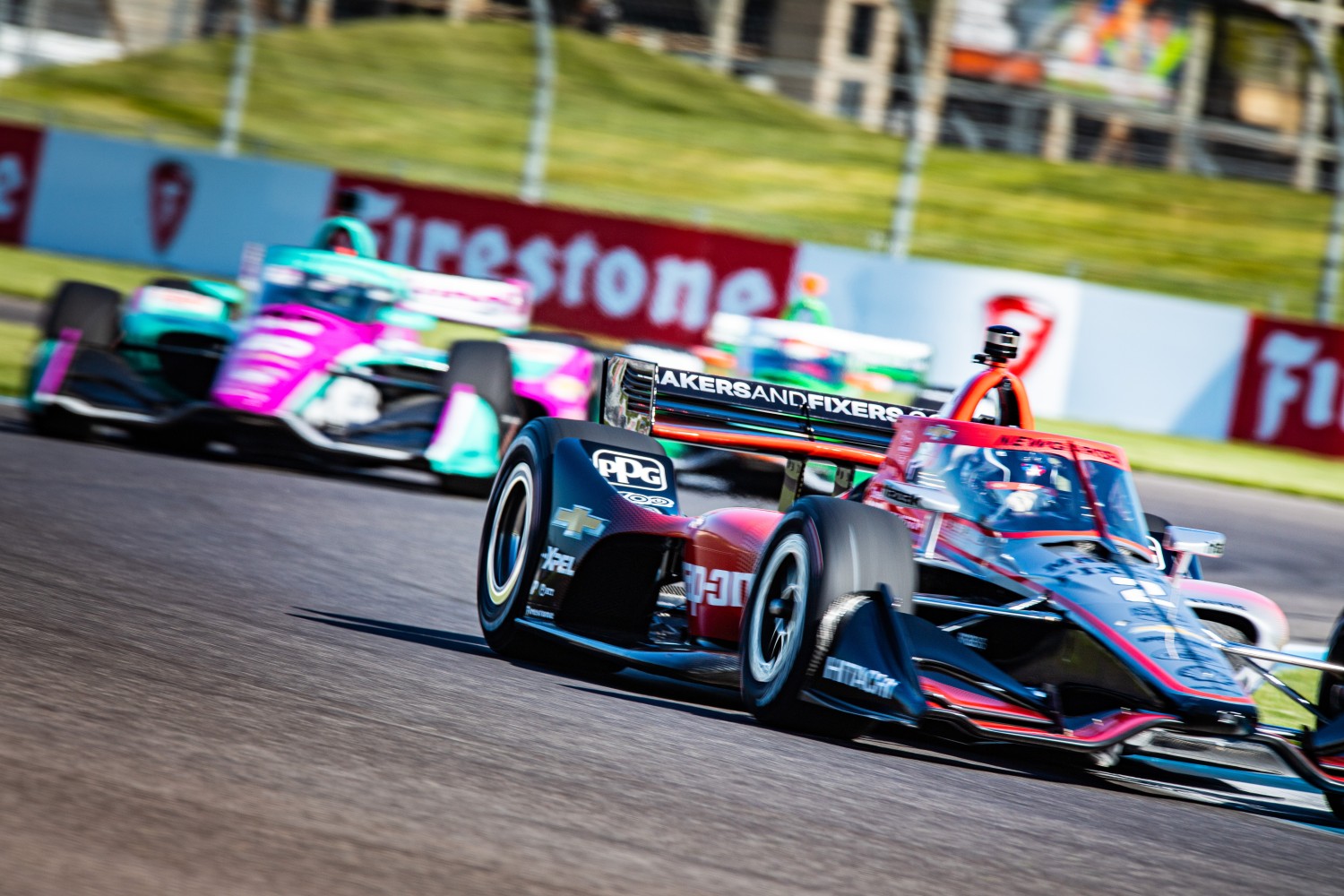 Josef Newgarden marked himself as favorite to win the pole later this afternoon after turning a lap of 1m09.3323s in his #2 Penske Chevy in final practice for the GMR Grand Prix on the Indianapolis Motor Speedway Road Course.

Will Power was 3rd in another Penske Chevy and Scott McLaughlin 5th giving the best team in IndyCar, Team Penske, three of the top-5 positions.

Colton Herta was the fastest Andretti Autosport driver in 4th and the only Honda powered car in the top-5.

Scott Dixon was only 23rd in his Ganassi Honda after suffering a clutch problem and missing a good part of the session.

NASCAR Star Jimmie Johnson was 24th and at least this time he was not the slowest driver on the track, that honor belonged to Juan Montoya.  Johnson was a massive 1.6s off the pace, but at least he is closing the gap to the leaders with each race after ‘lazy’ racing all those years in NASCAR.

Next up is qualifying later this afternoon, and you would have to be crazy to bet against a Team Penske Chevy car to sit on pole for tomorrow’s GMR Grand Prix.