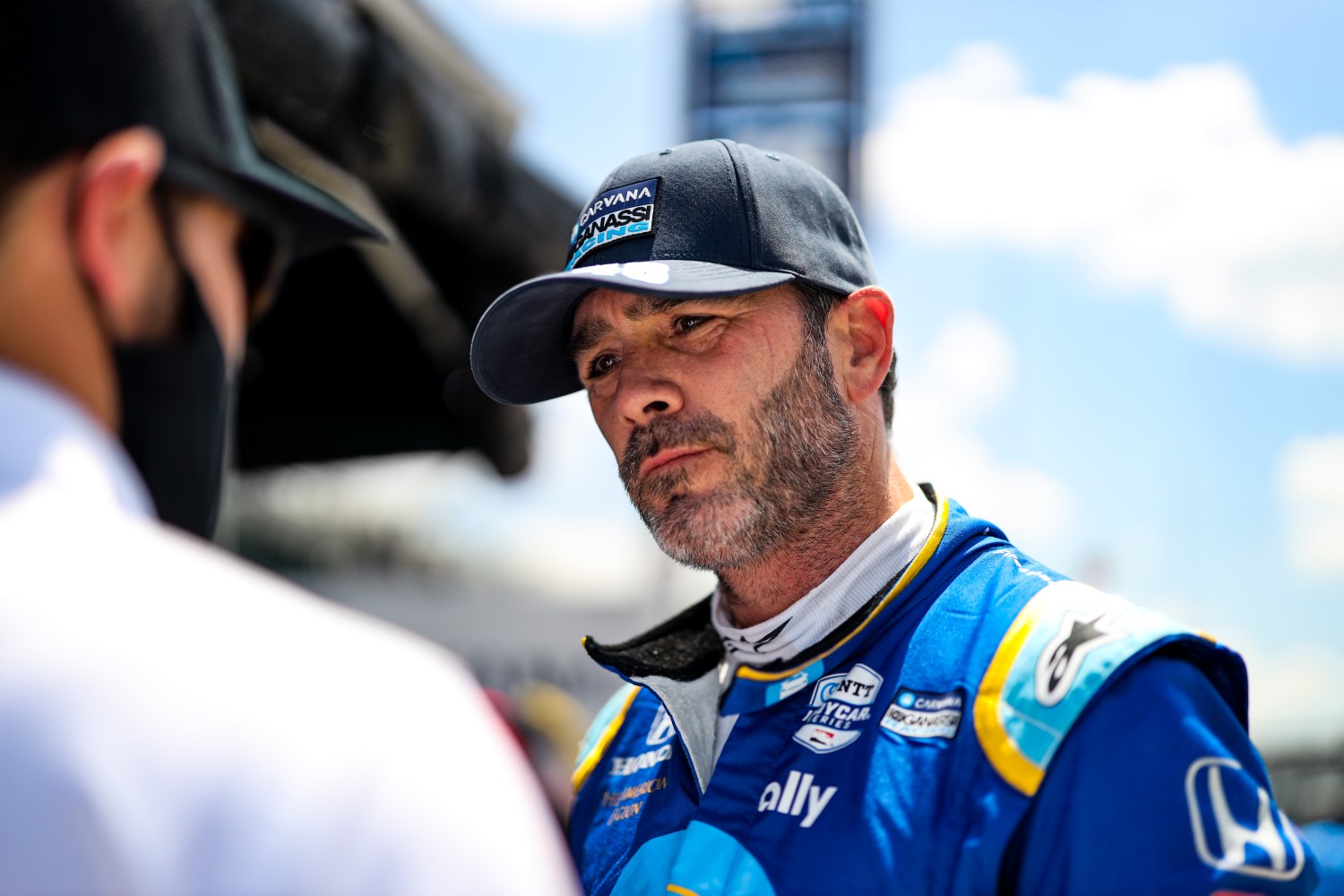 Seven-time NASCAR champion Jimmie Johnson says he found driving IndyCars is much harder than he realized, both from a raw speed standpoint and the physical conditioning required.

“IndyCar is about as tough as it gets,” Johnson told Insider. “I feel like before the season started, I felt like I would be a little short on single lap time, but that maybe my racing craft and racing experience come race day would excel.

“But to my surprise, I found out that I’ve been a little closer on my single lap time than I expected and struggling a bit more in traffic and in race conditions.

“These cars are just much different in the aerodynamic requirements and how they interact with others around. And then the format of the races are far different than what I experienced in NASCAR. So the two races I’ve had had been really big learning experiences for me.”

Asked if there was one thing in particular he has struggled with, Johnson said: “I would say the physicality of the car.

“We don’t have power steering, so all of the loads that the car produces in speed, downforce, grip, all of that is put through your upper body. That’s put a much higher premium on physical conditioning.”

“I’ve been very good at endurance races,” said. “I’ve done a lot of marathons, triathlons and stuff where you hold a steady heart rate for a long period of time.

“The IndyCar really drives a really high heart rate for short durations, so I’ve had to change my training program and try to adapt.

“A bit of weightlifting, a lot of time on these machines that really drive your heart rate up, like rowing machines and battle ropes.

“So really high intensity sets, you know, it depends on how long they feel like punishing you that day. But a lot of time spent on those three devices, just trying to log that high heart rate and physical demand that comes with it.”

“This is something I wanted to do as a kid growing up,” he said. “Opportunities led me to NASCAR and I’m very thankful for all those wonderful years I had and great experiences I had.”

“But now I have an opportunity to come back to what I wanted to do in the beginning.

“This is really for me, this is about me. And I’m kind of back in that simplest form of racing, the way that I started racing, and just doing it because it’s something I love to do.”