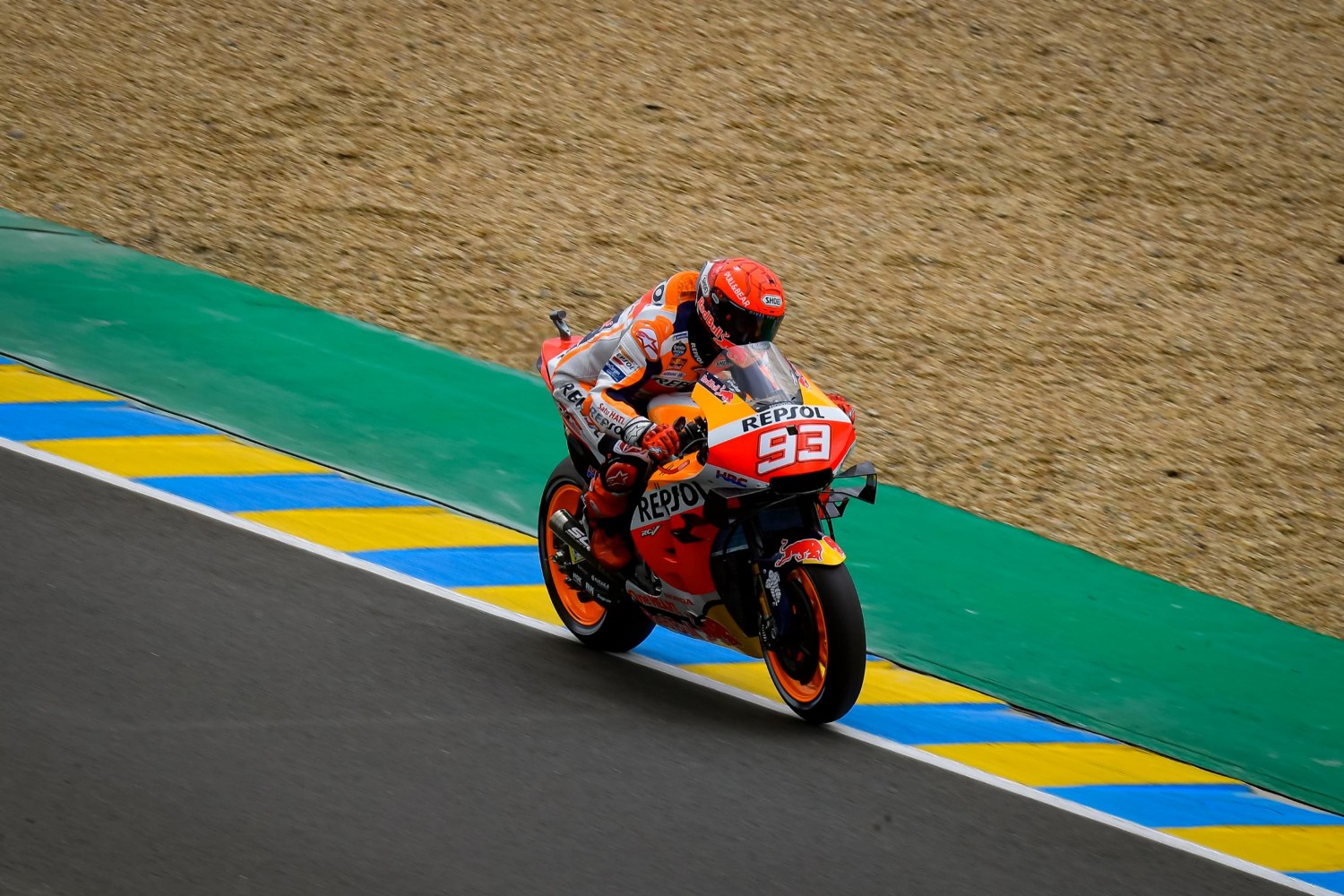 The rain didn’t continue and by the end of the session, the asphalt was nowhere near as damp as it was at the start. This saw pretty much every rider improve their times late on, but no one had an answer for Marc Marquez’s superior pace in tricky conditions.

The conditions catch out @jackmilleraus! 💢

A crash at La Chapelle for the Australian! 👀#FrenchGP 🇫🇷 pic.twitter.com/ELNLazJbBJ