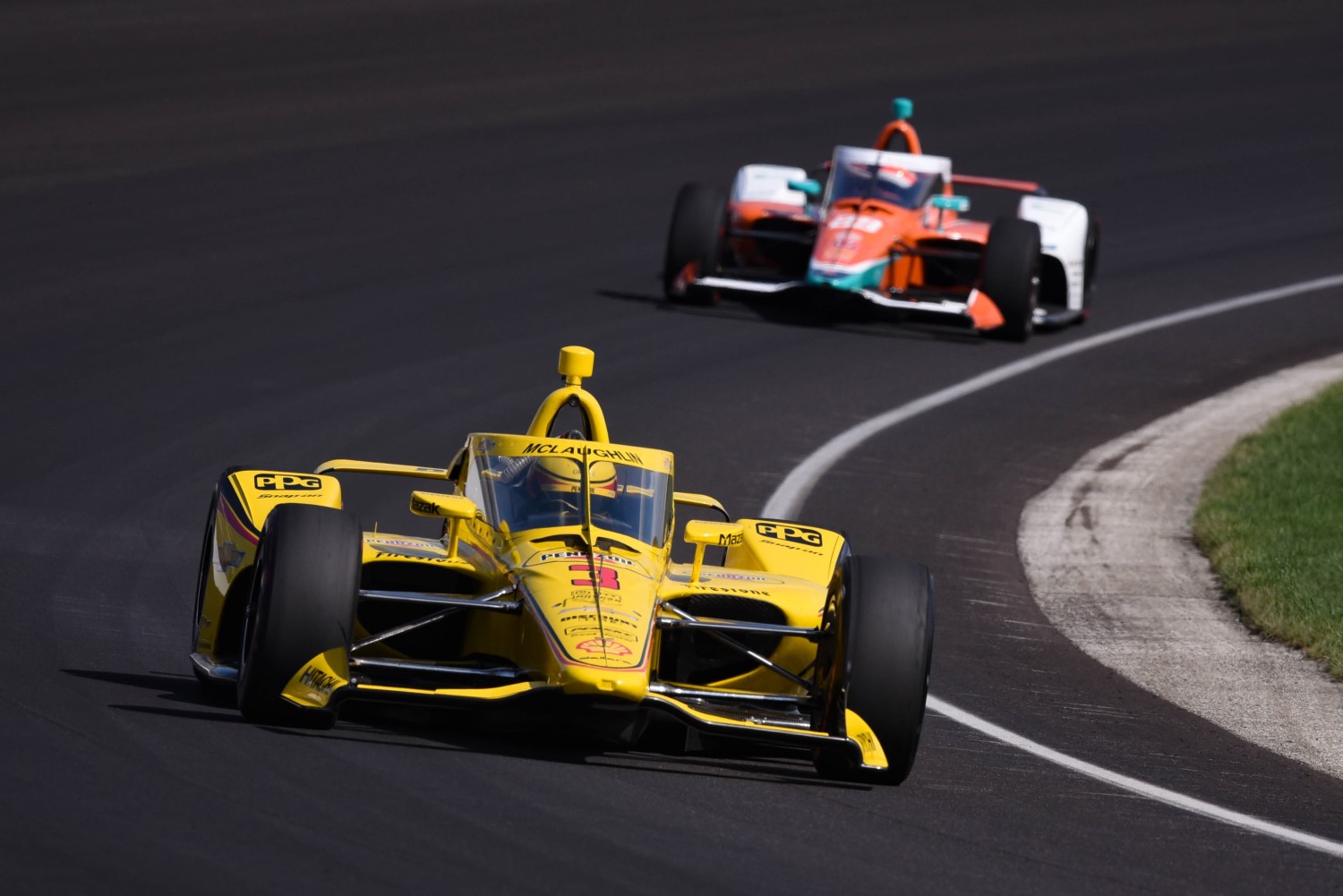 Fresh off two NTT INDYCAR SERIES victories in a row, Chevrolet drivers turn their attention to the 2.5-mile Indianapolis Motor Speedway oval and “The Greatest Spectacle in Racing.”

Practice for the 105th Indianapolis 500 presented by Gainbridge begins Tuesday, May 18.

NBC and NBCSN will telecast qualifications to set the 33-car field on Saturday, May 22, and Sunday, May 23.

Rinus VeeKay will attempt to join Pagenaud and Power in sweeping the Month of May races at Indianapolis Motor Speedway. VeeKay, who will drive the No. 21 Bitcoin Chevrolet for Ed Carpenter Racing, earned his first Series victory May 15 in the GMR Grand Prix on the 3.439-mile,14-turn IMS road course. VeeKay paced Chevrolet drivers in the 2020 Indy 500 by qualifying fourth in his rookie run.

“I’m very keen to try to sweep the month of May. That’s of course my goal,” said VeeKay, 20, of The Netherlands. “The mentality and everyone’s confidence is super high at the team, so I think we can definitely go for that win. We’ve had an awesome car last year, and Ed Carpenter Racing has showed the last few years that they have the car to win the ‘500’. I feel super confident.

“First race win takes a lot of pressure off. Now I can just drive the ‘500’, and now it’s just going to be focusing on the best possible result. I want to thank Ed Carpenter Racing for everything they’ve done for me so far, and Chevy for the great engines. Indy 500 coming up, lots of power, lots of speed. I’m sure we’ll be good.”

Overall, Chevrolet has 11 victories in the Indy 500 and another six have been recorded by General Motors’ brands. It’s also the 100th anniversary of Tommy Milton winning the Indy 500 in a car owned by company co-founder Louis Chevrolet.

Simona De Silvestro, the 2010 Indianapolis 500 Rookie of the Year, returns for the first time since 2015 in the No. 16 Rocket Pro Chevrolet for the team owned by Beth Paretta.

Pato O’Ward, the 2020 Indy 500 Rookie of the Year, claimed his initial Series victory May 1 on the Texas Motor Speedway oval in the No. 5 Arrow McLaren SP Chevrolet. JR Hildebrand, runner-up in his first ‘500’ start and Montoya are also former rookie of the year winners who will rely on Chevrolet power this year.

Scott McLaughlin, driving the No. 3 Pennzoil Team Penske Chevrolet, and RC Enerson in the No. 75 Top Gun Racing Chevrolet are among the three Indy 500 rookies. McLaughlin has three top-10 finishes in the five NTT INDYCAR SERIES races, including runner-up at Texas Motor Speedway in his first oval race.

NBC will telecast the 200-lap race at 11 a.m. ET Sunday, May 30. The 2021 mid-engine Chevrolet Corvette Stingray hardtop convertible will lead the field to the green flag. The 2021 race marks the 32nd time for Chevrolet to pace dating to 1948, and the 18th time since 1978 for America’s favorite sports car.