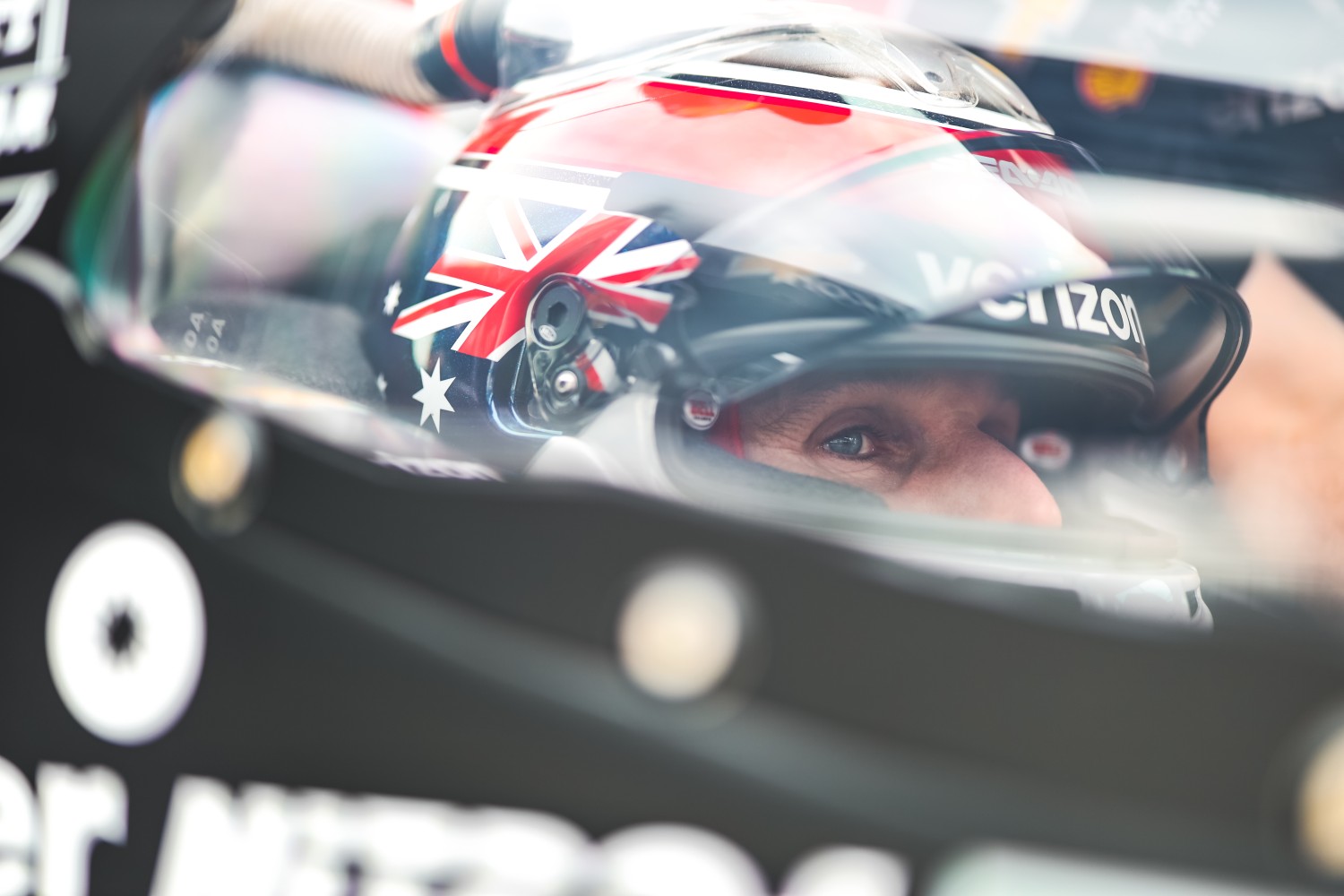 The top drivers all put up their fast times on Day 1 of practice for the 2021 Indy 500 using the slipstream to their advantage.

The Penske Chevys looked the most stable of all the cars running and Will Power showed the way in the #12 Penske Chevy at 226.470mph.

Two previous 500 winners – Ryan Hunter-Reay and Takuma Sato were 2nd and 3rd, the only other drivers over 226mph.

“Just a big tow,” Power said of the aerodynamic pull of leading cars. “It’s as simple as that – trying to catch that train. But as far as in traffic, I felt pretty good. Running with two or three cars in front, I felt as comfortable as I have in a while.”

INDYCAR introduced a regulation in 2021 that requires teams to fill in the front half of the “hole” in the underwing of the Dallara chassis with a carbon fiber clam-shell piece. This increases downforce and reduces the reliance on the front wing, which will create more passing. After just one day in traffic, 2014 NTT INDYCAR SERIES champion Power thinks the changes will generate even more action on Race Day, Sunday, May 30.

“It’s promising,” Power said. “I think adding that downforce is certainly going to help the racing. I think you’re going to have one of the old-style races where the front three are just swapping positions constantly because you can follow so close now. I think it will be good. It’s good for the fans.”

Power was the busiest and fastest of the 35 drivers on track today, turning 87 laps. The field combined to turn 2,369 laps overall.

Graham Rahal led the morning session for veteran drivers, which was interrupted by three times by light rain. His top lap was 223.449 in the No. 15 United Rentals Honda, and that stood as his top speed of the day.

After a rain delay of two hours, 20 minutes, the track opened for two hours for the Rookie Orientation Program and veteran refresher tests.

JR Hildebrand and Stefan Wilson completed their refresher tests in the No. 1 ABC Supply Foyt Stewart Racing Chevrolet and No. 25 LOHLA SPORT/Cusick Motorsports Honda, respectively. RC Enerson was the only one of the three rookies assigned to cars who didn’t complete his rookie test during testing in April, and he was nearly finished with the second of the three phases of his test when mechanical trouble struck his No. 75 Top Gun Racing Chevrolet.

Enerson will return to the track at 11 a.m. Wednesday to try and finish the second and third phases of his rookie test. The track is scheduled to be open from noon-6 p.m. for open practice