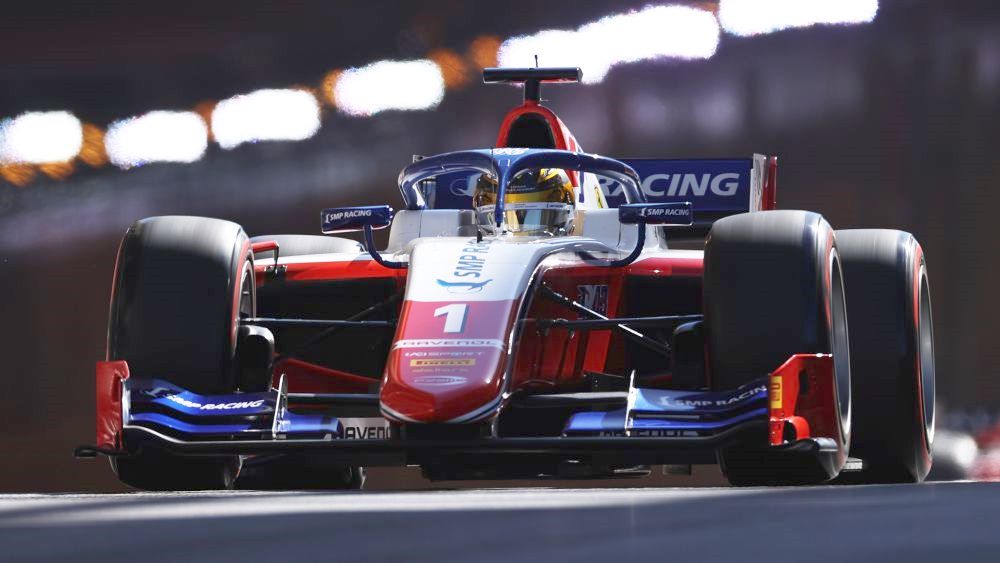 PREMA Racing’s Robert Shwartzman pulled off a storming lap in the final two minutes of a disrupted Free Practice in Monte Carlo, setting 1:22.041 to finish more than half a second ahead of Carlin’s Dan Ticktum and Hitech Grand Prix’s Jüri Vips.

There were three stoppages in the opening 20 minutes of the session, the first coming with only six lap times on the board, after Marino Sato came to a halt on track and brought out a Red Flag.

A second was required after Gianluca Petecof’s Campos went up in smoke, but not before a full set of fast laps from the grid, with Felipe Drugovich the quickest of the lot, running at 1m 24s.

Liam Lawson was the first to try out the Super Soft tires when action resumed, but the Hitech Grand Prix racer wasn’t able to set a fresh time due to a third stoppage. This time only a Virtual Safety Car was required, after Bent Viscaal clipped the wall.

The field finally got some uninterrupted running in with 17 minutes to go, Vips breaking the 1m 24s barrier to leap to first. The Estonian improved again on his next run, strengthening his place at the top of the table with a tour of 1:22.628.

The times started to tumble in the final two minutes of the session, with Shwarztman thumping around the streets of Monaco on softs to steal first, beating Vips’ time by nearly six tenths. Ticktum jumped the Hitech as well, but was still half a second off the Russian.

Vips did hold onto P3, beating out Drugovich by 0.035s. Ralph Boschung – who had briefly held P2 in the final five minutes – finished sixth behind the second PREMA of Oscar Piastri.

Taking seventh and eighth, Liam Lawson and Marcus Armstrong were more than a second off the leading lap, while Guanyu Zhou and Roy Nissany completed the top 10.