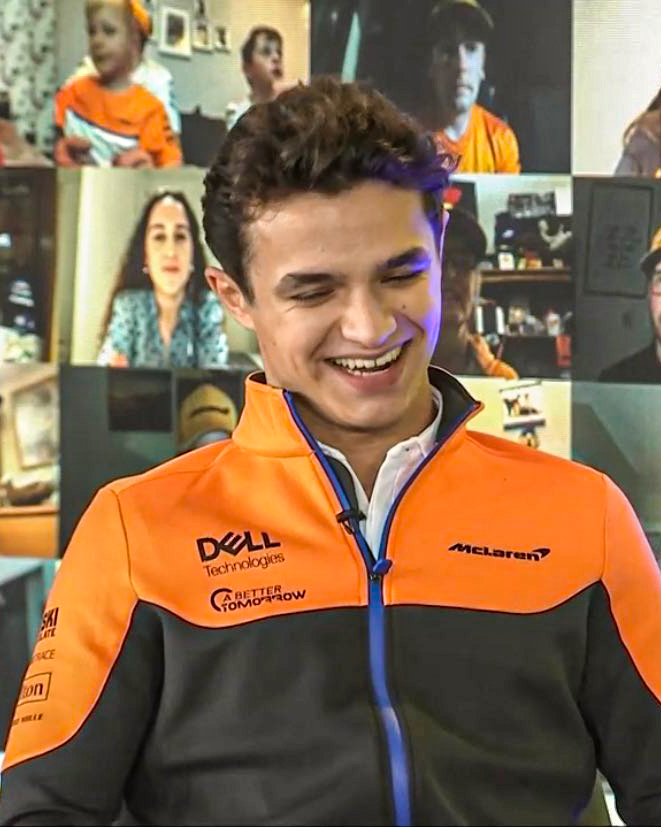 Last year and in 2019, the pair were closely matched at McLaren, with Spaniard Sainz accepting an offer to switch to Ferrari for 2021.

Now, McLaren has extended 21-year-old Norris’ deal at least for the next two years, and Sainz says he fully deserves it.

“There is a whole group of drivers who are fighting at the same level, and I would include Lando among them,” 26-year-old Sainz said in Monaco.

“They are all potential world champions, they just need the right car to take the title,” he added, including himself and his own teammate Charles Leclerc among them.

“Many other drivers too,” said Sainz. “The level in Formula 1 is so high that unfortunately it’s more about what the team can do and not what we can do.

“But I think Lando has the potential to win races and bring McLaren to the top.”

The exact length of the 21-year-old’s deal was not disclosed, but reports have emerged that Norris will pocket $11m-a-year, a significant pay bump from his previous deal.

It comes on the back of an extremely bright start to the season, which has seen Norris finish fourth twice and claim the third step on the podium another time during the first four races.

He currently leads his much more experienced teammate Ricciardo 3-1 in the head-to-head as the Aussie continues to take his time to adjust to the new McLaren following his switch from Renault.

And despite taking a reported big pay cut to join McLaren, he is still earning more than 50 per cent more than what is teammate is taking home annually.

His McLaren deal is worth a reported $17m-a-year and runs until the end of the 2023 season, $6m-a-year more than his junior teammate.