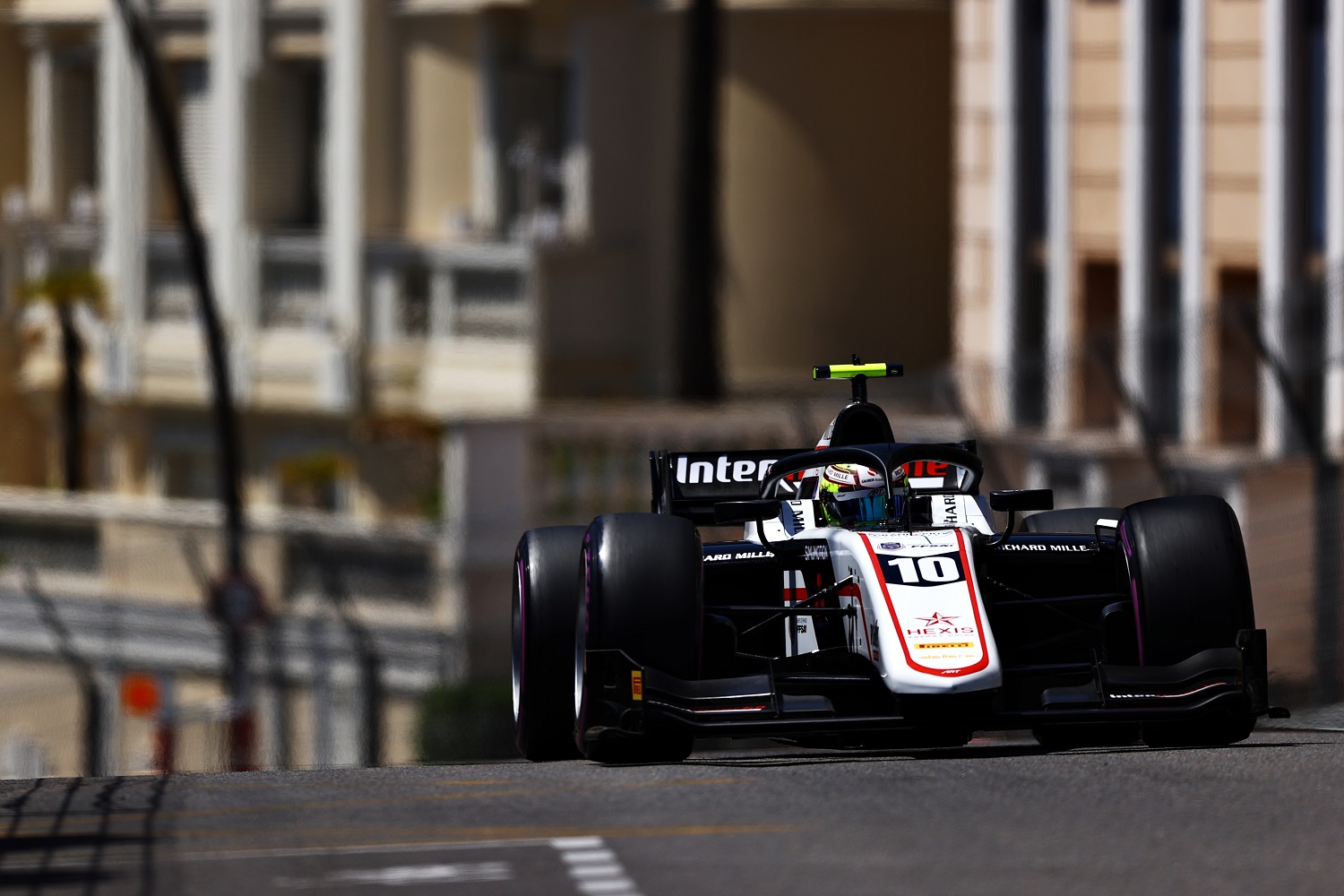 Théo Pourchaire (shown above) will start his first-ever Feature Race in Monte Carlo from the front of the grid. The 17-year-old putting on a magnificent drive in qualifying to become the second tier’s youngest ever polesitter, beating Robert Shwartzman by nearly half a second.

Labelling Monaco as a home race ahead of the weekend, Pourchaire said he only lives around 45 minutes from the historic street circuit, but had never actually raced there before. Not that you’d have known, the Frenchman beating Oscar Piastri – who will start P3 – by 0.458s with a time of 1:20.985 in Group A.

Despite knowledge of the time to beat, and slightly greater track evolution, Shwartzman wasn’t able to better the ART Grand Prix driver’s time in the second group. Finishing first ahead of Dan Ticktum, the PREMA driver was still 0.418s off Pourchaire and will start from second.

As is standard for Monte Carlo, qualifying was split into two groups of 16 minutes each, with Group A made up of even-numbered cars.

Jüri Vips and Felipe Drugovich leapt to first and second as the initial fast laps came in, but there was still more time to be found, with the latter scraping the barriers on his way around.

Vips improved on his time to retain first on his next tour, but then clipped the barriers on the final push and handed an opportunity to Pourchaire, who responded by going half a second faster than the Red Bull junior, with a lap of 1:20.985.

Oscar Piastri couldn’t find as much time as Pourchaire, but did better Vips’ effort to jump from sixth to second. Roy Nissany dove into P4, dropping Drugovich down to fifth.

With Pourchaire watching on intently from the pitlane, Round 1 polesitter Guanyu Zhou set the fastest time of the first push in Group B, but remained more than a second off the provisional polesitter.

The UNI-Virtuosi man fell to fourth on the second run with a poor middle sector, as Free Practice leader Shwartzman stole first, ahead of Ticktum and Christian Lundgaard.

Track temperature was continuing to rise as the last set of push laps began and Ticktum briefly snatched P1 from Shwarztman, but the Russian swiftly stole it back at the checkered flag, with a lap of 1:21.403.

One of just four drivers with experience of driving an F2 car around Monaco, Ralph Boschung put his Campos in third place, relegating Lundgaard to fourth and Zhou to fifth.

With the results aggregated, Pourchaire will start the Feature Race from pole, flanked by Shwartzman. Piastri will line up in third, ahead of Ticktum. Vips will start from fifth, with Boschung sixth, Nissany seventh and Lundgaard eighth. Drugovich and Zhou complete the top 10.

Finishing 10th overall, Zhou will start from reverse grid pole in Sprint Race 1 on Friday at 11.45am local time.