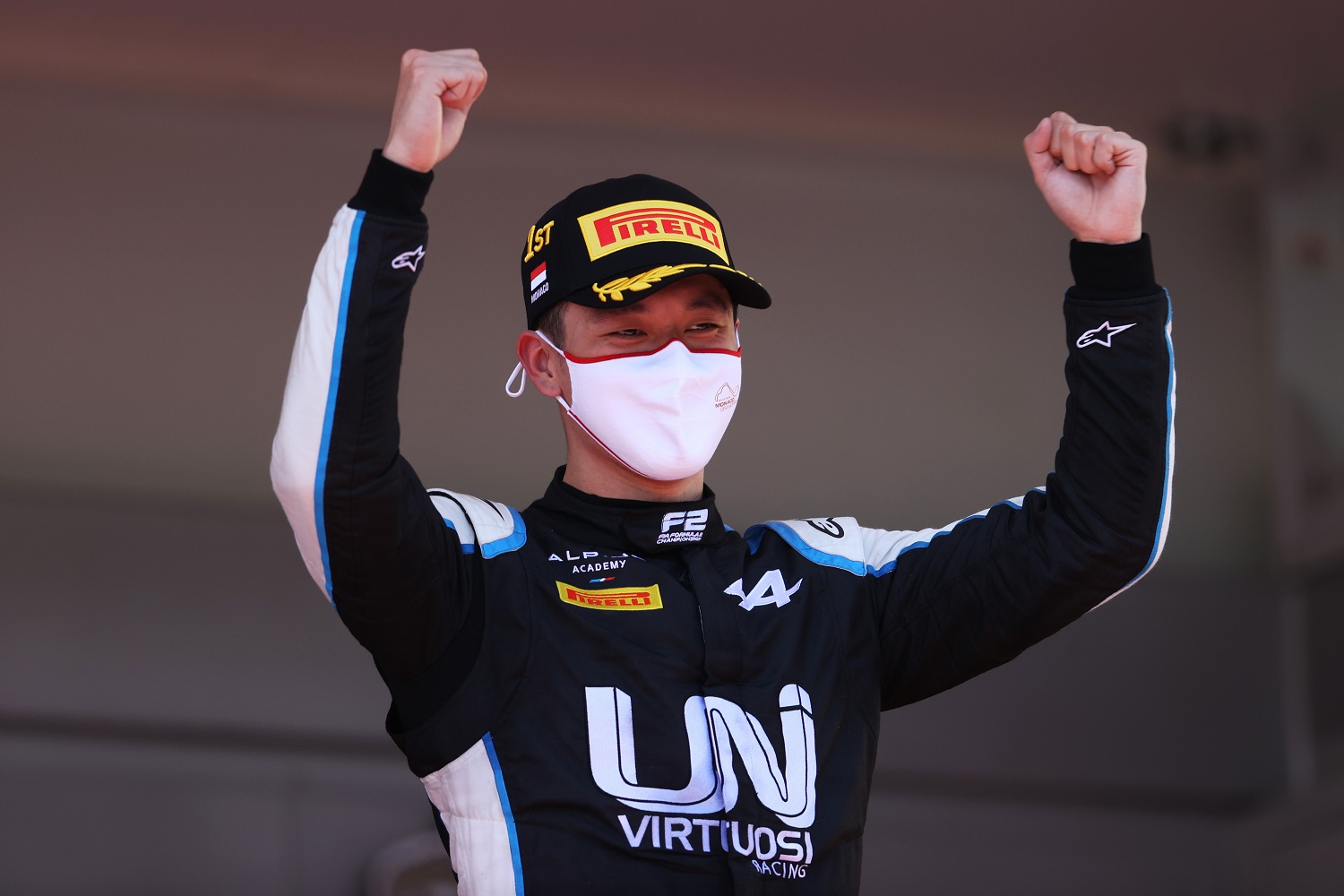 Guanyu Zhou strengthened his early lead of the Drivers’ Championship in Sprint Race 1 at Monte Carlo, surviving a late Safety Car to win at a canter over Felipe Drugovich. Like in any good parade where no one can pass, the UNI-Virtuosi racer led from lights-to-flag, with the Brazilian claiming P2 after Christian Lundgaard was forced to retire from second with mechanical issues.

Roy Nissany said Monaco is all about “the mental game,” in the lead-up to the race, and the DAMS’ racer played it well, holding off Campos’ Ralph Boschung for a first Formula 2 podium.

It was a rather calm affair around the streets of Monte Carlo, with Jüri Vips coming out on top of a race-long battle with Dan Ticktum for fifth. While Théo Pourchaire continued his hot form in Round 2, making up three places to seventh, ahead of PREMA Racing’s Oscar Piastri.

One of just four drivers to have experienced the streets of Monaco in a Formula 2 car before, Zhou enjoyed a near-perfect getaway off the line, coolly pulling off into the distance when the lights went out.

The Chinese racer was expecting to go head-to-head with his UNI-Virtuosi teammate Drugovich, but instead it was his Alpine Academy rival, Lundgaard, who was breathing down his neck at the exit of Turn 1. The ART ace had taken the inside curb to pass Drugovich for second at the start.

Qualifying on the front row on Thursday, Robert Shwartzman experienced contrasting fortunes in Sprint Race 1, pushing too hard and whacking the wall of Casino Square. The Russian limped back to the pits with half a front wing and attempted to get back out, but was eventually forced to retire.

A fierce battle was emerging between Vips and Ticktum, with the duo trading fastest laps in a battle for sixth. One place further back was the star of Qualifying, Pourchaire, who was continuing his fearless debut in Monte Carlo, making up two places to P8 inside of the opening 10 laps.

Having bridged a 3s gap between himself and Zhou, Lundgaard’s podium was suddenly under threat as smoke bellowed from the back of his ART. The Dane slowed significantly and began to drop down the order, before coming to a stop and bringing out a yellow flag.

Also eyeing a maiden rostrum in F2 was Boschung in fourth. Confident on the back of securing his best qualifying position at this level on Thursday, the Swiss racer was pushing his Campos in pursuit of Nissany, but couldn’t bridge the gap and settled for P4, his highest finish in F2.

The Swiss’ teammate Gianluca Petecof didn’t enjoy quite as positive an outing, colliding with the wall at the second part of the swimming pool corner and coming to a halt on track. A full Safety Car arrived on the scene with the potential to change the entire race, crushing Guanyu Zhou’s 8s gap and triggering a three-lap dash to the finish line.

Displaying nerves of steel, Zhou aced the restart ahead of Drugovich and began to build up the gap between them once more, creating a 2s buffer within the first of the three closing laps.

There was a fourth retirement as Marino Sato put his Trident in the wall on the penultimate lap, but the marshals worked swiftly to ensure they wouldn’t need another Safety Car.

The points’ scorers all stayed out of trouble on the closing lap, but just behind them Marcus Armstrong was closing in on Jehan Daruvala. The DAMS’ driver deemed the move a risk worth taking and dramatically dove past the Carlin driver at the finish line to snatch reverse grid pole for Sprint Race 2.