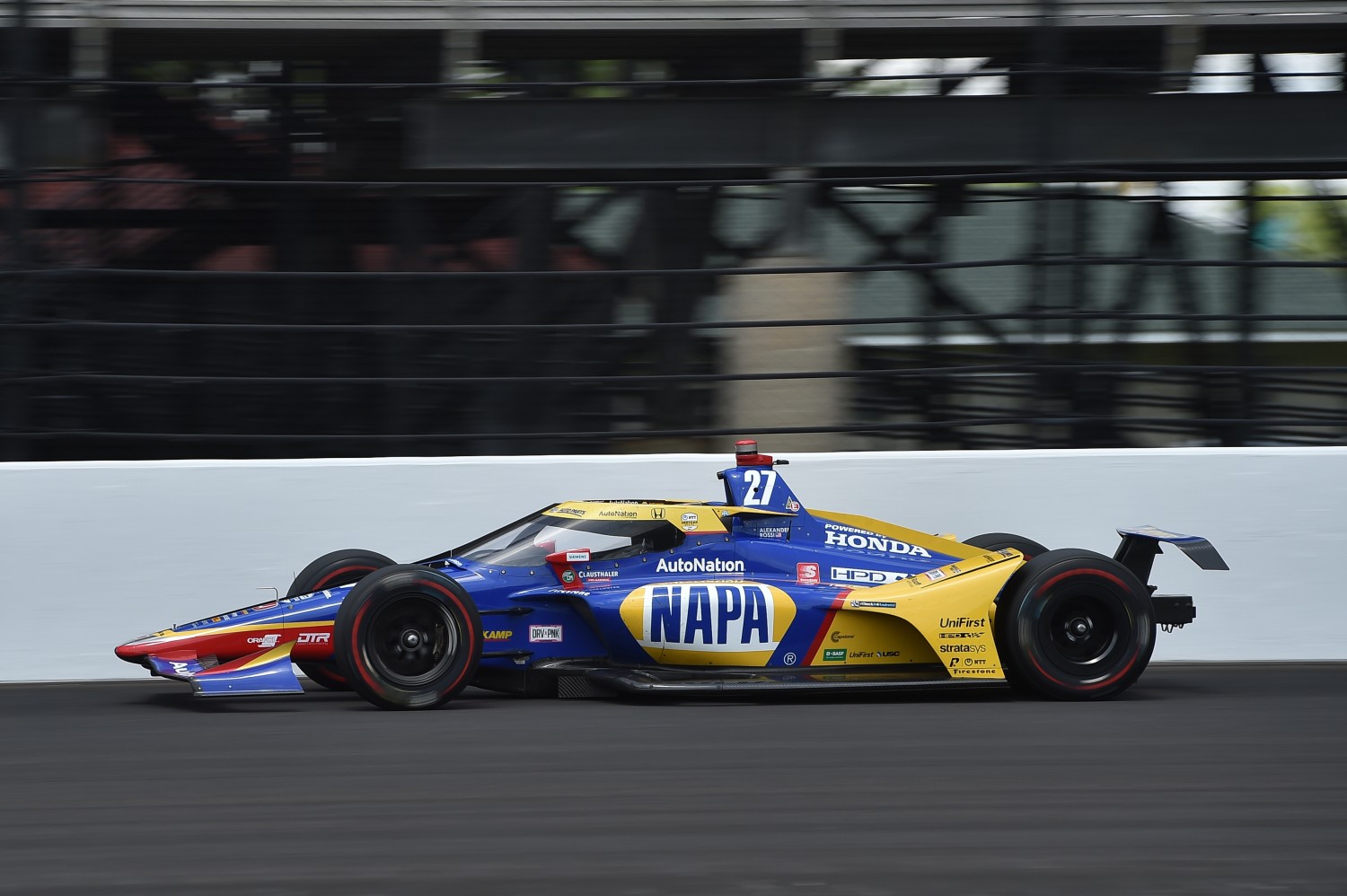 9 of the top-10 fastest 4-lap averages are Honda powered so far.

Alexander Rossi (shown above) has now turned the fastest lap of the day in his #27 Andretti Honda, and he did it without a tow – 231.598 mph – very potent in the heat of the day.

Rossi turned an almost identical speed on his 2nd lap and wanted to complete a 4-lap run to see what his 4-lap qualifying average might be, but it was ruined by Josef Newgarden who went out in front of him.

Rossi was livid on the radio.  Might Rossi have some words for Newgarden?

With the turboboost turned up on what is known as Fast-Friday, the IndyCar drivers are turning laps over 230 mph.

Fastest so far is Ed Jones at 231.379 mph in his Dale Coyne Racing Honda, but that speed was set with a tow.

Third fastest with a no-tow speed was Graham Rahal in the #15 RLL Racing Honda. In 4th was Tony Kanaan in the #4 Ganassi Honda and Scott Dixon in the #9 Rahal Honda.

Honda-powered cars have the 6 fastest no-tow speeds so far today, with the fastest Chevy-powered car being Rinus Veekay in the #21 ed Carpenter Chevy.

The days not over, but we won’t see Arie Luyendyk’s qualifying record broken this weekend. That was set in a Champ Car in 1996 at 236.986 mph over 4 laps. That was 15 years – which goes to show how much IndyCar racing was set back by the formation of the IRL.  They still cannot break that record, even after 15 years.