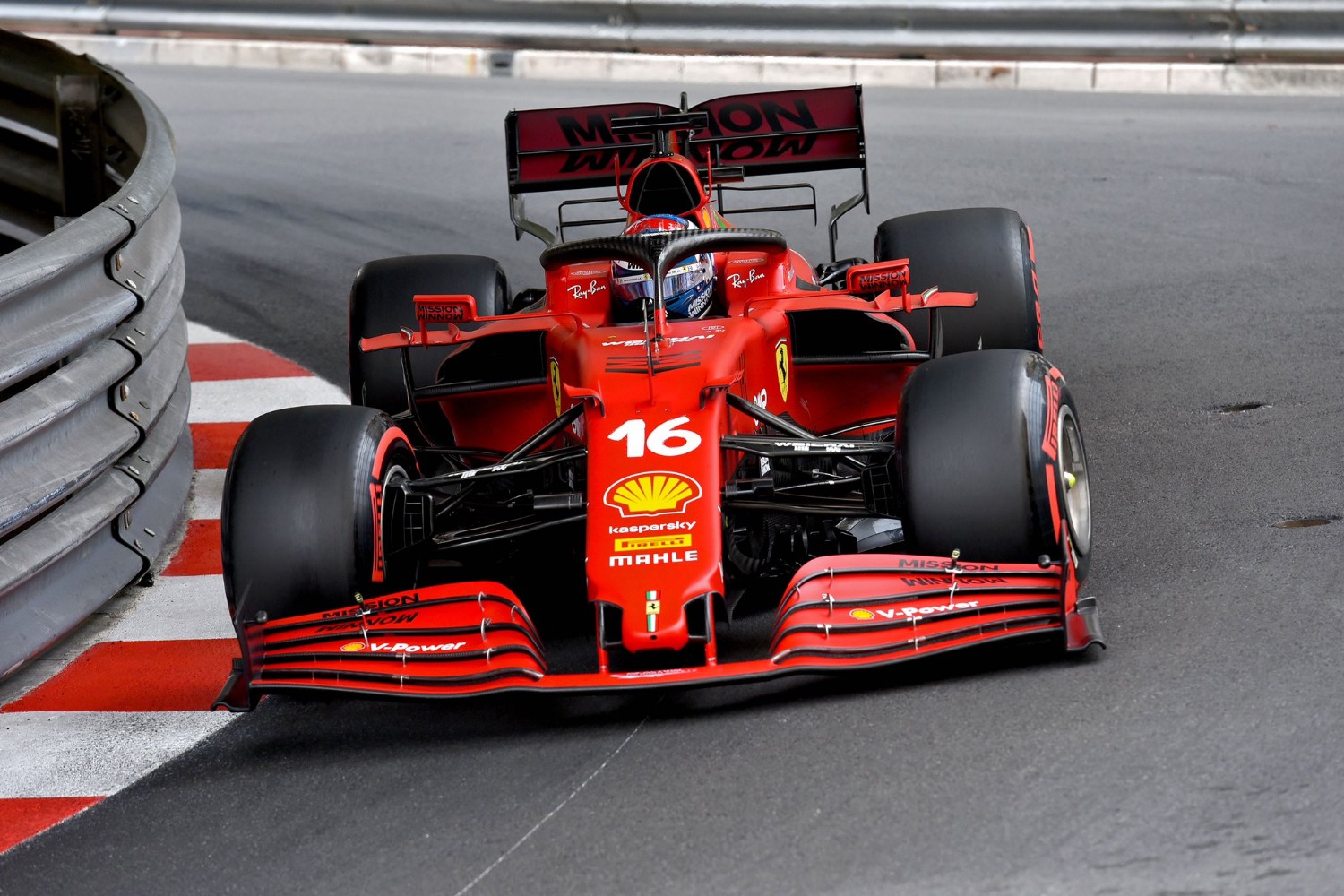 In a frantic F1 qualifying session on the streets of Monte Carlo, Charles Leclerc edged out Max Verstappen to take pole position for the Monaco GP. The Ferrari driver turned a lap of 1m10.346s with more than 5 minutes to go and no one could beat it.

Luckily for him because with less than 1-minute to go in the session the Monégasque clouted the barriers hard at the exit of the Swimming Pool, the same place Nicholas Latifi crashed his Williams in FP3.

Replays showed that the Monegasque clipped the inside barrier at the chicane, which sent him straight on into the opposing wall. It was a fairly hard shunt.

Whether he starts from pole depends on whether he damaged the gearbox in the crash.  If so, that will be a 5-place grid penalty.

“We are worried, we are checking it – it is too early to tell,” said Ferrari boss Mattia Binotto.

The gap between Leclerc and Verstappen was 0.230 sec. and it was the first pole for a Ferrari in years.

“It’s a shame to finish in the wall, but at the same time, I’m crazy happy about my first lap,” said Leclerc. “Second, and third sector – I nailed it. It’s a bit of a surprise for everyone [in the team] to be on pole, but I’ve always been very unlucky here, so let’s see.”

Not how Charles Leclerc would have expected to take his eighth pole position 😱#MonacoGP 🇲🇨 #F1 pic.twitter.com/1Dq2Sg4Y7Q

Plenty of drivers were on a hot lap when the red flags came out of course, so there will be very mixed reactions to that session.

“I felt really comfortable, I was really building up to it,” said Verstappen. “It was going really well, the red flag ruined the chance for pole. Nevertheless, a very good weekend so far. It was working out well.”

Third quick was Valtteri Bottas, 0.255s behind the Ferrari, but the biggest surprise was Lewis Hamilton who could only manage 7th best 3/4 of a second behind.

It is rare to see Hamilton so far down the order – in fact, it is the first time he hasn’t qualified in the top six for the best part of three years. He started 14th at the German Grand Prix in 2018, but did go on to win that day after Vettel crashed out with a big lead in the wet.

“Need to go back to the drawing board, we’re definitely having problems today. Saturday is the day, for sure the win is out of reach,” lamented Hamilton.

Sebastian Vettel had his best qualifying session of the year with his new team, qualifying the #5 Aston Martin in 8th place 1-second off pole.