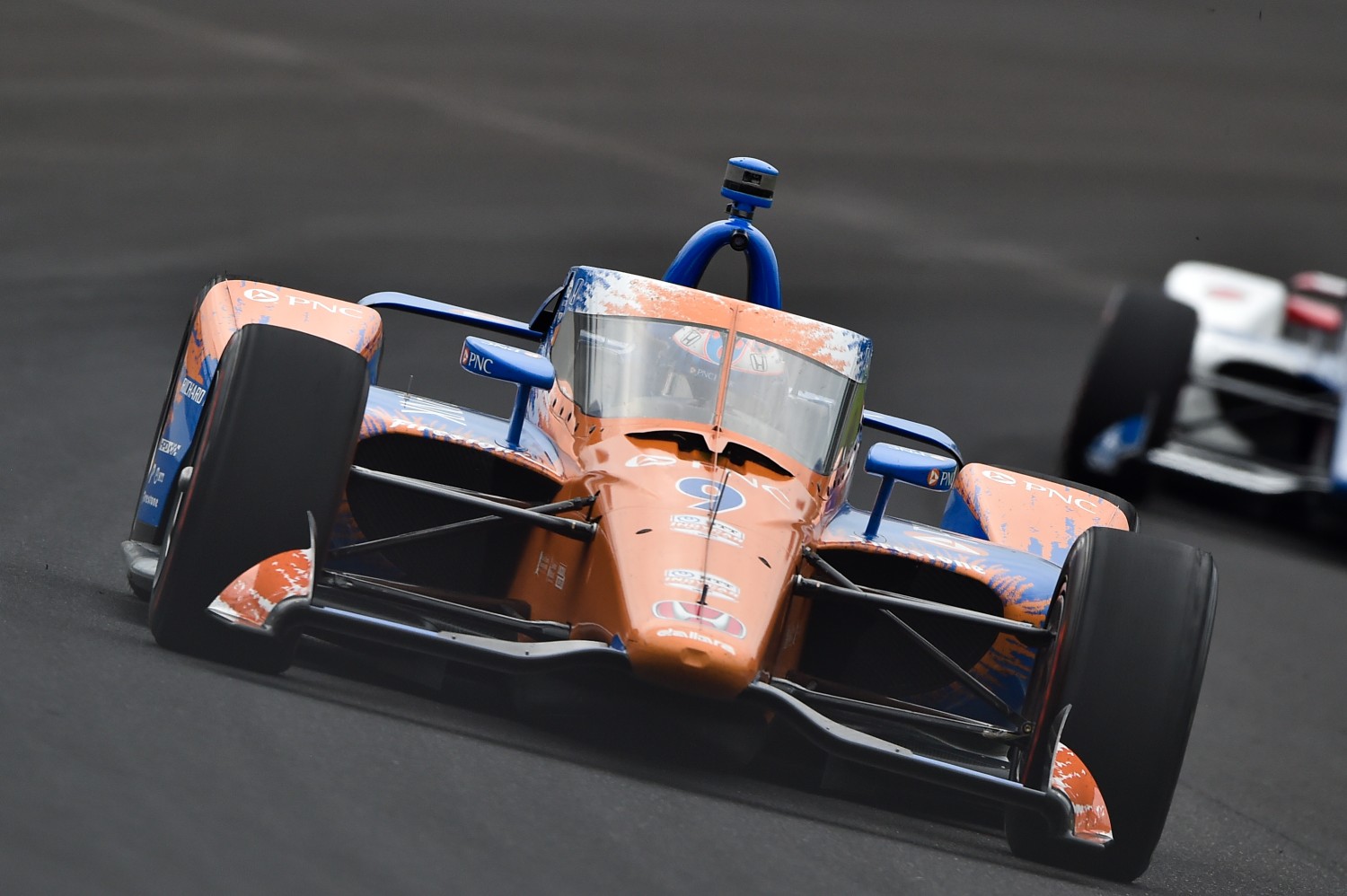 Scott Dixon, the series 2020 Champion,  captured the provisional pole for the the 105th running of the Indy 500 and held that position all day.  Under cloudy skies with temperatures in the 80s, the 2008 winner was the first off of pit lane this afternoon.

Colton Herta, the Andretti Autosport number 26, took the second spot.  The 23 year old was less than .200 of a second off of Dixon’s four lap average.

Dixon’s teammate, the 2002 Indy 500 winner, Tony Kanaan turned the 3rd fastest speed to get a spot in the top nine qualifiers.  Kanaan in the number 48 entry is driving only the oval races this season, filling in for Jimmie Johnson.

Ed Carpenter, who has qualified in the fast nine in the last eight years,  captured the 4th fastest slot.  Carpenter, a local favorite in Indianapolis, has been on the pole three times in the last 8 races. 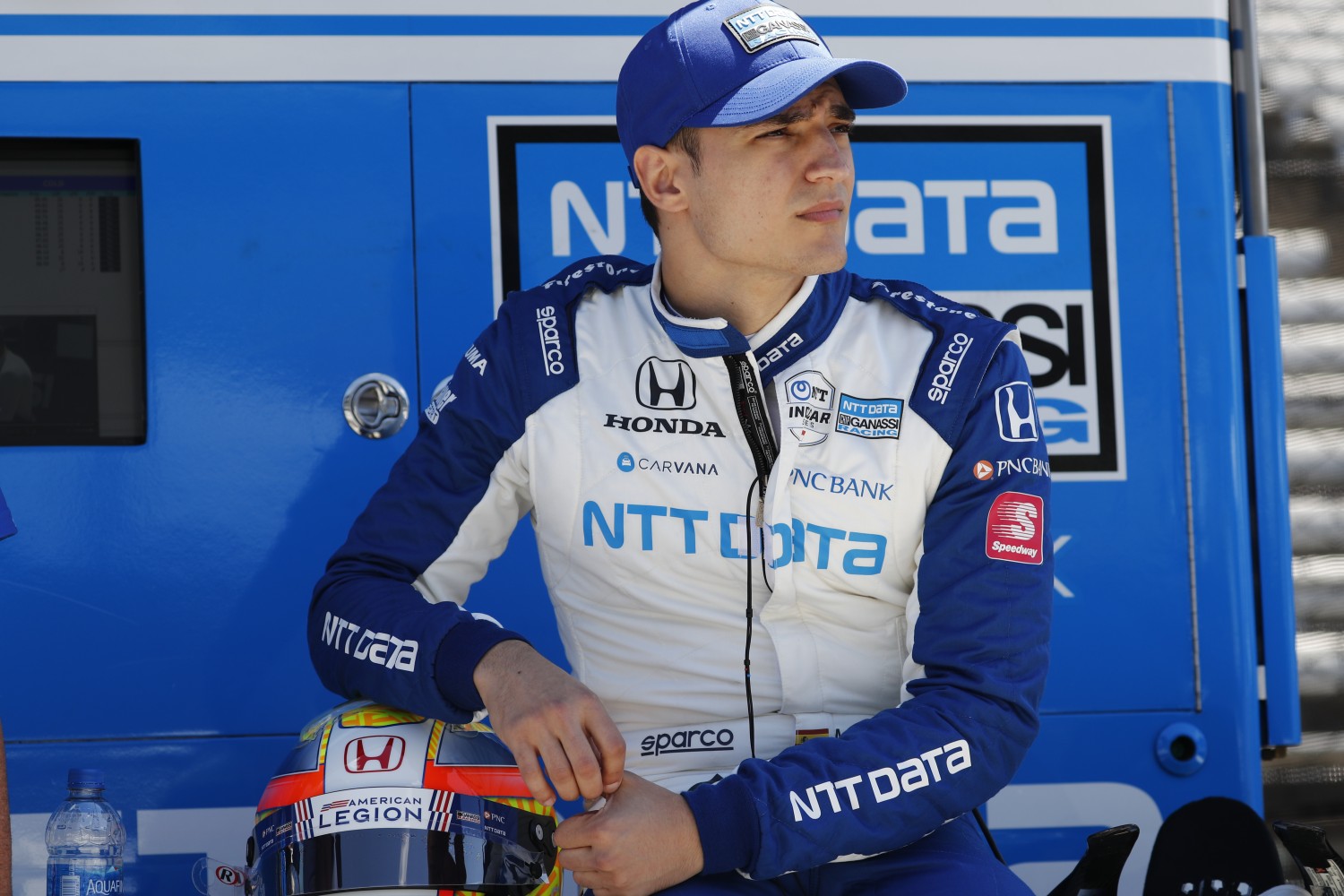 Alex Palou, the Chip Ganassi Racing number 10 entry, caused a yellow flag with 2 hours and 15 minutes left to go.  The Barber winner smacked the safer barrier and demolished his entry.   The frustrated driver was upset with himself and offered to stay with his team and help them get his race car ready for tomorrow for the fast nine qualifying.

There also was drama at the opposite end of the field, as 2018 Indy 500 winner Will Power was relegated to Last Chance Qualifying on Sunday after his two runs were too slow to make the top 30.

You forget how stressful this is,” Dixon said. “It’s the first time I’ve ever gone first. It’s pretty interesting. Huge credit to everyone on the PNC Bank Grow Up Great car.

“It was a fairly smooth run. I made a mistake on Lap 2, which probably cost us a tenth or two from the average.”

2008 Indianapolis 500 winner Dixon will make the last attempt in the Firestone Fast Nine Shootout, which determines the NTT P1 Award winner for pole and the starting order for the first three rows, as the nine fastest cars from today start in inverse order in the one-shot format. The Shootout takes place from 3-3:45 p.m. on the 2.5-mile oval and will be televised live on NBC and Peacock.

“Tomorrow will be a different day; it’s going to be different conditions,” Dixon said. “Hopefully all four of us can hit it right.”

But Ganassi’s day lost some of its sparkle at 3:35 p.m., when Palou crashed in Turn 2 while making his second qualifying attempt. Palou didn’t withdraw his first run, preserving his spot in the Shootout, but still was trying to improve his position when the rear of his car got loose and made heavy right-side contact with the SAFER Barrier, inflicting significant damage.

Palou climbed from his car without injury, but the Ganassi team will face a long night repairing the car for the Shootout on Sunday.