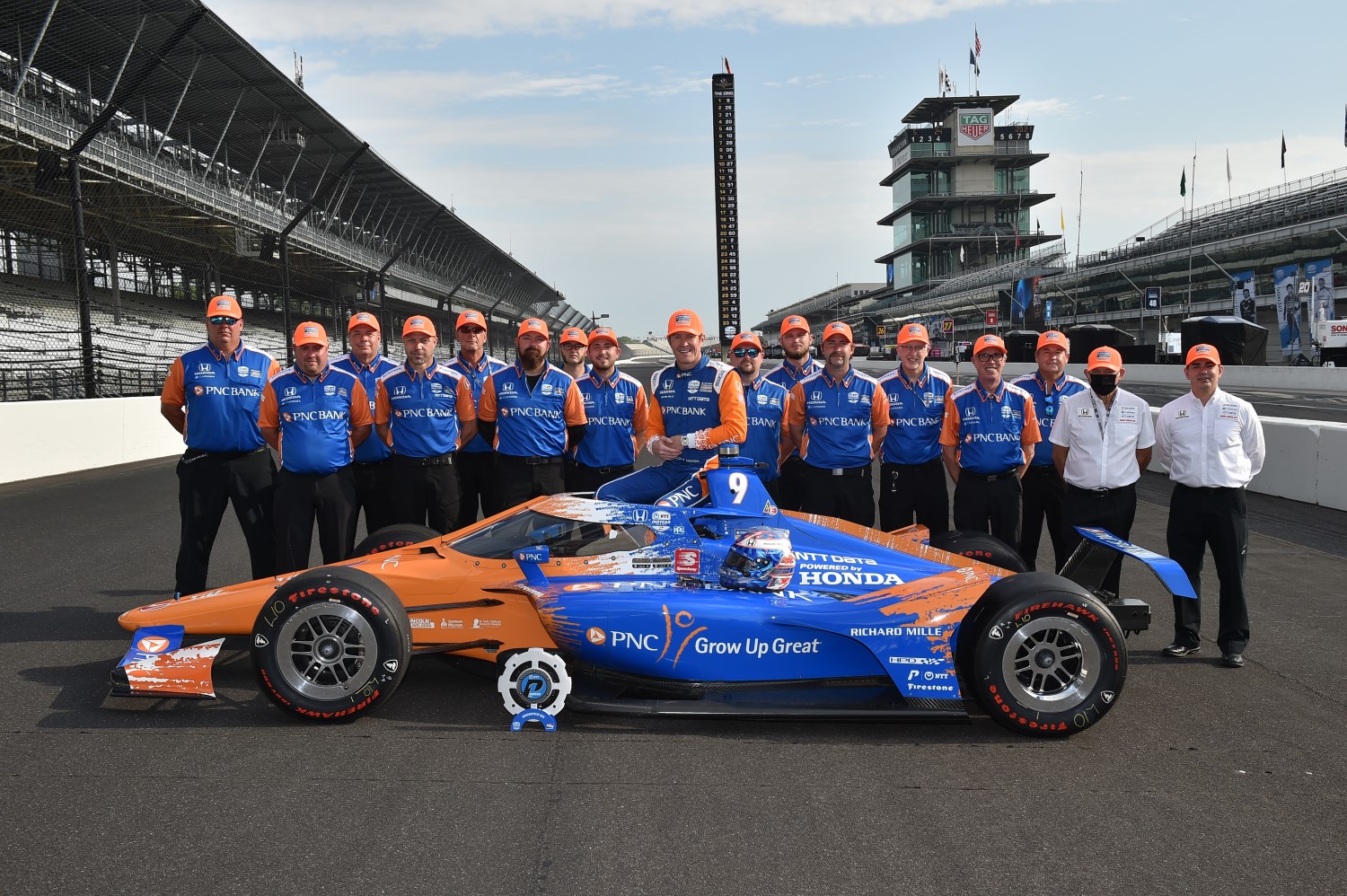 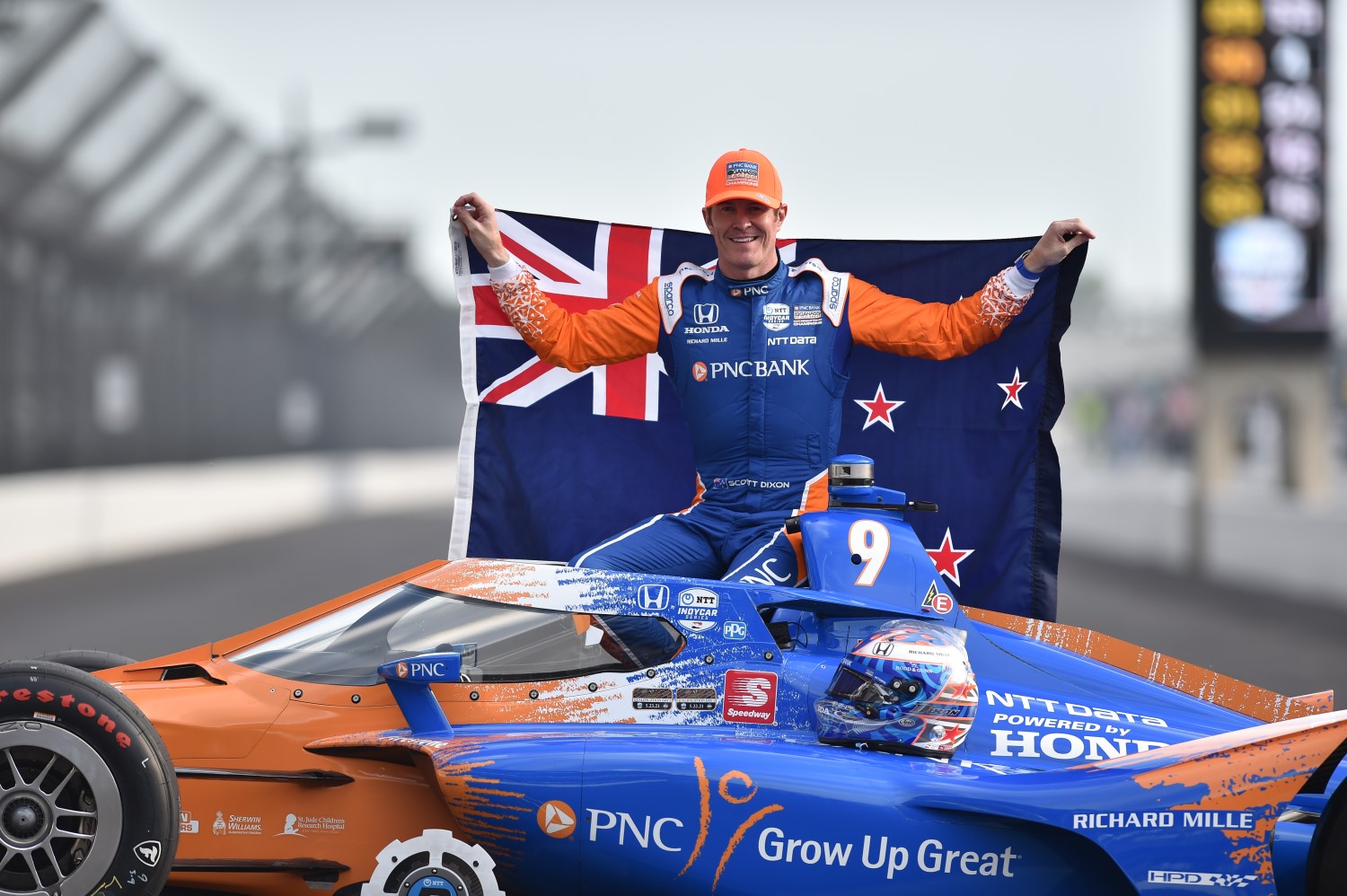 Scott Dixon, the number 9 entry for Chip Ganassi Racing,  has qualified  on the pole for his 19th Indy 500.    Looking for his second win, the 40 year old has started this race three times from the pole but has only won once from the pole position in 2008.   Dixon finished the race second in 2020.

“Winning a pole at the Indianapolis 500 is one of the toughest things to do,” Dixon said. “From a team standpoint, just how much work and effort goes into building these cars specifically for that pole run, it’s a lot of money and a lot of effort that it takes.

“We’ve been on the other side of it. We’ve had them before, but we’ve started well in the pack, too, where you can’t figure out why you’re in that position. Definitely feel good for the team. I know the team is going to be proud of what we achieved today. Again, it’s just the starting position. We have to work on the rest.”

Colton Herta, the number 26 Andretti Autosport entry, qualified 2nd for his 3rd Indy 500.  The 21 year old is looking to add another win to his career.

Herta was the eighth of nine drivers to make a single attempt during the Shootout, and his big run was good enough for provisional pole. But Dixon, the last driver on track due to being fastest Saturday, delivered with the sixth Indy 500 pole for Chip Ganassi Racing.

“It was pretty hairy,” Dixon said. “Glad it’s over. It was definitely pretty tense. I was able to watch Colton’s four laps, too. Wish I hadn’t before I went out. I knew his consistency was probably going to be a tick better than the other two, and it sure was.

“Yeah, at Turn 1 for the first lap was very loose, and I was already maxed out on all the controls. I knew it was just going to be holding on for lap three and four. Lap four was definitely pretty rough, especially through Turn 3.”

Said Herta: “Yeah, if I was a fan, I’d be really excited with that Fast Nine qualifying. Really, guys that just kept going faster every single run. It was actually really close for everyone.

“To beat Dixon, I think we really had to have that first lap and second lap just a tiny bit faster. We were so close.”

Rinus VeeKay, driving the number 21 for Carpenter Racing , put his machine in the 3rd spot on the starting grid.  The winner of the GMR Grand Prix just last week, will be running his second race.VeeKay cultivated another career milestone this afternoon as he has become the youngest front-row qualifier in Indianapolis 500 history. The 20-year-old earned the 3rd starting spot for next Sunday’s race, placing an ECR car on the front row for the 7th time in nine years.

“I had a big moment on the last lap, in the first corner. I never lifted, but when I think back, maybe I should have! That last lap was the sketchiest lap I’ve ever done, but I kept my foot on the gas. I wanted it to be as on the limit as possible, so I kept the power on, even with all the wiggling. I knew Turn 1 would be the trickiest so once I got through, I thought it would be fine. Honestly, I couldn’t have gone any faster. I was happy to make the Fast Nine yesterday and now to have Chevy power taking me to the front row! I’m very happy for the team and very grateful for all the sleepless nights and hard work. I love Indy, and with the No. 21 Bitcoin Chevrolet, it’s such a pleasure. I have a great car and a great team around me, so I think we can go for the win next Sunday. The win last week has changed the spirit within the team and we are all extremely motivated. The entire month of May has been amazing.”

Tony Kanaan, driving the number 48 Chip Ganassi Racing entry, has qualified 5th for this 20th Indy 500.  The 2013 winner will be running his 20th race.

Alex Palou  driving the number 10 Chip Ganassi Racing entry, qualified 6th.  The 24 year old had a big crash on Saturday but had no issues qualifying today.

Two Indianapolis 500 winners are in the third row. 2014 Indy winner Ryan Hunter-Reay will start seventh at 230.499 in the No. 28 DHL Honda, three-time winner Helio Castroneves is eighth at 230.355 in the No. 06 AutoNation/SiriusXM Honda, and Marcus Ericsson is ninth at 230.318 in the No. 8 Huski Chocolate Chip Ganassi Racing Honda.

The afternoon on the 2.5-mile oval started with plenty of drama during Last Chance Qualifying. Sage Karam, 2018 Indy 500 winner Will Power and Simona De Silvestro earned the final three spots in the field.

De Silvestro was on “the bubble” in the 33rd position after her four-lap Day Two qualifying run that averaged 228.353. Two of the cars that had slower times opted to make a second qualifying effort, which left Simona waiting patiently in her cockpit while the clock ticked down. Fortunately, neither was able to bump her off the final row for the 33-car grid.

“What a day! It was definitely nerve racking being in this position. I’m super happy that we made it in the field because of everyone involved, and because of all the hard work that got put in. It would have been crazy to not have made it. From that point of view, we’re super relieved. Now we just focus on racing and I think we could be pretty good because our car was pretty competitive.

“For Beth, I just wish it wouldn’t have been as crazy for the first time we were racing together. At least we got that one out of the way and now we can really focus on this going forward. It was interesting but you know I think we all stuck together, worked hard and that’s what made us strong to be here today.”