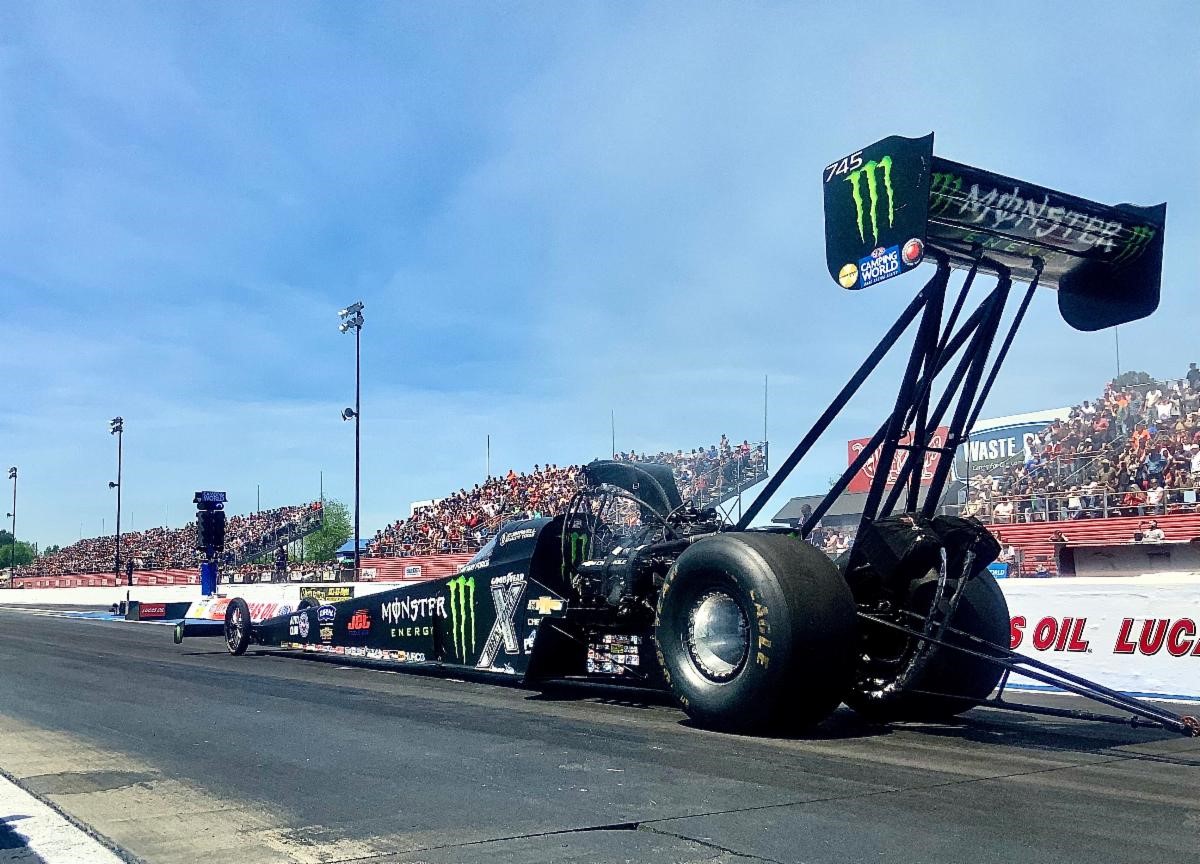 Rain disrupted National Hot Rod Association (NHRA) Camping World Drag Racing Series activities for a second day at the Mopar Express Lane SpringNationals Presented by Pennzoil at Houston Raceway Park and forced the postponement of competition. After Saturday qualifying was shortened due to weather, a persistent drizzle began at the tail end of Sunday’s opening round of Top Fuel eliminations, resulting in a lengthy delay through the late afternoon until officials made the decision to move the balance of the eliminations contest to 10 a.m. Central Time on Monday morning.

Prior to the rain delay, six Top Fuel pairs were able to get in elimination runs including No. 2 qualifier Leah Pruett and her Don Schumacher Racing (DSR) Pennzoil dragster after extending her streak of qualifying among the quick half of the field to all five national events so far this season.

Television coverage of the delayed eliminations from Houston Raceway Park will air Monday at 3 p.m. ET on FOX Sports 1 (FS1).