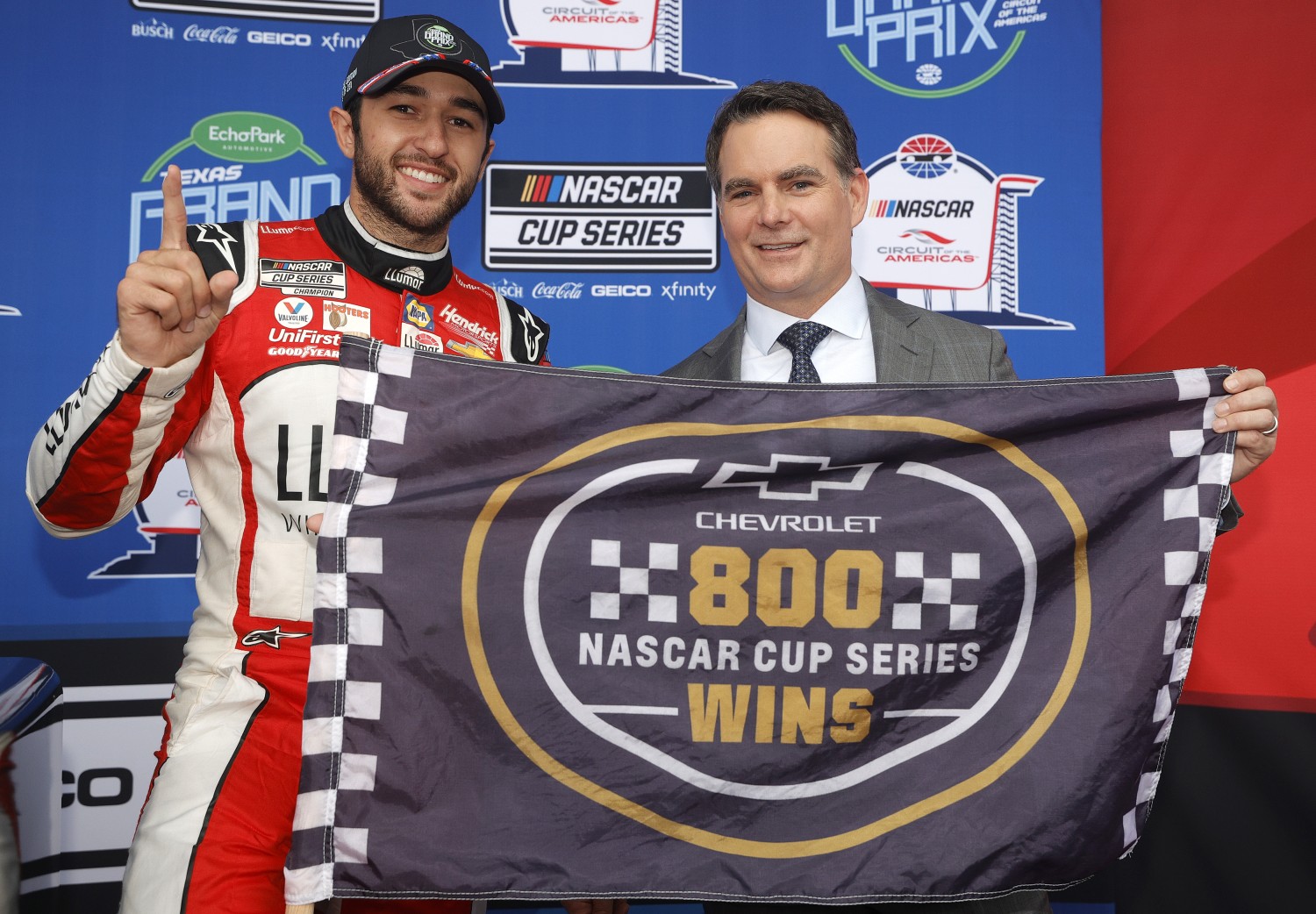 Chase Elliott’s win of the inaugural EchoPark Texas Grand Prix at Circuit of The Americas (COTA) in his No. 9 Llumar Camaro ZL1 1LE scored the 800th all-time victory for Chevrolet in NASCAR Cup Series (NCS) competition. This unprecedented win secured a significant milestone for Chevrolet as the most successful manufacturer in NASCAR history.

In addition to reaching this 800th triumph for the brand, Elliott brought the Camaro ZL1 1LE to Victory Lane for the 14th time since becoming Chevrolet’s flagship NCS race vehicle in 2020, and the fifth time in the 2021 NCS season.

“I couldn’t be more excited,” said Elliott.  “I’ve never won a rain race before, so it’s kind of cool. And I’m just super proud of our team for just continuing to fight. We started the day, and we weren’t very good. I just kept pushing myself and we kept making some good changes throughout the day and got to where I thought we were on pace with those guys there at the end. So, I’m really proud of that. It’s not the greatest thing ever, for it to rain and to have a rain race win, if it’s your first one; but I think it’s okay if it’s down the road, so I’m pretty excited about that. I’m looking forward to next week and trying to keep it rolling.”

Due to inclement weather, the EchoPark Texas Grand Prix was called with 14 laps to go. Elliott’s triumph marks the first appearance for the NCS in its debut at COTA, a 3.4-mile, 20-turn, counterclockwise track circuit track with multiple elevation changes that that flow with the hilly landscape.

This win was Elliott’s 12th NCS career victory, his sixth road course win, and first of the 2021 NCS season. It also celebrated the 268th victory for Rick Hendrick and Hendrick Motorsports.

“So proud of Chase Elliott and his No. 9 Camaro team for persevering all race long and handling such challenging conditions to deliver a big win at the first race at Circuit of the Americas,” said Jim Campbell, vice president of Performance and Motorsports. “Chase’s first win of the season is extra special as it was Hendrick Motorsports 268th Cup win and Chevrolet’s 800th Cup win.”

“I’d also like to thank all of the Chevrolet engineers, and all of the drivers, crew chiefs, teams and owners who have contributed to those 800 wins over the past 66 years.”