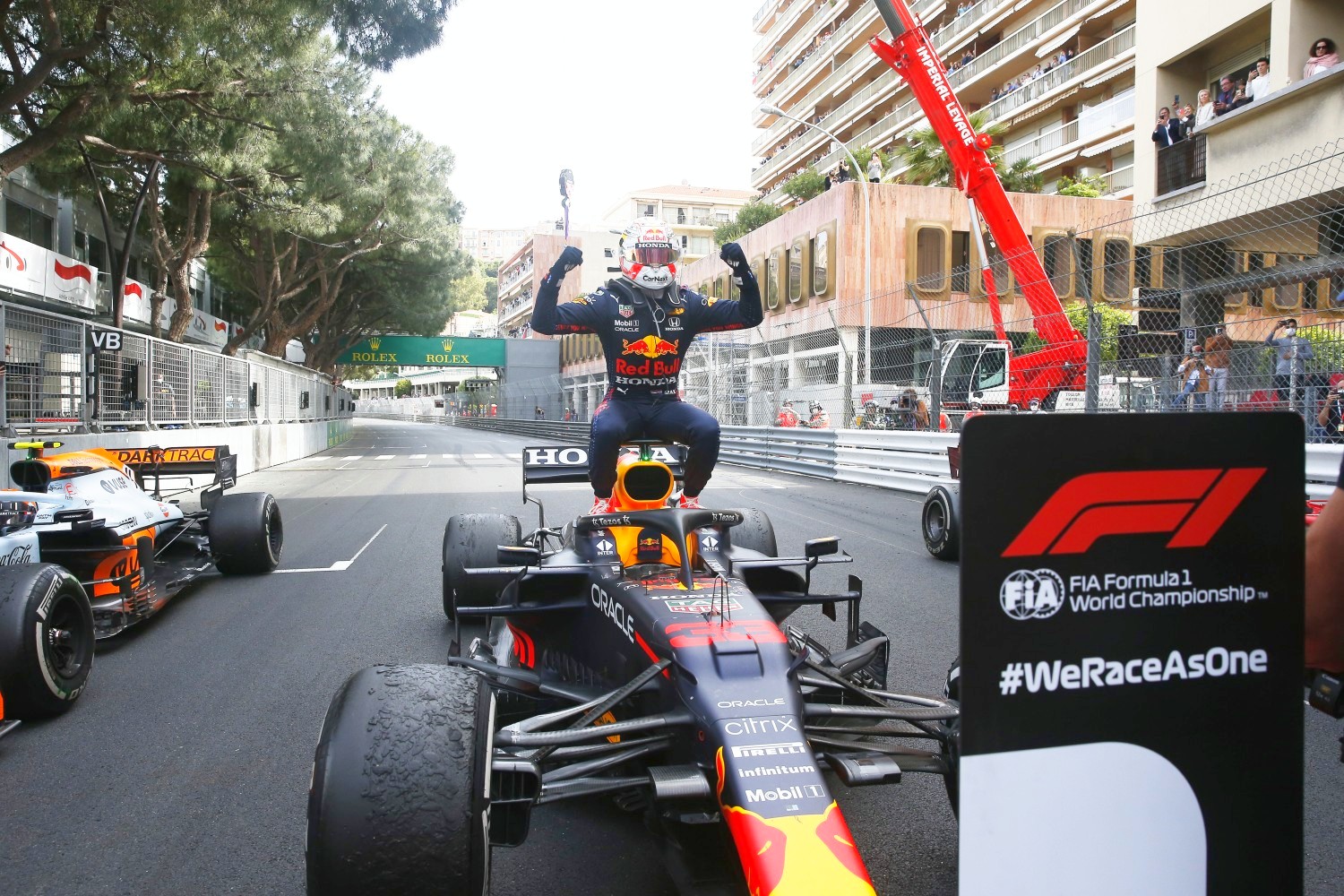 Before struggling all weekend at Monaco and losing his world championship lead to his Dutch rival, Mercedes’ Hamilton insisted he was worried about the chances of an on-track clash.

Verstappen, after lifting the trophy aloft, then hit back by saying “actions speak louder than words”.

When asked about that statement, Hamilton responded that he didn’t want to be drawn into a “childish” argument with his 23-year-old Red Bull foe.

“I’m not playing mind games,” said the Briton. “Red Bull did a great job and that’s that. There are 17 races to go.

“I’m not going to get into a war of words. It’s childish,” he insisted.

Some are questioning the reasons for Hamilton’s Monaco struggle, especially as his teammate Valtteri Bottas was more competitive across the weekend.

“He didn’t seem like a driver going for a world championship.”

Italy’s La Repubblica newspaper agreed: “Hamilton was a shadow of himself. Anyone who still had doubts about whether Verstappen was ready for the duel with Hamilton got their answer in Monaco.”

“Max has found the right balance, but he needs to be careful. A defeated Hamilton is a very dangerous opponent,” the Australian told the Dutch source NOS.

Another former driver, Christijan Albers, agrees with Webber that Verstappen now appears to be finding a good balance – both on and off the track.

“You can see peace and focus,” he told De Telegraaf. “You can really see him getting stronger and more mature.

“Maybe it’s because he now has a nice girlfriend who really creates a good foundation for him,” Albers added, referring to Nelson Piquet’s daughter Kelly, who has a child with Daniil Kvyat.

Red Bull’s Marko agrees: “This is the most mature Max we have ever had.”

And so, Verstappen told La Gazzetta dello Sport that he has the ability to shut out any of his championship rival’s mind games.

“I’m not afraid of Hamilton’s games,” said the Dutchman. “I have the mental strength to beat him.

“In Monaco, we had to prove that we were really fighting for the title, and that’s what we did.”