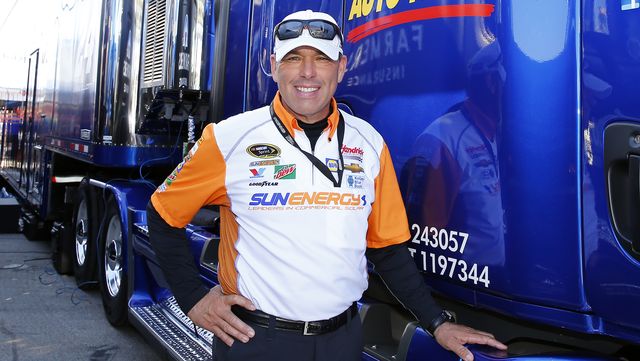 D’Hondt has been reinstated by NASCAR and will spot for Chase Elliott this weekend at Nashville.

In a statement, Hendrick Motorsports said, “We are pleased about the resolution of this matter and look forward to Eddie D’Hondt re-joining our team this weekend at Nashville Superspeedway.”

Bob Pockrass from Fox Sports reported the assault/battery charges against D’Hondt have been dismissed due to “insufficient evidence to warrant prosecution.” Conflicting statements were made by the witnesses and dispositive evidence was never provided to the DA’s office.”

Fox Sports’ Bob Pockrass is reporting the D’Hondt case stems from Sept. 7, 2020, for an argument over jet ski rentals, where an employee alleged D’Hondt of making contact with them.

Then, a criminal summons for assault on a female was issued last September towards D’Hondt. The assault case had been postponed multiple times. The warrant for arrest for battery towards and unborn child was issued two weeks ago.

FOX Sports obtained affidavits in D’Hondt case. It stems from a Sept 7 2020 argument over jet ski rentals, where an employee alleged D’Hondt made “full body contact and yelled in my face pushing me back multiple times with body” and “hit my arm away” & “swung a fist at me.” (1/3)

Hendrick Motorsports statement: We became aware of the situation this morning and have immediately and indefinitely suspended Mr. D’Hondt’s role with our company. We are taking this matter very seriously and will continue to seek additional information about the alleged incident.

A spotter for this weekend’s race at Charlotte Motor Speedway has not been named at this time.

Eddie D’Hondt, spotter for Chase Elliott’s No. 9 team in the NASCAR Cup Series, was arrested earlier this month on misdemeanor charges of assaulting a woman and battery against an unborn child.

According to the Hickory, N.C. Police Department’s website, D’Hondt, 62, was arrested on May 12. On the North Carolina Judicial Branch’s website, D’Hondt is scheduled for two court appearances, on June 7 (battery of an unborn child) and June 30 (assault of a woman).

Member actions that could result in a fine and/or indefinite suspension, or termination: