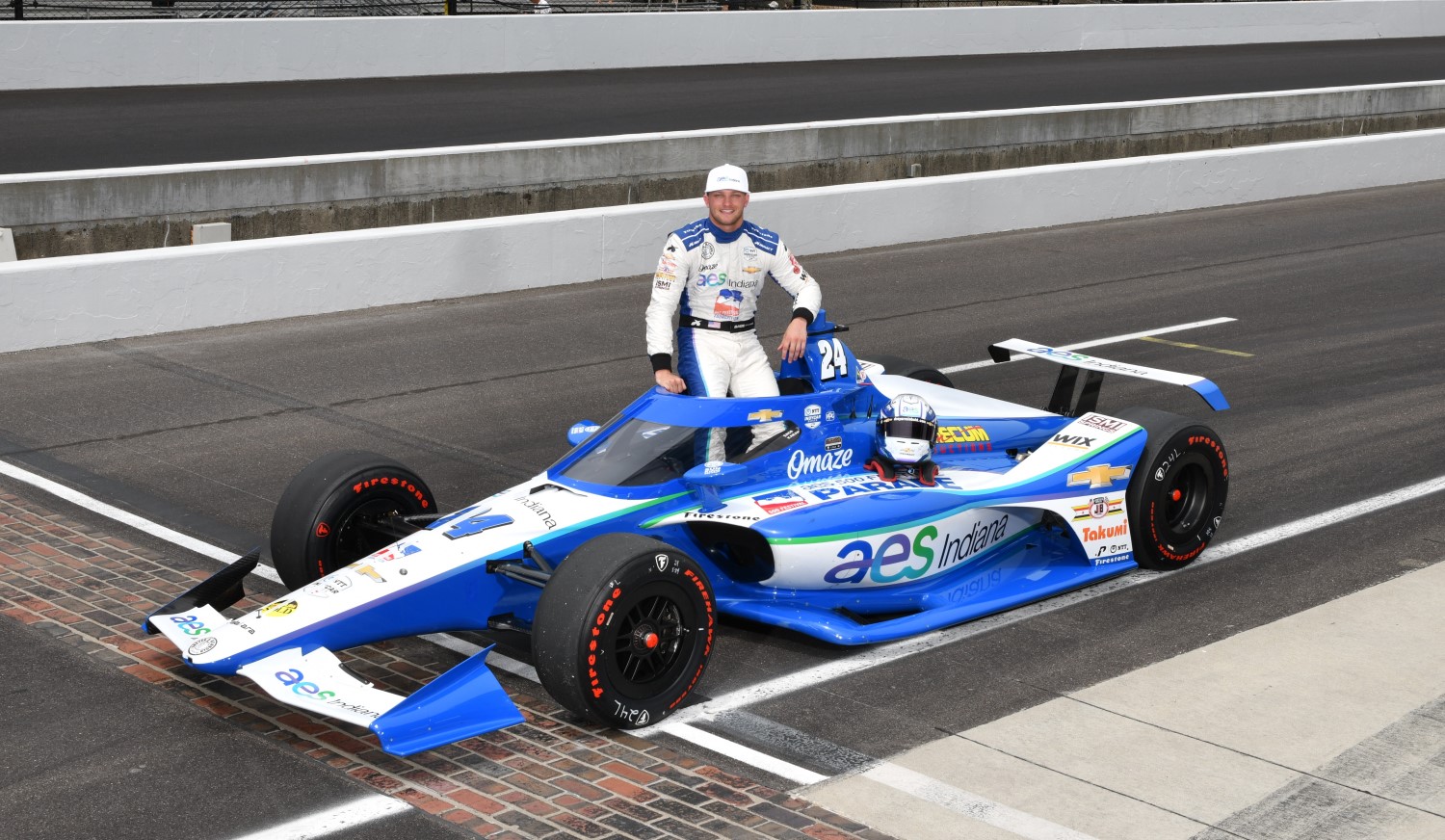 Sage Karam is accustomed to running only the Indianapolis 500 Mile Race for the Dreyer & Reinbold Racing team, so on-track testing for the “Greatest Spectacle in Racing” isn’t really an option for the Nazareth, PA, driver.

But the former high school wrestling star has still been training for the 105th running of the 200-lap classic since his last appearance on the historic oval track last August.

Like many racers in the 21st century, Karam trains his racing skills at home on a detailed “simulation” kit that includes three monitor screens and race car-like equipment with a racing seat, steering wheel and pedals.

“It is actually pretty realistic with the proper ‘Sim’ setup,” said Karam, who won the IRacing Simulation Season Opener last April over the Watkins Glen International road course. “I race in several ‘sim’ leagues throughout the week, and it helps my on-track driving too. You need to concentrate at a similar rate in the ‘sim’ as you would on track. We use the same on-track strategies, pit stops with pit road speeds and same car settings. Obviously, a crash or incident is much different with ‘sim’ racing to real racing.”

“I have been very active ‘on track’ at home as I can’t get on an actual racetrack,” Sage explained. “I have actually competed in five or six Indy 500 ‘sim’ races in the past months as a training tool for the real 500. It is very relatable for a driver as we have tire pressures, shock settings and wing settings. Plus, there is a weight jacker for handling too. The steering wheel is a little lighter than a real race car’s wheel.”

Sage’s ‘sim’ setup at his Pennsylvania home has been a popular training tool for his famous racing neighbors, Marco and Mario Andretti.

“Marco wasn’t up on the ‘sim’ racing programs when IndyCar started the series due to the COVID pandemic,” said Karam. “So, he came over and I helped him get up to speed. It was the opposite when I got in IndyCar. He was the veteran in the real cars. And Mario was asked to compete in some legends ‘sim’ events, so I helped him as well. Can you imagine helping Mario Andretti in any racing?”

Karam is now hoping that his off-season, at-home training pays off this Sunday when he takes the green flag in the world’s biggest auto race for the eighth time.

“I feel that the ‘sim’ racing has definitely helped me to prepare for the Indy 500,” he said. “Since I couldn’t get on the track for testing like the other (IndyCar) drivers, I think this system is the next best thing for me. You would be surprised how similar some of the ‘sim’ racing techniques assist me in the real race car.”