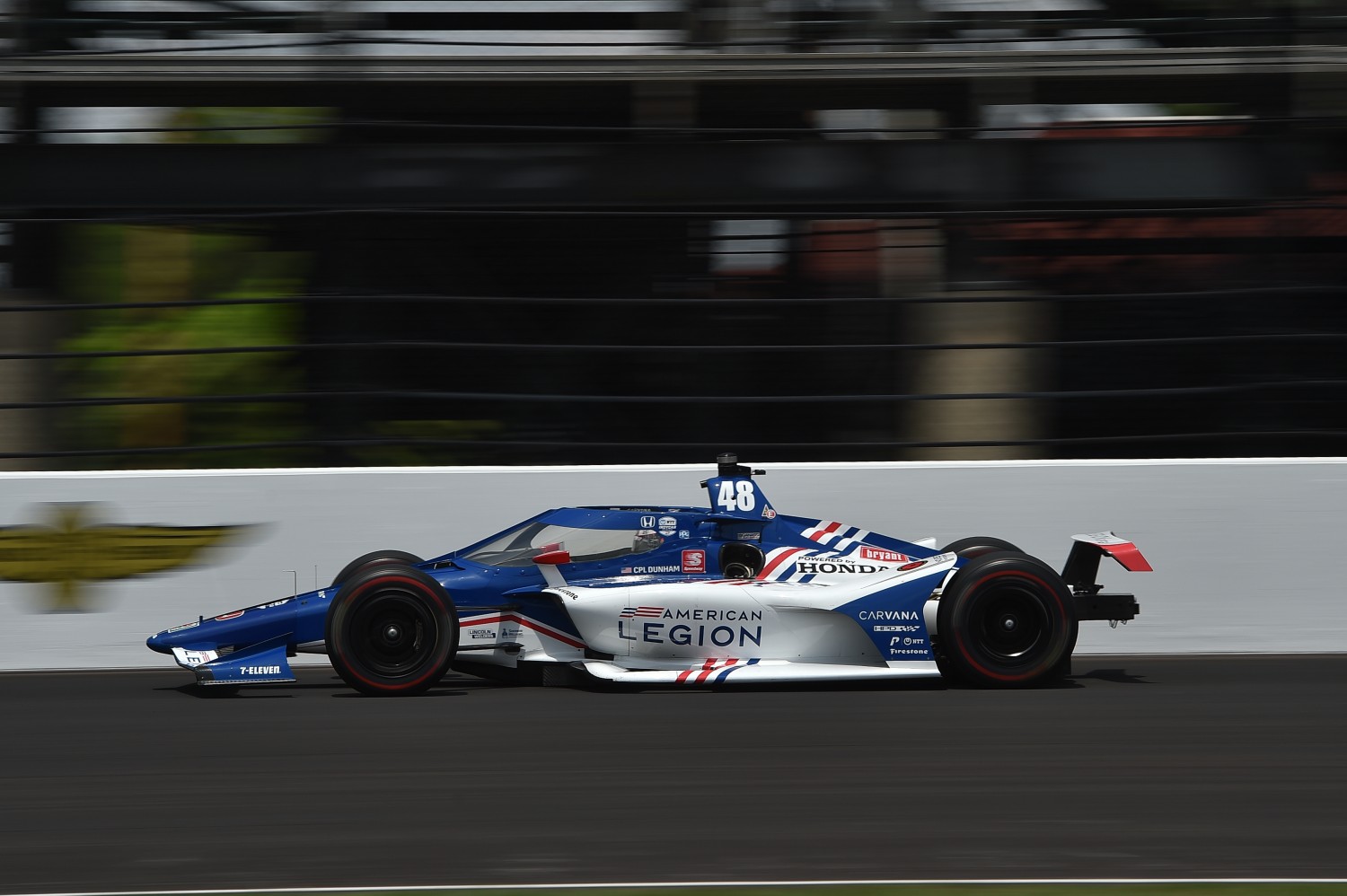 As the competition to win this year’s Indianapolis 500 heats up, The American Legion is using its sponsorship of Chip Ganassi Racing’s No. 48 NTT INDYCAR SERIES Honda on Memorial Day weekend to talk about the most critical issue facing veterans today – veteran suicide. During a press conference at the Indianapolis Motor Speedway prior to National Poppy Day, the organization announced a mission focus to put the entire might of The American Legion behind finding solutions to end veteran suicide.

The organization is calling on Americans to honor the fallen this Memorial Day and support the living by joining the race to end veteran suicide. Despite many efforts, suicide continues to increase in the U.S. adult population, and veteran suicide is not a new issue. The American Legion is concerned that the current Department of Veterans Affairs data lags two years behind present conditions and does not include any figures from the ongoing coronavirus pandemic. Mental health experts have warned that COVID-19 may be causing even more significant increases in the rates of mental distress and self-harm among veterans.

“Saying ‘we remember’ and ‘thank you for your service’ is just not enough,” said Micheal P. Barrett, American Legion member and 17th Sergeant Major of the United States Marine Corps. “The best way we can honor those who gave their lives to this country is to support and protect those who served alongside them. I’m talking about the men and women who saw their friend take their last breath in battle or experience one of the other horrors of war that they now must live with for the rest of their life. I’m here today to ask you – no, I am imploring you – to honor our nation’s veterans by joining us in giving everything we’ve got to end veteran suicide.”

As a part of the press conference, the organization released a new commercial featuring racing legend Jimmie Johnson which calls attention to the fact that upwards of 20 veterans die by suicide each day. While awareness is important, The American Legion says its primary focus will be on effecting change on Capitol Hill, providing programs and training across the country to strengthen peer support networks, leveraging its national footprint and investing in transformative research that will have measurable results. The organization plans to collaborate with others  who share in The American Legion’s sense of urgency for creating change.

“From the day of our founding after World War I, The American Legion has been responsible for tackling the most important issues facing our nation’s veterans,” American Legion National Commander James W. “Bill” Oxford said. “First, it was in creating the Veterans Bureau, now known as the Department of Veterans Affairs. Then it was by authoring the G.I. Bill. We went on to study and fight for disability relief for veterans struggling with post-traumatic stress and conditions related to Agent Orange exposure, and so much more. Through our mission and our infrastructure, we can fight the battle to end veteran suicide on all fronts, and that’s exactly what we intend to do.”

To kick off the campaign, Veterans United Home Loans presented a check to The American Legion for $2 million. The organization will use the funds to expand programs and opportunities for Legionnaires to obtain peer support training and distribute important mental health and wellness tools and resources through The American Legion infrastructure.

Together with @AmericanLegion CGR announces that @veteransunited is donating $2 million to aid The American Legion in the aid to end veteran suicide.#INDY500 | #INDYCAR pic.twitter.com/xHmCZm7Se6

“We must do something now,” Barrett said. “We must show our nation’s veterans that there are welcoming spaces, like The American Legion, where they can go for an understanding ear and helpful resources to get the support they need.”

To support The American Legion in its fight to end veteran suicide, visit legion.org/48. If you or a veteran you know requires immediate assistance and support, direct them to the Veterans Crisis Line: 1-800-273-8255, press “1” or text 838255.