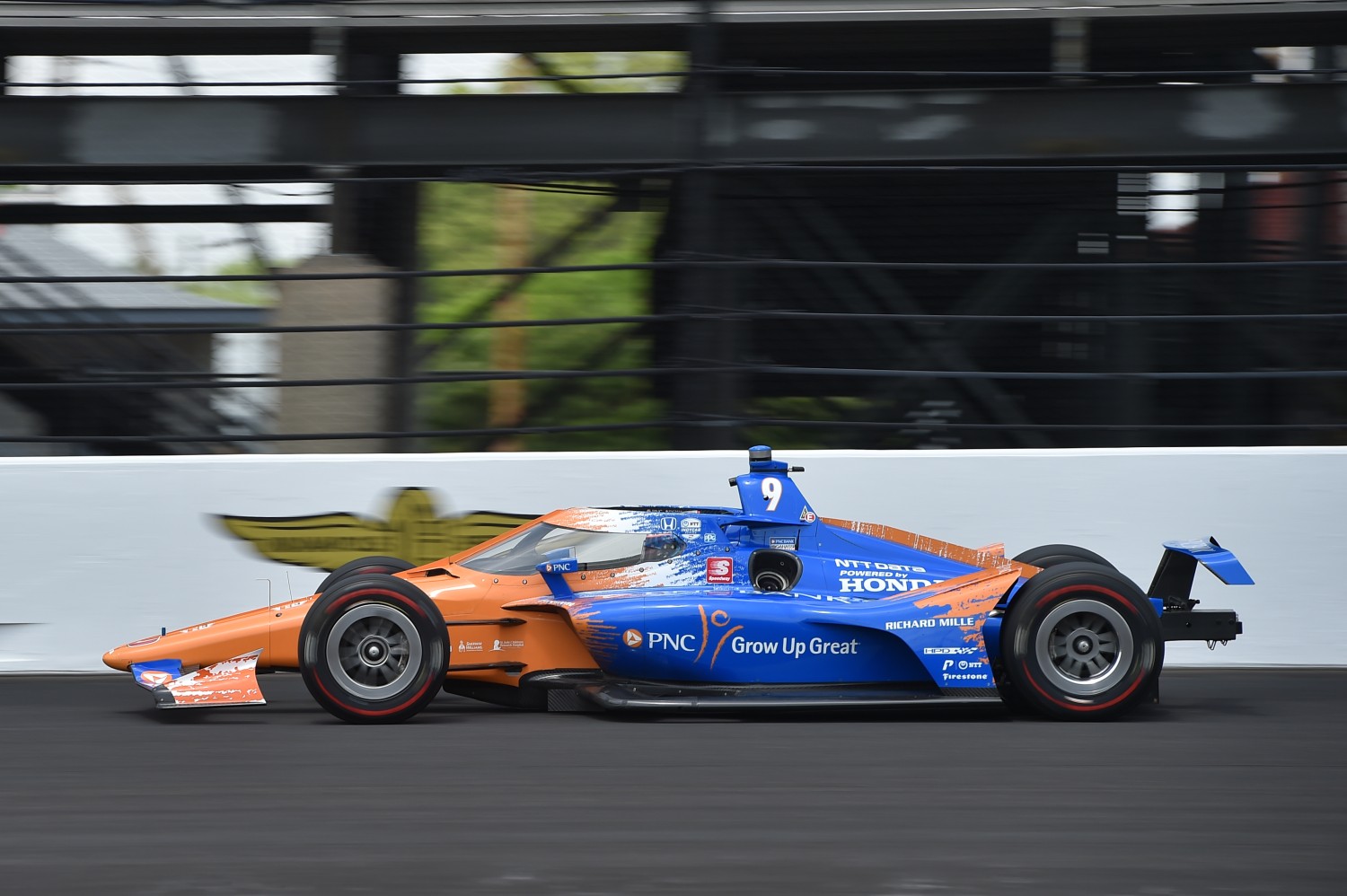 On a day when no one is willing to show their full hand, or risk crashing, Ganassi Honda driver Scott Dixon not only turned the fastest lap, he got out of the car with 45-minutes to go in the Carb Day session – content with his car. It had to send a message to the rest of the field.

Ganassi drivers have led every practice and qualifying session for the Indy 500, which tells you how strong they will be on Sunday.

The driver who looked the most racy was Colton Herta – making moves around drivers with ease.  Although his fastest speed was only 28th best, he got out of the car saying just how happy he was with the handling and speed of the car. Starting 2nd, he will be a force on Sunday.

Practice started two hours, 37 minutes late due to persistent morning showers and ended 10 minutes short of its scheduled two hours when rain returned to the 2.5-mile oval. Cloudy skies and temperatures in the high 50s – about 25 degrees cooler than during Crown Royal Armed Forces Qualifying last weekend – increased grip and daring passes during the final practice before Race Day.

“Everybody felt like King Kong out there with the weather conditions,” Dixon said. “That may give you an indication of how the race will be. If it’s like this, it’s going to be mentally draining. There’s going to be a lot of action going on.”

“It was like we were sacrificing our vehicles for a prize today,” Daly said. “Did you win anything today? I didn’t.”