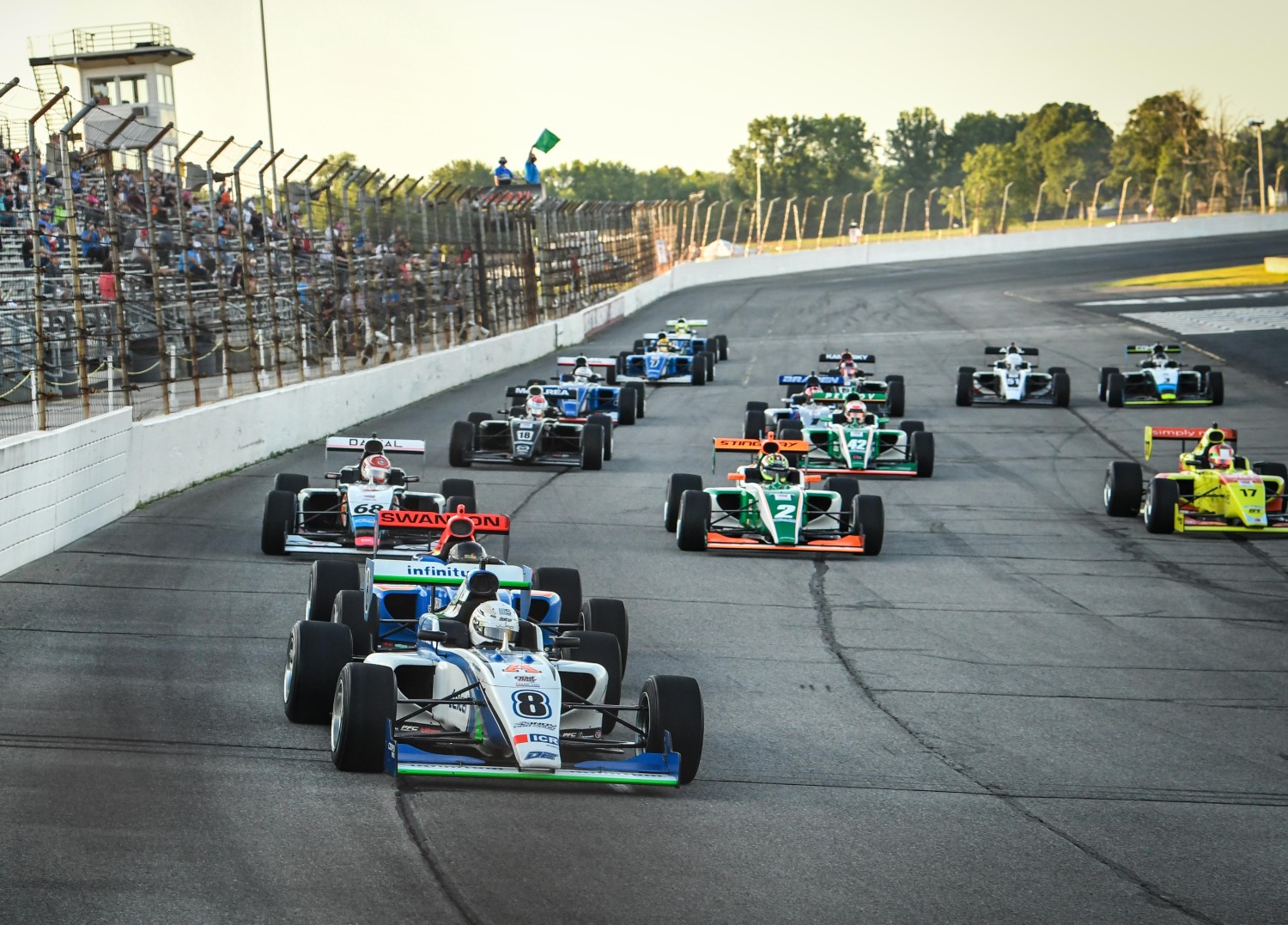 A series of rain showers today in the Indianapolis area played havoc with the schedule for the traditional Carb Night Classic – “The Race Before the 500″ at the Lucas Oil Raceway oval. Instead, the event which will comprise rounds for the two initial levels on the Road to Indy Presented by Cooper Tires, as well as feature events for the USAC Silver Crown Series and Pavement Midgets, has been postponed until tomorrow (Saturday, May 29).

After an adjustment in the schedule which eliminated planned warmup sessions for both series, competitors in the Cooper Tires Freedom 90, the eighth round of the Indy Pro 2000 Championship Presented by Cooper Tires, did venture out onto the 0.686-mile oval this evening only for the red flags to fly after five laps had been completed under caution due to light rain.

The race is set to be restarted at 11:00 a.m. EDT tomorrow for the remaining 85 laps. Reece Gold, from Miami, Fla., will start on the pole position for Juncos Racing.

The 75-lap Cooper Tires Freedom 75, Round Eight of the Cooper Tires USF2000 Championship, will follow at 11:45 a.m. Cape Motorsports’ Michael d’Orlando, from Hartsdale, N.Y., will start on pole position for the very first time.

Global live streaming for both races can be found on the Road to Indy TV App, RoadToIndy.TV and the respective series websites, indypro2000.com and usf2000.com.