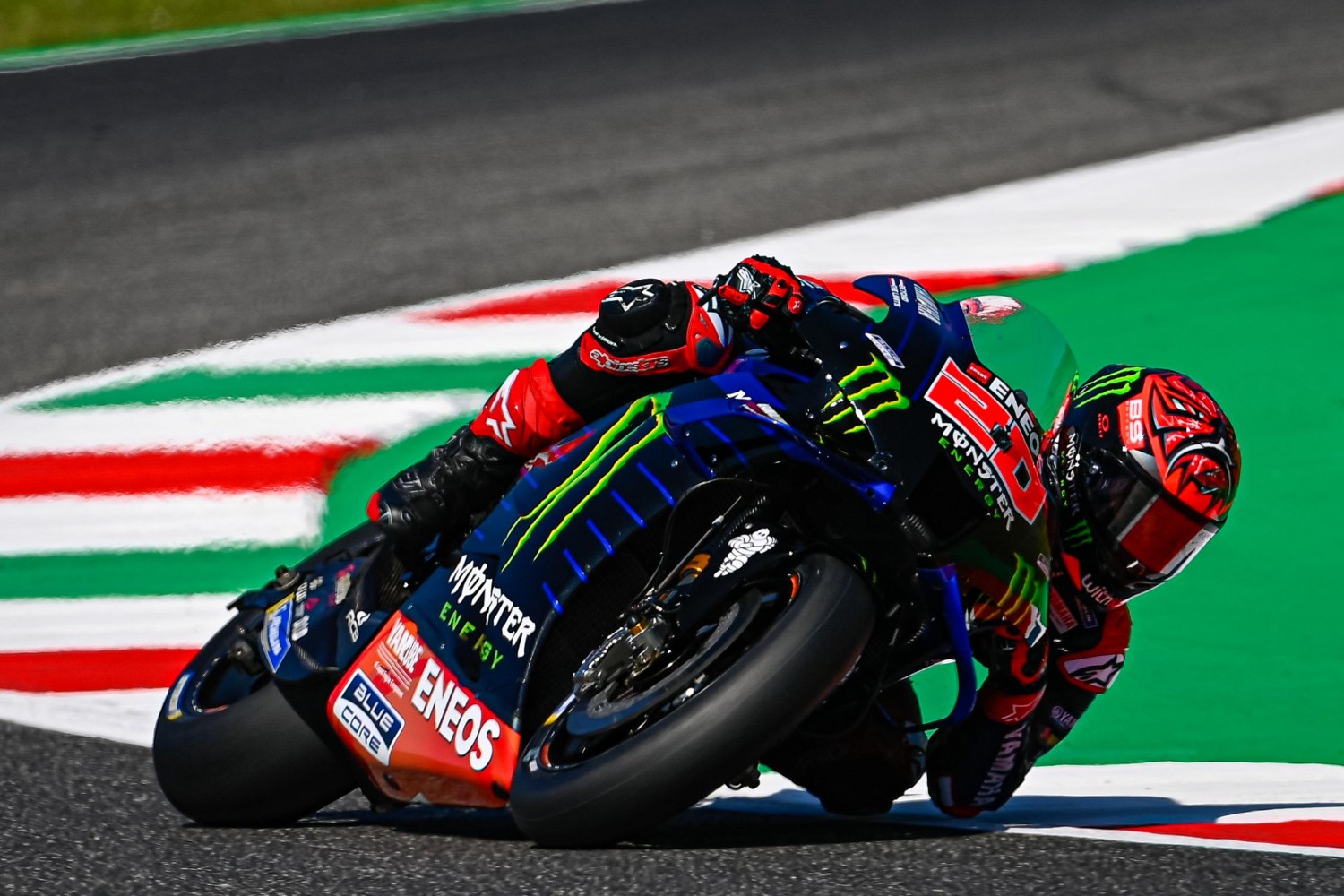 Fabio Quartararo proved to be untouchable once again this weekend as he dominated his way to his third victory of the season in Mugello. Maverick Viñales recovered to take eighth place in what was a race of attrition in the Tuscan hills.

The hills were alive with the sound of MotoGP bikes this weekend as the championship returned to the Autodromo Internazionale del Mugello for the first time since 2019 for round six of the 2021 season, but regrettably a dark cloud hung over Sunday’s race action after news reached the paddock of the tragic passing of Moto3 rider, Jason Dupasquier.

Starting the emotional 23-lap Italian Grand Prix from pole position, Quartararo found himself in second at turn one. Trading places with Francesco Bagnaia throughout the opening lap, the Frenchman took the lead after the Italian crashed out on lap two.

With his head down, Quartararo overcame the challenge from compatriot Johann Zarco and began to open a gap over the chasing pack. From there, he never looked back as he stretched his lead to over four seconds, eventually crossing the line 2.5 seconds ahead of second place to record his third win of the season and extended his lead at the top of the championship standings.

“In short, there was a lot of emotion today. It was an amazing day for us, but it was so difficult to stay focused. Honestly, I don‘t know how I was able to keep up this pace because every lap you do, you are thinking about Jason Dupasquier. It‘s not an easy thing to do, and I think that all the riders rode for him. My thoughts are with his family. My strategy today was to see which position we would get with the use of the holeshot device. I am super happy with it. I was in second place at the first corner. I remember 2019, when I started from second here and I think I was eighth or ninth in the first corner. So, it was amazing to arrive at the first corner in fourth gear and in second position today. I was riding easily behind Francesco Bagnaia, and when I saw him crash, I wanted to try to ride five laps at my maximum. But then Johann Zarco overtook me. So I said, ’I need to do aggressive moves‘. First of all to make him lose time and also to open up a gap. I thought, ’if I can hold on to first going into the first corner, it‘s good‘, and that‘s what happened. So, I‘m really happy about my race.”