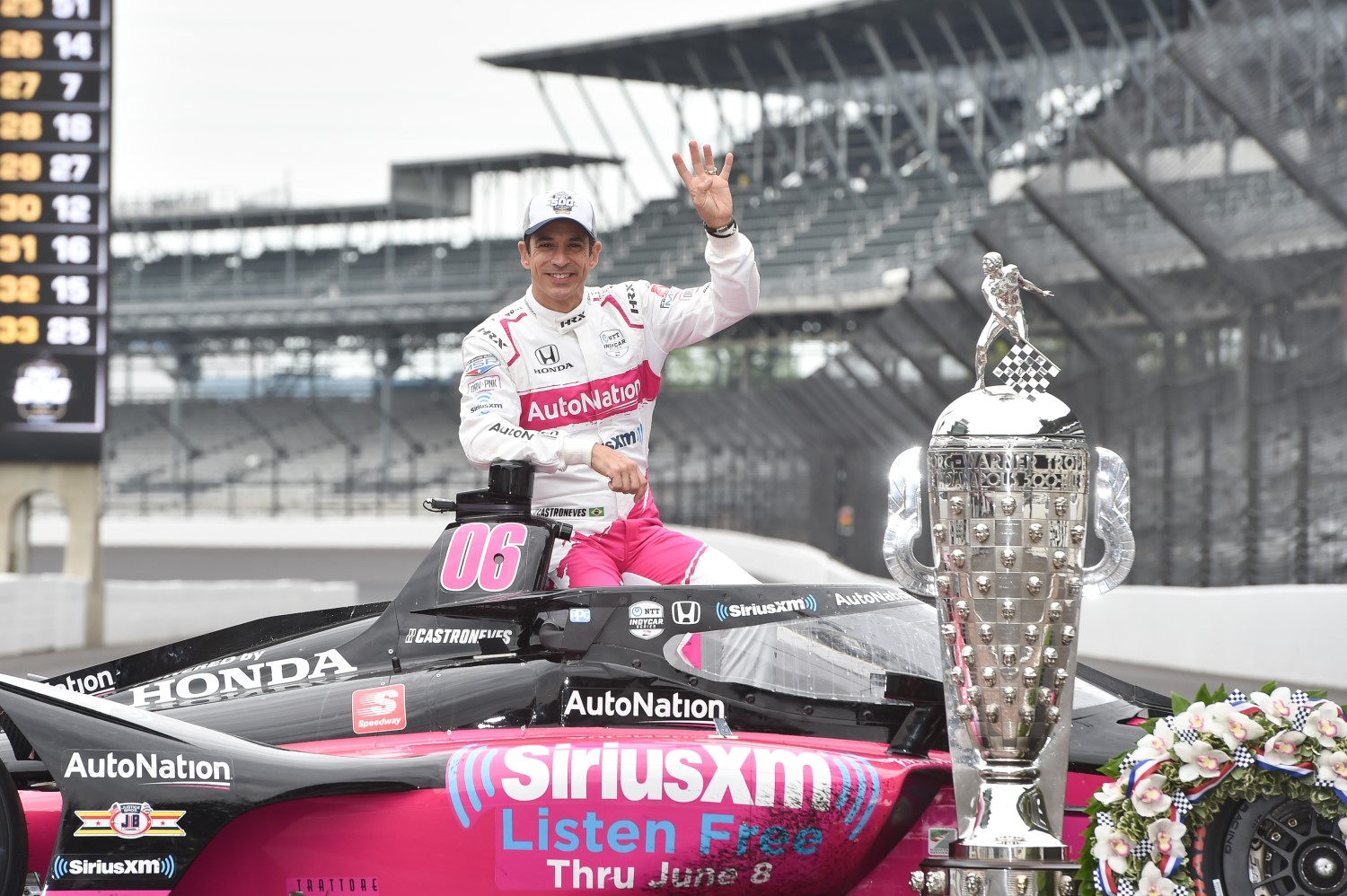 Castroneves was back at it Monday at 8 a.m. with a SiriusXM NASCAR Radio interview, followed by a segment on the Today Show.

Then, it was time for nearly two hours of photos: first was a photo shoot for BorgWarner, in which a 360-degree view of photos of Castroneves’ head is taken for sculptor William Behrends to use as a catalyst for making the quarter-sized face on the trophy.

Then, he was back at the Yard of Bricks for a two-hour photo shoot with his black and pink car, the Borg-Warner Trophy, the winner’s wreath and, at times, the Brazilian flag. He stood in the same place while team members, Honda employees, Firestone employees and many more people involved in putting on “The Greatest Spectacle in Racing” cycle through for photos.