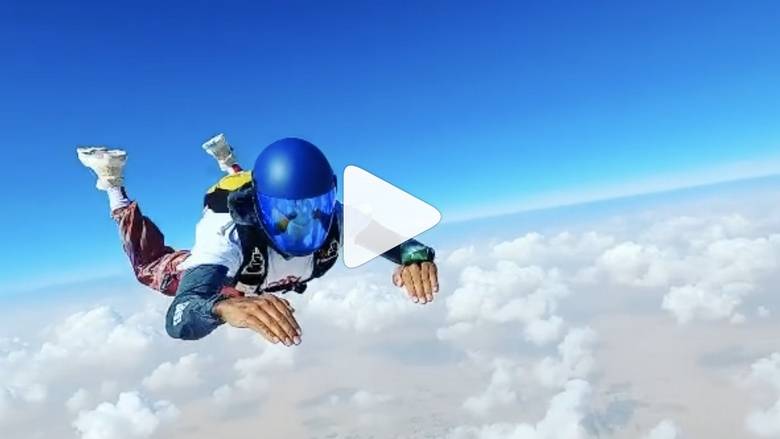 In a bold new video, Formula One racer Lewis Hamilton can be seen skydiving in Dubai.

The video was first posted to his Instagram and shows the seven-time champion performing skydiving stunts after jumping out of a Skydive Dubai plane.

“I’ve been learning to sky dive over the past couple years. It’s one of my favorite things to do in my spare time,” Hamilton says in the caption.

He revealed that this was the first time he tried to fly on his back, something he was “useless at.”