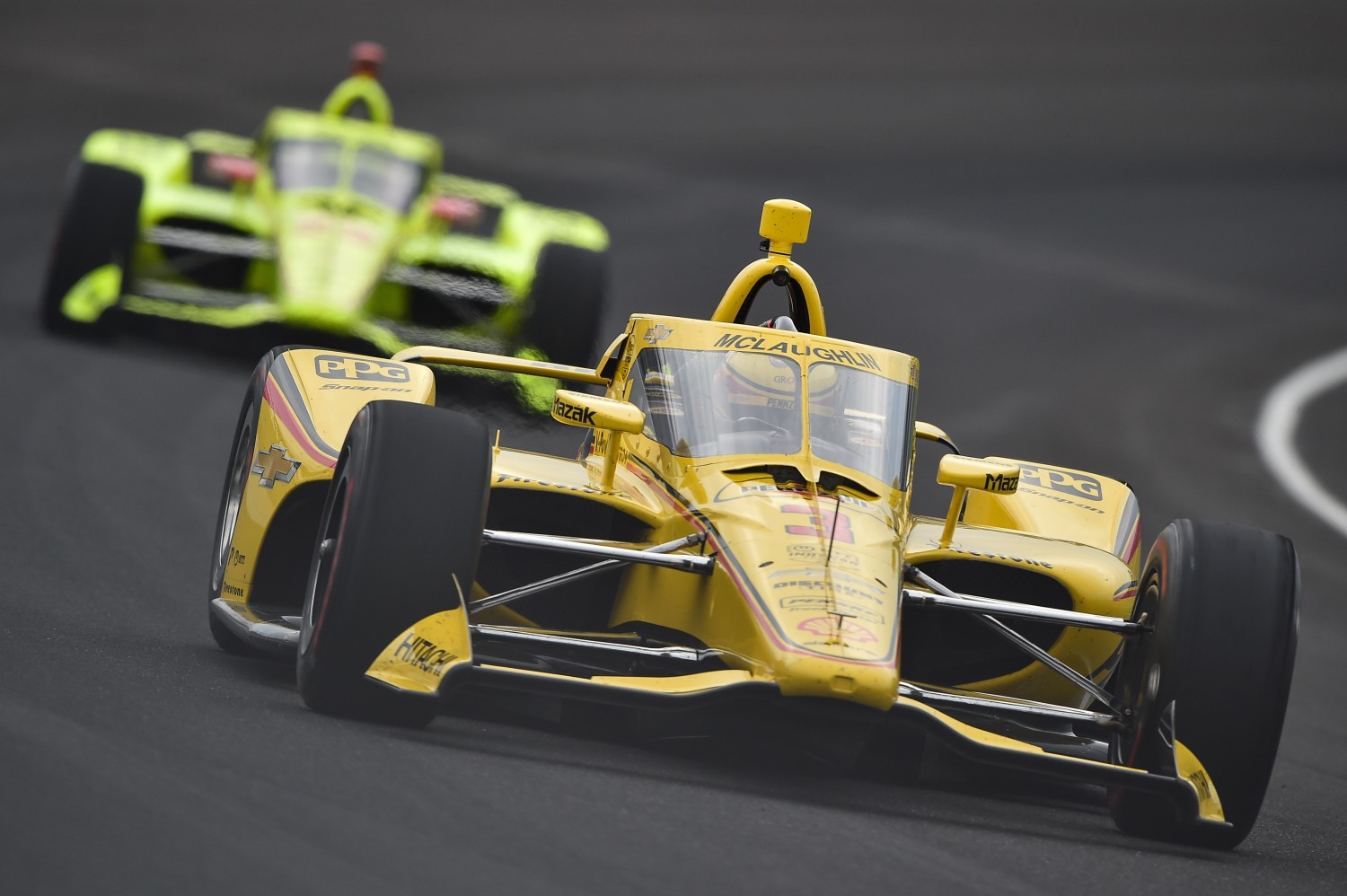 Scott McLaughlin has been crowned this year’s Indianapolis 500 Rookie of the Year.

The Team Penske pilot received the award at the annual post-event Victory Banquet on Monday (local time) at Indianapolis Motor Speedway after finishing 20th in the #3 Pennzoil Penske Chevy.

McLaughlin was one of three rookies vying for the crown alongside Pietro Fittipaldi (Dale Coyne Racing w/Rick Ware Racing) who finished 25th and RC Enerson (Top Gun Racing) who failed to qualify for the 105th running of the race.

It’s the first time a Team Penske driver has won the award in 20 years.

“Bittersweet day for me. I’m proud of everybody on the Pennzoil car, it felt good. I’ve got many more to come, hopefully.”

“You can’t make mistakes here. It genuinely needs to be a perfect day. It’s a place that really bites you. When you don’t think it’s coming. I just made a simple mistake,” McLaughlin commented. “Didn’t quite pump my brake pedal up enough. Yeah, had a pretty stone cold set of rotors going into pit lane there. Couldn’t pull up.

“Thankfully no one was hurt because I came in there pretty hot. But, yeah, look, obviously pretty stoked to get the Rookie of the Year. Absolutely that was the main goal. At the same time I had a really good car today. It’s just a little, like I said, bittersweet.”

“I’m going to have my work cut out for me a little bit at Detroit. I think I have to learn a track in one practice session, qualifying, race. So it’ll be tough, then a doubleheader as well,” McLaughlin on upcoming races. “I back my team to give me a great car, back my ability to go well.”

McLaughlin added that his goal is to bring the No. 3 Chevrolet home on the lead lap each race. When you’re ninth in points after the Indy 500, such goal can be obtained.

“We’re doing that, we’re ticking boxes. Doing 200 laps around here is a tough gig. Mentally it’s very hard. I’m stoked to do it,” said McLaughlin. “I’ll take this experience, move forward with it for the rest of the season. Certainly knowing what to expect, I know it’s going to be even bigger next year for the 500. I’m really excited for it.”