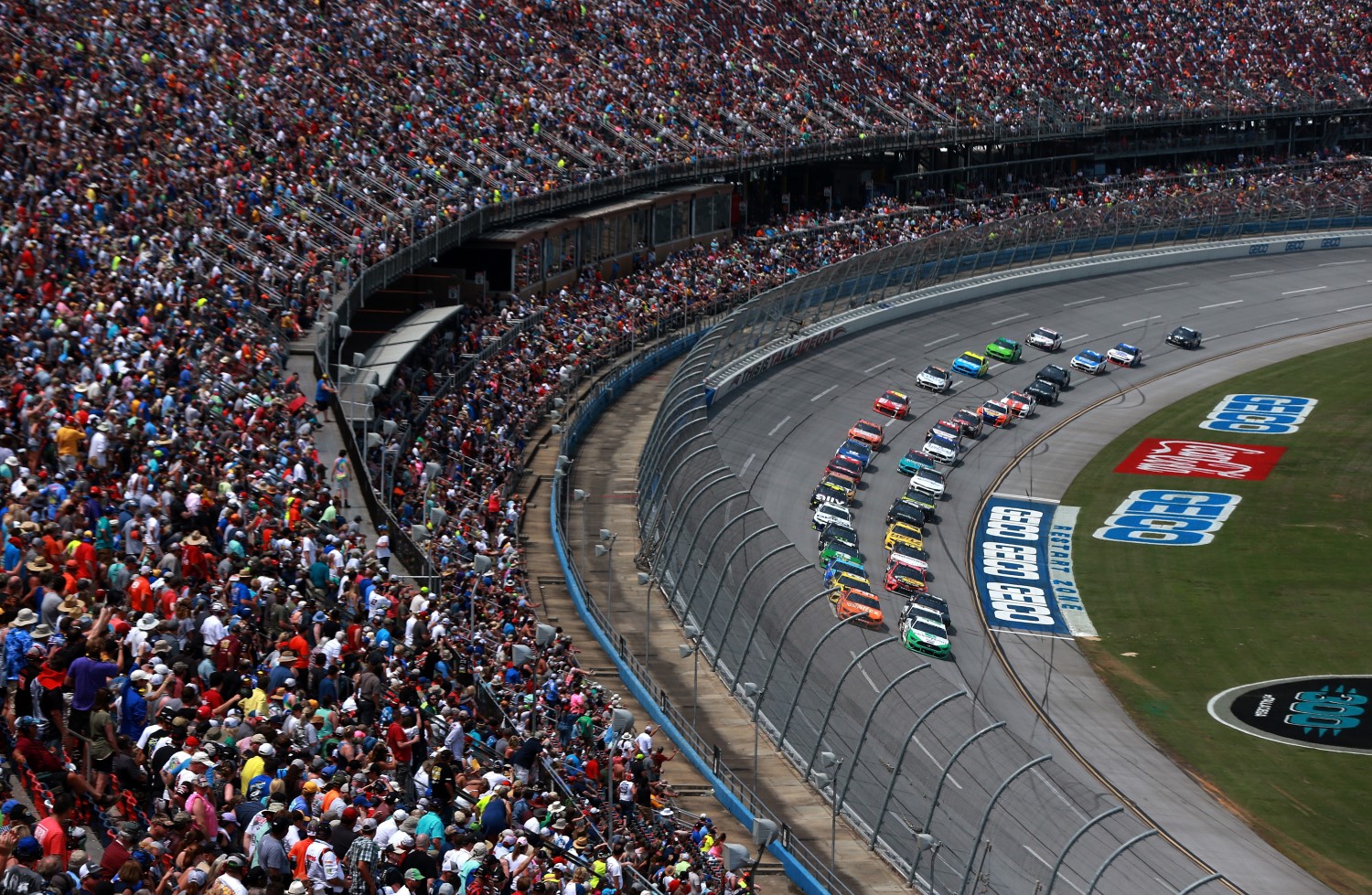 NASCAR owned tracks at Daytona, Michigan, Talladega, Martinsville, Richmond, and Phoenix all announced Wednesday that grandstands will be fully open for race fans for this falls races (excerpts from press releases):

Michigan International Speedway (MIS) will open its grandstands and campgrounds to full capacity for the NASCAR FireKeepers Casino 400 race weekend on Aug. 20-22.  It will mark the first time in two years fans will be allowed at the two-mile track.

Martinsville will welcome fans back for fully open hospitality and suite options throughout the facility. The GEICO Campgrounds will be fully open including tent camping and restrooms and showers. The Midway will return fully open with interactive displays for fans to enjoy festivities before entering the grandstands.

When NASCAR returns to the Valley of the Sun for NASCAR Championship Weekend Nov. 5-7, there will be no restrictions on the number of fans allowed to watch the action from the grandstands and hillside. For the second consecutive year, fans will have the opportunity to be a part of the four championship celebrations in three days with championship events in the NASCAR Cup Series, NASCAR Xfinity Series, NASCAR Camping World Truck Series and the ARCA Menards Series West.

In addition to the fully open grandstands and hillside, camping restrictions will also be lifted and fans will have the option to upgrade to the INfield Experience. This upgrade presents race fans with a unique opportunity to experience NASCAR Championship Weekend with amazing access to the garage walkways, pre-race festivities, victory lane and post-race championship celebrations.

The list of open fan experiences at Richmond will truly welcome fans back:

The list of opportunities at Talladega is going to excite fans: