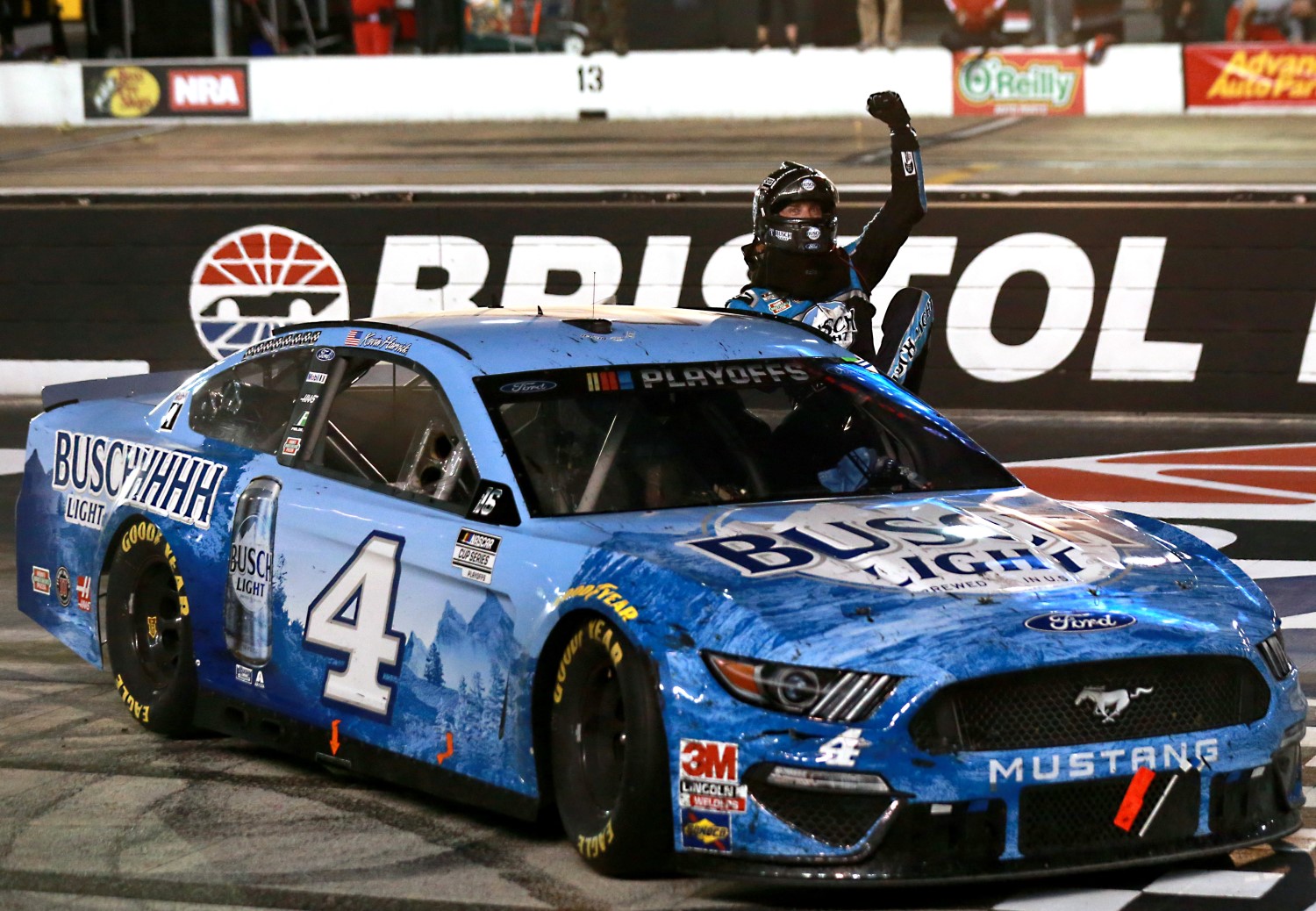 While there will still be minimal, but necessary, safety protocols in place as recommended by the CDC, the event capacity for fans to attend will be wide open. More importantly, it will allow fans a much-needed opportunity for everyone to escape their current realities for just a little while and get immersed in the great outdoors where the most talented NASCAR drivers on the planet will strut their stuff at The World’s Fastest Half-Mile. We guarantee you that your fun-meter will be pegged to its red-line.

And this year’s edition of the tradition-rich event that’s had so many memorable finishes during the last six decades, will once again offer an extra injection of maximum post-season adrenaline added to each night of racing. All three of NASCAR’s major touring series that will battle on the iconic bullring will have Playoff implications swirling around their finishes. Fans can expect nothing less than bruised egos, smashed fenders, incredible triumphs and sparks flying under the lights at The Last Great Colosseum.

The fans who gather at the stadium as well as those viewing from home on NBCSN, will be watching from the edge of their seats as all of the intensity and drama unfolds. 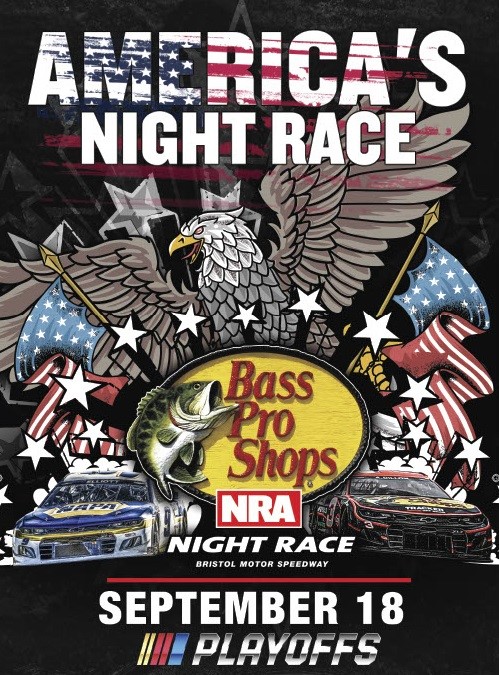 A quick snapshot of what’s on the line:

On Thursday night, Sept. 16, the NASCAR Camping World Truck Series will showcase its first Playoff cut-off race with the UNOH 200 presented by Ohio Logistics. The Playoff field will be reduced from 10 to 8 drivers once the checkered flag falls.

The NASCAR Xfinity Series will finalize its Playoff roster on Friday night, Sept. 17, during the Food City 300, its regular season finale. Once the checkered flag waves the 12 Xfinity Playoff eligible drivers will be identified and locked into the post-season.

The marquee Bass Pro Shops NRA Night Race on Saturday night, Sept. 18, also will present the first cut-off race for the Cup Series drivers and the Playoff field will be reduced from 16 to 12 drivers by night’s end. The big question will be which four drivers will see their championship dreams expire on the all-concrete high banks? And who will emerge with a hard-earned victory, some Playoff momentum and most importantly, claim the coveted BMS Gladiator Sword?

One of the reasons America’s Night Race easily qualifies as a national holiday is because it’s all about fun. Long known as a premier bucket list destination for many, including fans from all 50 states, the race weekend – even during the final stages of a global pandemic – will continue to provide one of the grandest celebrations of family, fun, patriotism and speed that one can imagine.

Consider all of the checked boxes.

► Full Capacity Fun: In cooperation with local and state officials, the race weekend will be open to full spectator grandstands and there will be no mask mandates in place. BMS will continue to operate with paperless transactions for grandstand tickets and concession purchases.

► Epic Anniversaries: This season Bristol Motor Speedway is observing its milestone 60th anniversary and we hope you will be here during America’s Night Race to help us celebrate. Much has changed around the BMS property since the track opened its doors for the first time in 1961 and over the years many amazing memories have been made both on and off the track. We look forward to plenty of “Wow” moments taking place this weekend as well.

► Fun with friends: There’s so much to do during the weekend around the grounds of Bristol Motor Speedway, including stops in the Fan Engagement area. There’s music, games, food, souvenir haulers, and more.  You’ll also want to kick back and enjoy some NASCAR-style tailgating with your friends prior to each night’s race.

► Family bonding: The race is the perfect opportunity for parents to share their love of NASCAR with their children. Talk about the science of racing, pick favorite drivers, share some laughs and also some ooohs and aaahs when the powerful race cars speed around the track. The memories you will make at BMS will last a lifetime and likely be passed on through many generations. And for families, BMS is offering free kids tickets on Thursday and Friday, and on Saturday kids tickets are only $10.

► Social Scene: While you are visiting BMS, you are strongly encouraged to check out the popular “It’s Bristol, Baby!” sign located at the track’s North Entrance and take a photo or two beside the iconic landmark. Then you’ll need to go ahead and tour all the other BMS signature photo locations positioned throughout the campus to compile a complete set of images. Speaking of signature locations, you certainly will want to take in the dramatic panoramic views offered at the brand new Sugarlands Shine 360 Bar located near Gate 6 on the backstretch and make it a point to stop by the other Sugarlands Shine concession location called “The Bootlegger” near Turn 1 on the Mezzanine level.

► United We Race: You won’t find a place that’s more patriotic, that honors, celebrates and cherishes American virtues and values better than Bristol Motor Speedway. From timeless performances of the National Anthem, to powerful military flyovers, the red white and blue can be seen everywhere around BMS property.

► Awesome Music: Racing and music have been tied together over the years like peanut butter and jelly, and that’s especially true at Bristol Motor Speedway. BMS has built a reputation for bringing in some of the most entertaining acts to perform at various times throughout each race weekend. At this year’s Bass Pro Shops NRA Night Race fans can expect more of the same, with well-known music acts playing all around the property during the weekend. You’ll want to check the schedule of performances so you won’t miss a single beat.

► Bring your own stuff: While coolers are still not permitted in the stadium, guests are allowed and encouraged to bring refreshments, food and necessary supplies like sunscreen and ear protection in a 14x14x14 clear plastic bag. Please check the Bristol Motor Speedway website for the latest information regarding event protocols and guidelines for the Bass Pro Shops NRA Night Race.

► Now that’s a TV: Another great thing about attending a race at Bristol is the unbelievable entertainment provided by Colossus TV, the world’s largest center-hung stadium video display. Completed in April 2016, Colossus TV has the highest viewing quality of any permanent outdoor stadium display in the world, featuring 2880 x 1350 lines of resolution. Compare that to the average home HD TV screen at 1920 x 1080. It currently hosts nearly 54 million LEDs and 18 million pixels, which are grouped tighter than the large-scale outdoor displays in Times Square. Watching Colossus TV is like sitting in your living room with the state-of-the-art digital experience but still having the race action going on right in front of you.

► Camping all around: Sometimes it’s nice to just get outside and become one with nature. Bristol Motor Speedway provides you with the perfect opportunity to access your inner outdoors enthusiast during the Bass Pro Shops NRA Night Race. BMS owns and operates five campgrounds around the facility and each provides a variety of amenities. Whether you prefer full hook-up or non hook-up camping, BMS has you covered. Once you are here camping, you will have easy access to the grounds and all of the excitement going on inside the stadium. Your ticket to fun is merely a quick walk away. For more information about BMS Camping, please click here. 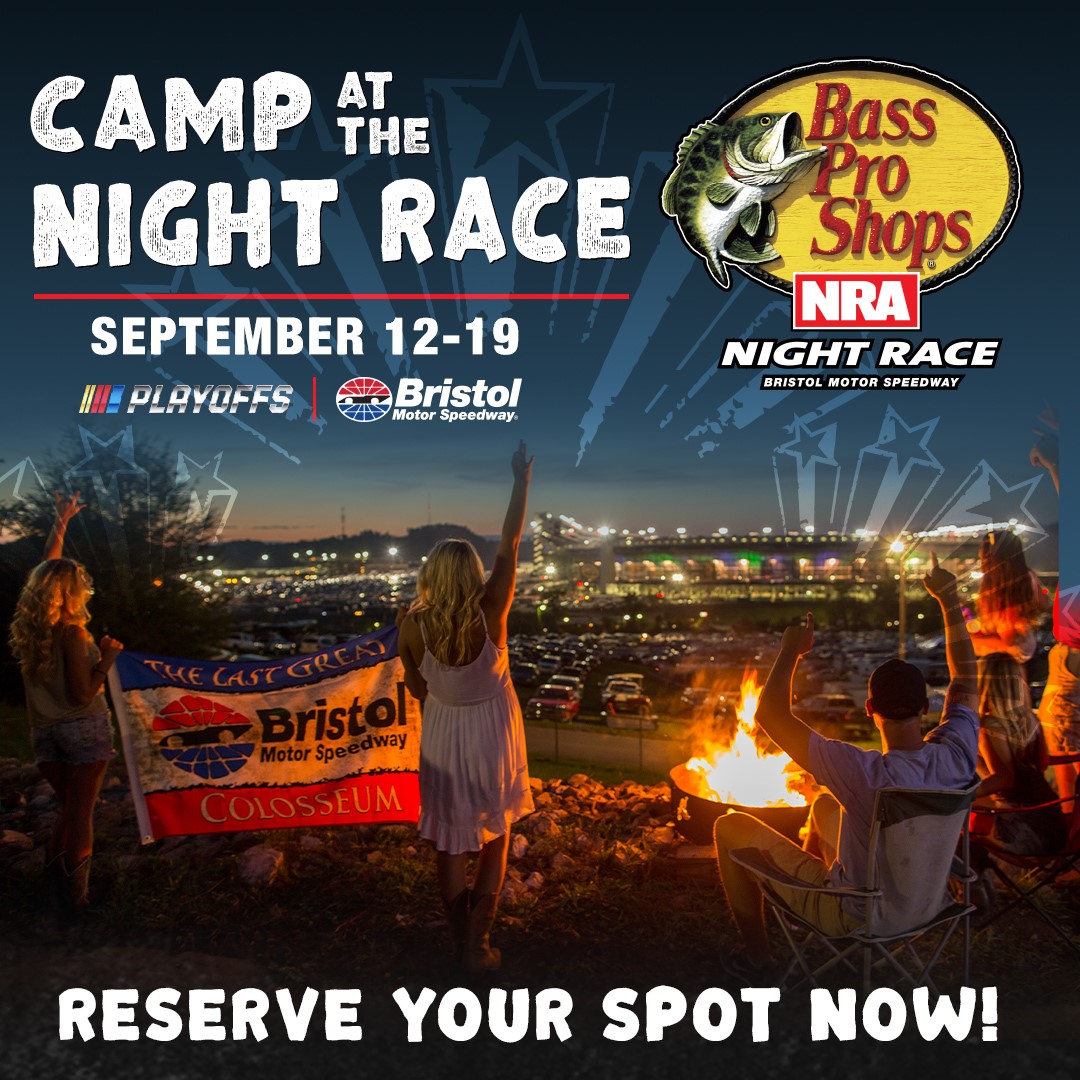 ► Did we mention fast cars and great racing? There’s so much fun to be had and we’ve barely mentioned the real star of the show. Yes, it’s Bristol, baby! Some of the most memorable moments in NASCAR have taken place during the Bass Pro Shops NRA Night Race on the super-challenging .533-mile high-banked concrete oval. NASCAR’s best drivers will beat and bang on each other – NASCAR Playoff style – and only the strongest will survive 500 laps of mayhem and chaos inside the high-banked, all concrete bullring. In the Cup race, you’ll get to see all of your favorite drivers doing what they do best, including several drivers who have won races so far in 2021, all but guaranteeing their spot in the Playoffs, including Bristol dominator Kyle Busch, Food City Dirt Race winner Joey Logano, three-time Bristol winner Brad Keselowski, defending Night Race winner Kevin Harvick, Bristol All-Star Race winner and defending series champ Chase Elliott, three-time season winner Martin Truex Jr., Daytona 500 winner Michael McDowell, Kyle Larson, Christopher Bell and Alex Bowman, among others. In addition to the Cup Series, the race weekend will feature thrilling action in the NASCAR Xfinity Series, NASCAR Camping World Truck Series and the ARCA Menards Series.

► Tickets are going fast: Fans who want to be a part of the first unrestricted, open event at Bristol Motor Speedway in more than two years better act fast and get their tickets before they are gone. Demand is at an all-time high and this historic race weekend is positioned to generate one of the biggest crowds in BMS history. We hope you will be a part of it!

So what can you do to help the cause, and get behind the push to make America’s Night Race the next National Holiday? Don’t worry about calling your congressmen and women, senators, mayors, governors or even the President himself. We all know that it’s way past the time for committee hearings and town hall gatherings on this motion. There’s plenty of evidence supporting this request. Just go ahead and purchase tickets for the Bass Pro Shops NRA Night Race weekend and that will fortify your support for the movement. Eventually, with fans like you pushing forward with tremendous backing, the weekend will become our next national holiday. You heard it here first!

It’s easy to bring the entire clan out to experience the amazing fun that is America’s Night Race. Kids’ tickets (12 and under) are free and adult tickets are $30 for Thursday’s (September 16, 9 p.m., FS1, MRN Radio) UNOH 200 Camping World Truck Series race and Bush’s Beans 200 ARCA Menards Series race. On Friday (September 17, 7:30 p.m., NBCSN, PRN Radio), kids’ tickets are free and adult tickets start at $30 for the Food City 300 NASCAR Xfinity Series race. On Saturday night (September 18, 7:30 p.m., NBCSN, PRN Radio) adult tickets start at $65 for the Bass Pro Shops NRA Night Race and kids’ tickets are $10. For all races, each child must have a physical ticket in hand to enter the gates. The Bristol Motor Speedway ticket office is the only authorized location that can produce the free kids’ tickets.