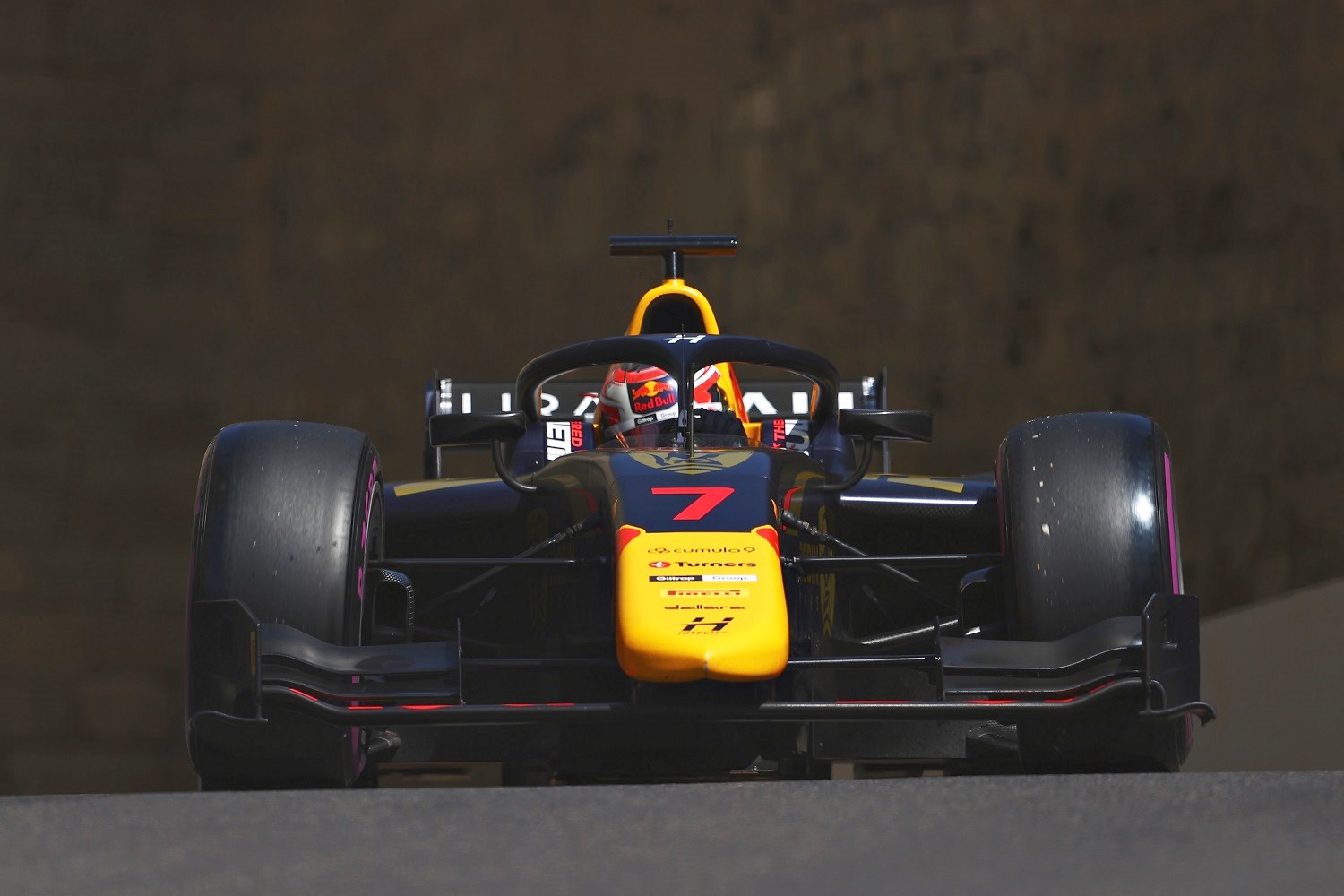 Hitech Grand Prix cemented their place as the team to beat in Baku with a one-two in Qualifying, as Liam Lawson stormed to a first pole position in Formula 2, ahead of teammate Jüri Vips. Lapping at 1:54.217, Lawson finished just over a tenth faster than his fellow Red Bull junior, with Oscar Piastri a further 0.153s back.

Roy Nissany was forced to watch Qualifying from the side-lines after the DAMS driver crashed out of Free Practice. The short turnaround before the start of the session meaning that the team were unable to mend his DAMS in time.

Vips had to watch on as his teammate took pole, with Lawson shaving his time down to 1:54.217, while the Estonian racer failed to improve, losing four-tenths in the middle sector.

Second fastest in Free Practice, Ralph Boschung finished Qualifying in seventh, ahead of Guanyu Zhou, who was one of the final drivers to return from the pits in the second half of the session.