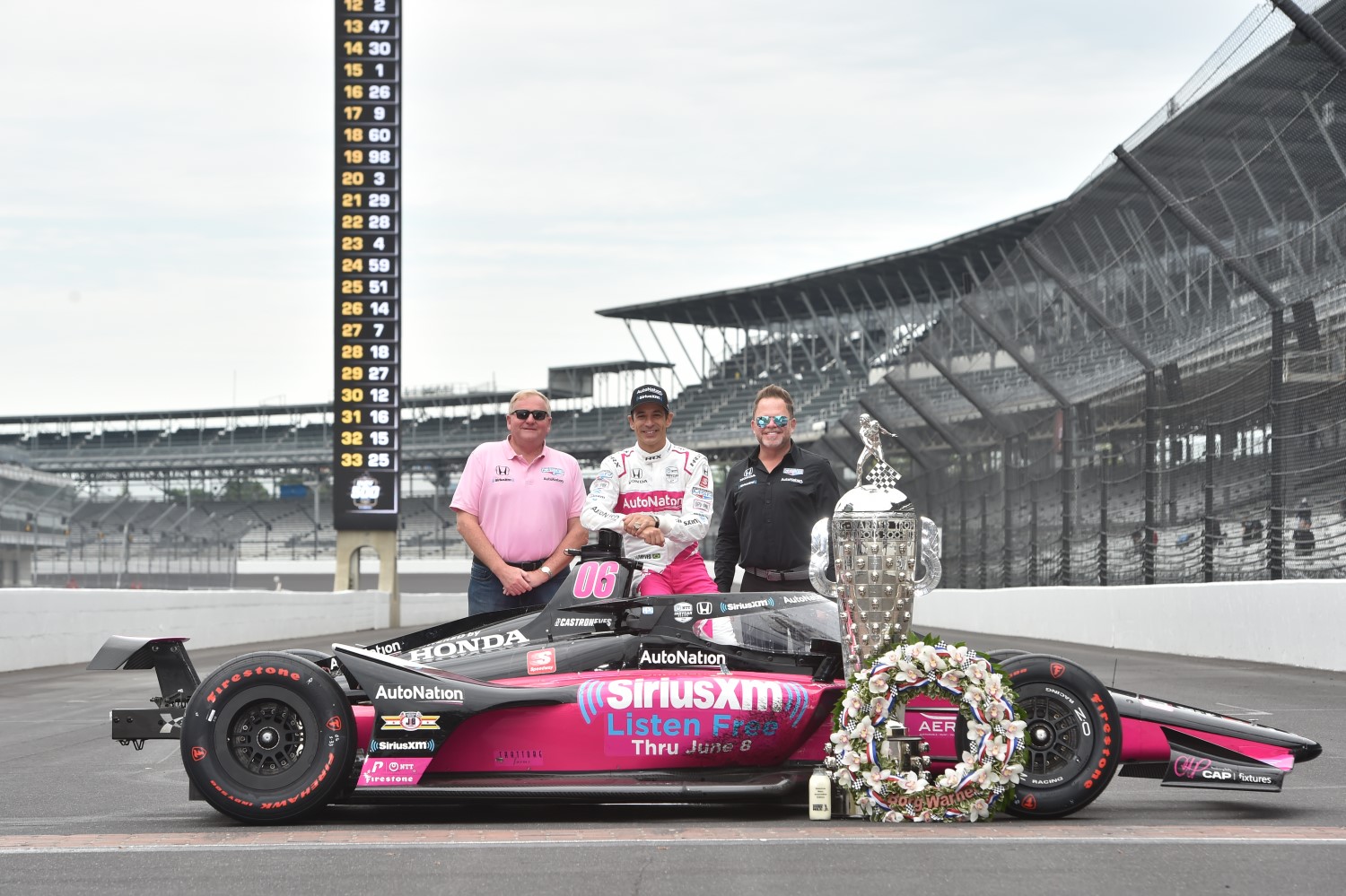 One of the reasons why IndyCar and team owner Michael Shank cannot get the Indy 500 winner back on an IndyCar grid until August is because Castroneves has commitments with the new SRX series.

Four of the next six weekends he will be competing in Tony Stewart’s new SRX series Saturday nights on CBS at a variety of pavement and dirt tracks in identically-prepared stock cars.

“But it’s not that simple,” said Shank. “He’s got conflicts all through June and early July, and even if IndyCar said they needed him, it’s complicated. So, his next outings with us pick up again in August. I was emailing Roger this morning, and he didn’t ask me if we had any backup plan, but it’s not worth it – I want to plan on something cooler for 2022.”

“Michael (Andretti) has been so good to us, the best partner you could ask for, and I’d like to stay partners with him, so we’re looking at all the possibilities,” Shank said.

Castroneves is part of Meyer Shank Racing in 2021 and is contracted to compete in six races.  After the Indy 500 Castroneves was scheduled to only compete in the the Acura Grand Prix of Long Beach, the Big Machine Grand Prix at the Indianapolis Motor Speedway road course (Aug. 14), the Grand Prix of Portland and the Sept. 19 season finale at WeatherTech Raceway Laguna Seca.

So the Indy 500 winner won’t be back in action until the August 14th Big Machine GP at IMS unless more sponsorship is found.

“As of right now, I have nothing official for Detroit. Really upset about it because Detroit is a dear place to my heart,” Castroneves told the Detroit Free Press. “I love the track (and) being there so many years race for Roger (Penske) and it’s a place that gave me a lot of success. So, it is very difficult not to be there.”

Indeed, Detroit has been a pretty good track for Castroneves. He won one of the two dual races in 2014, and also was a 2000 and 2001 victor at the track as part of the CART/Champ Car Series.