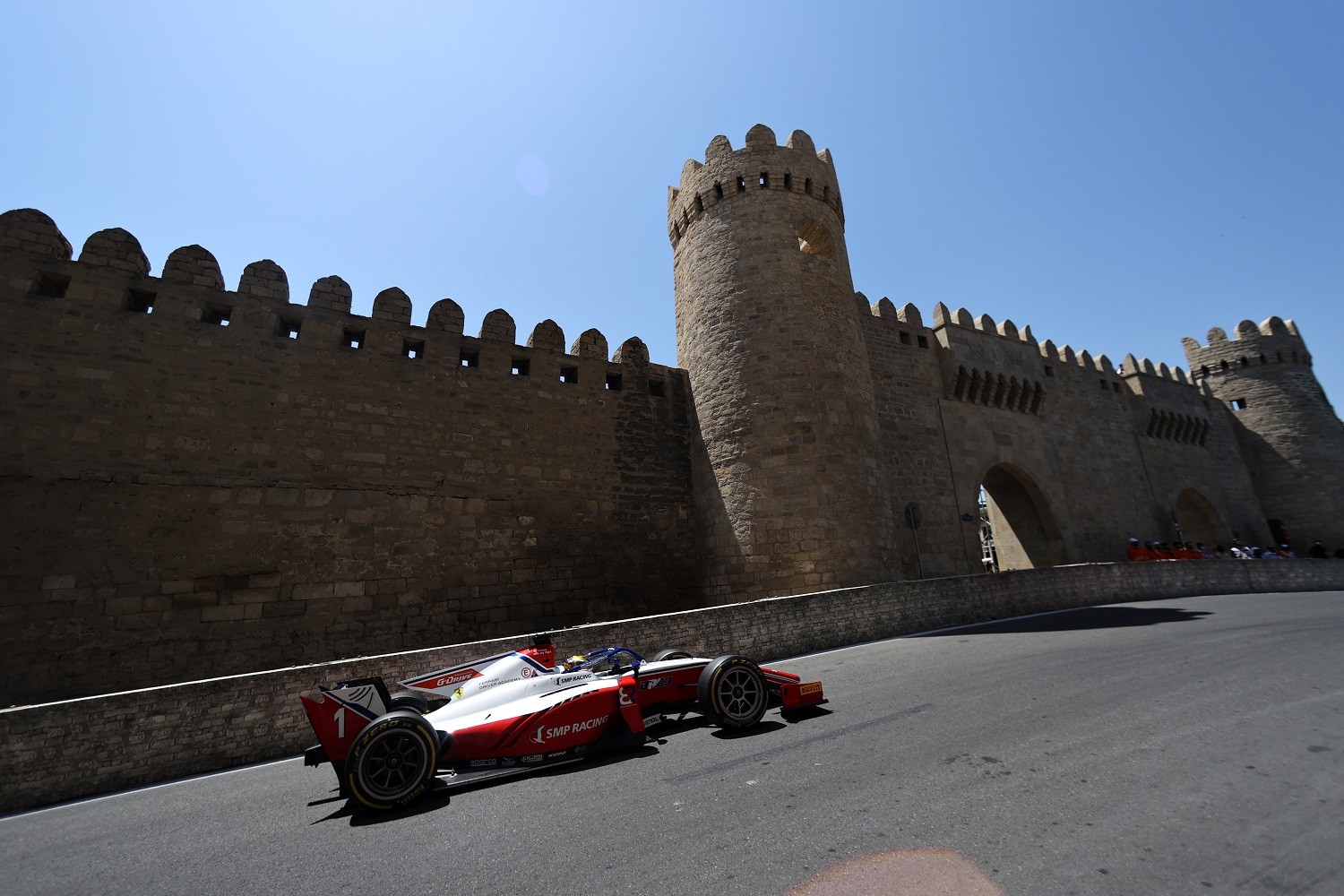 Robert Shwartzman produced a controlled performance around the streets of Baku for his first win of the year, bouncing back from a difficult start to the season to kickstart his title challenge, beating out Dan Ticktum by 5s, with Guanyu Zhou taking third place.

A title favorite heading into the campaign, Shwartzman’s sophomore season hadn’t gone to plan in the

from two retirements, but the PREMA man was always insistent that improvements were around the corner.

Starting from reverse grid pole, Shwartzman began to deliver on that promise, with the Russian’s victory never once looking in doubt, despite a commanding charge through the field from street circuit expert Dan Ticktum, who was on the back of a Sprint Race 2 victory in Monaco.

Lining up in sixth, the two-time Macau Grand Prix winner picked off the first four in front of him with relative ease, but came unstuck against Shwartzman and was unable to bridge a 5s gap to the leader.

Guanyu Zhou retained his place at the top of the Drivers’ Championship with a fourth podium of the year, while Jehan Daruvala clung onto fourth, despite late pressure from Théo Pourchaire, who had recovered from a tricky start to take fifth.

“My first time in Baku and I’ve taken the top step, so I’m really happy. The pace was really good so a big thanks to the team. With this sort of pace, we just need to improve our results in the other two races. Let’s keep pushing and we will see where we end up.”

Zhou retains his place at the top of the Drivers’ Championship, extending his points’ tally to 78 points, with Pourchaire behind him on 55. Despite his DNF, Piastri is in third on 42 points, ahead of Tick on 50. Shwartzman is up to fifth with 45 points.

UNI-Virtuosi lead the Teams’ Championship on 207 points, 10 ahead of PREMA and 20 ahead of Carlin. ART Grand Prix are fourth on 71 points and Hitech Grand Prix fifth with 63 points.