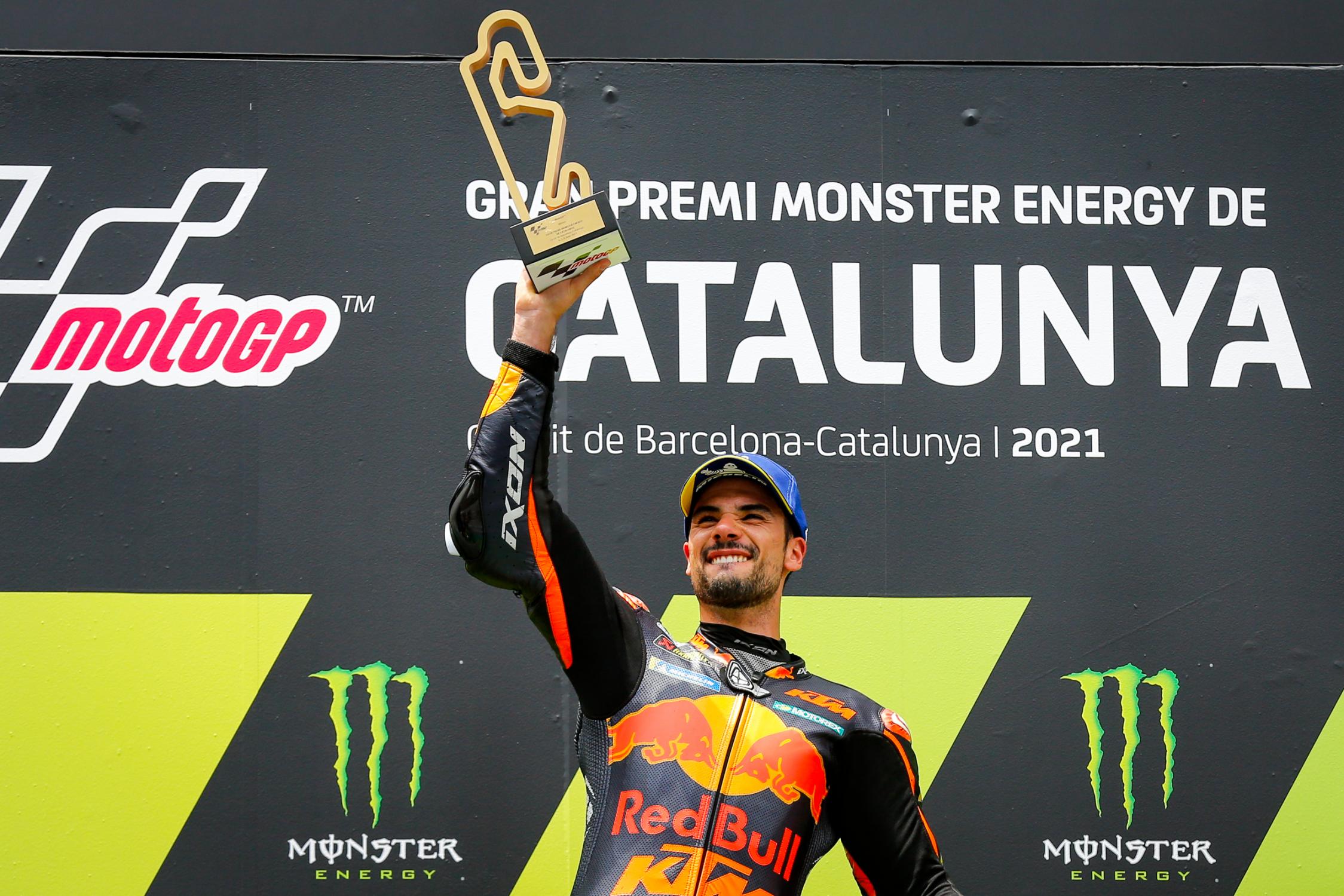 Jack Miller (Ducati Lenovo Team) was promoted to P3 at the end of the race after World Championship leader Fabio Quartararo (Monster Energy Yamaha MotoGP) was handed a three-second penalty for a shortcut at Turns 1 and 2, while the Frenchman also encountered a strange issue with his leathers.

KTM struggled in the early races of 2021, but a chassis update and new fuel supplier propelled the Austrian marque back to front-running status over the last two grand prix – Oliveira claiming his first win as a factory team KTM rider.