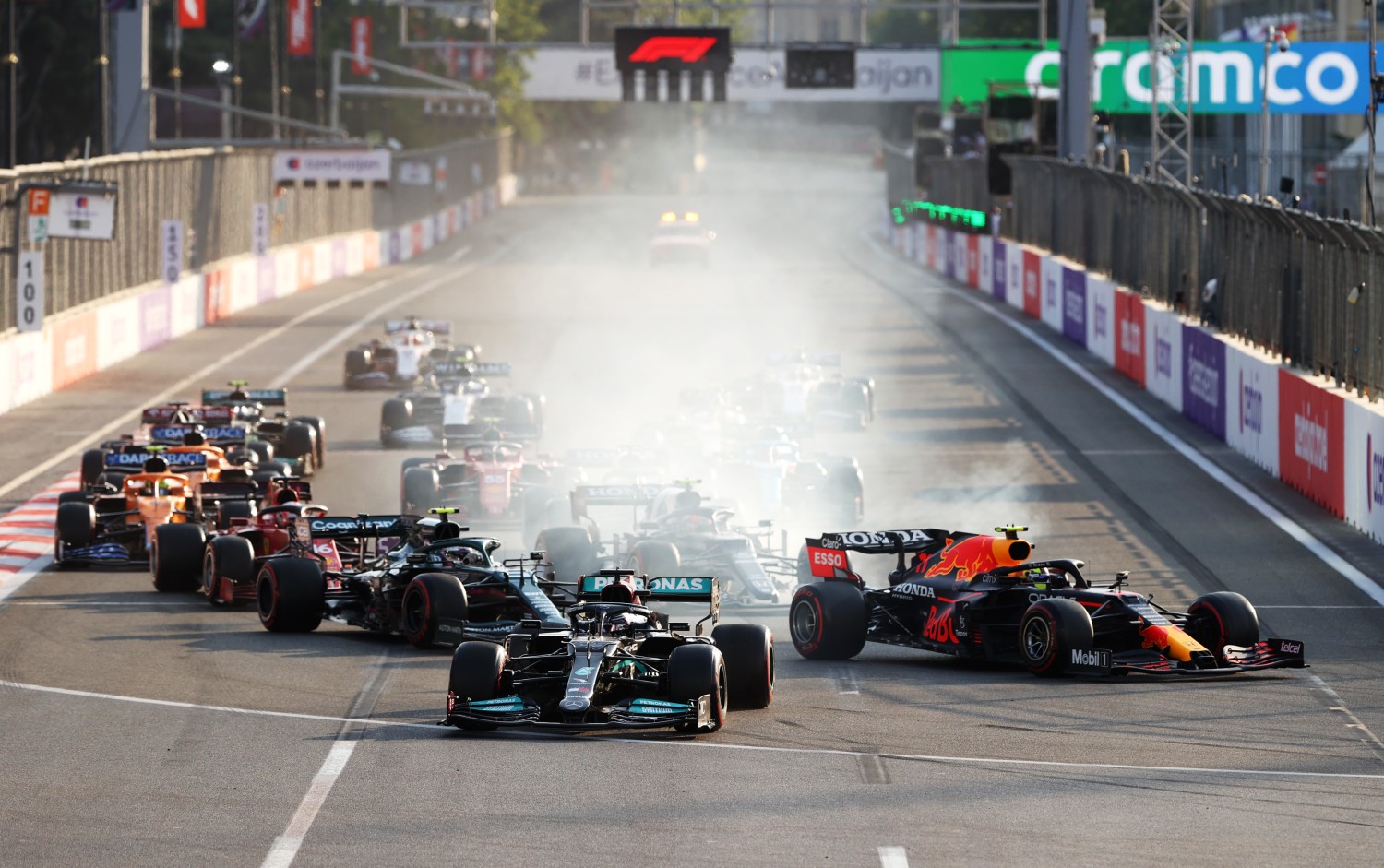 (GMM) Lewis Hamilton and Mercedes are making the most mistakes so far in 2021, according to title rival Max Verstappen.

While Verstappen’s Red Bull crashed into retirement with a Pirelli tire blowout at Baku, Hamilton’s ‘no points’ result was due to him running off the road whilst dueling with Sergio Perez at the restart.

“I was like ‘no way I’m losing this one’,” Perez recalled.

“I just tried to brake as late as possible, he did the same but it didn’t work for him. “It just shows how vulnerable we are all to mistakes,” said the Mexican.

However, Hamilton asked on the radio after the race if he had left on a switch that is designed to move the brake bias forwards ahead of race starts.

“Yeah, bud, you knocked it on,” his Mercedes engineer replied.

Mercedes boss Toto Wolff went even further, suggesting Hamilton only flicked the switch when Perez swerved towards him at the re-start.

“You can’t call it a mistake,” the Austrian said.

But world championship leader Verstappen insists that Hamilton does not need to be ashamed of a basic out-braking error.

“Everyone makes mistakes under the pressure we are under,” said the Dutchman. “It has happened to me too.

“Basically, Lewis is just in a different situation than he was before, when his teammate was his only opponent. This season is his first time against drivers from other teams, which is a completely different thing.”

In fact, Verstappen said Hamilton and Mercedes are making more significant mistakes than both he and Red Bull.

“I would say, overall, we’re making the smaller mistakes, even if they probably see it differently,” he said.

“But I can rely 99.9 percent on my team that they will do a fast pit stop every time,” he added, no doubt referring to Hamilton’s notably slow stop at Baku.