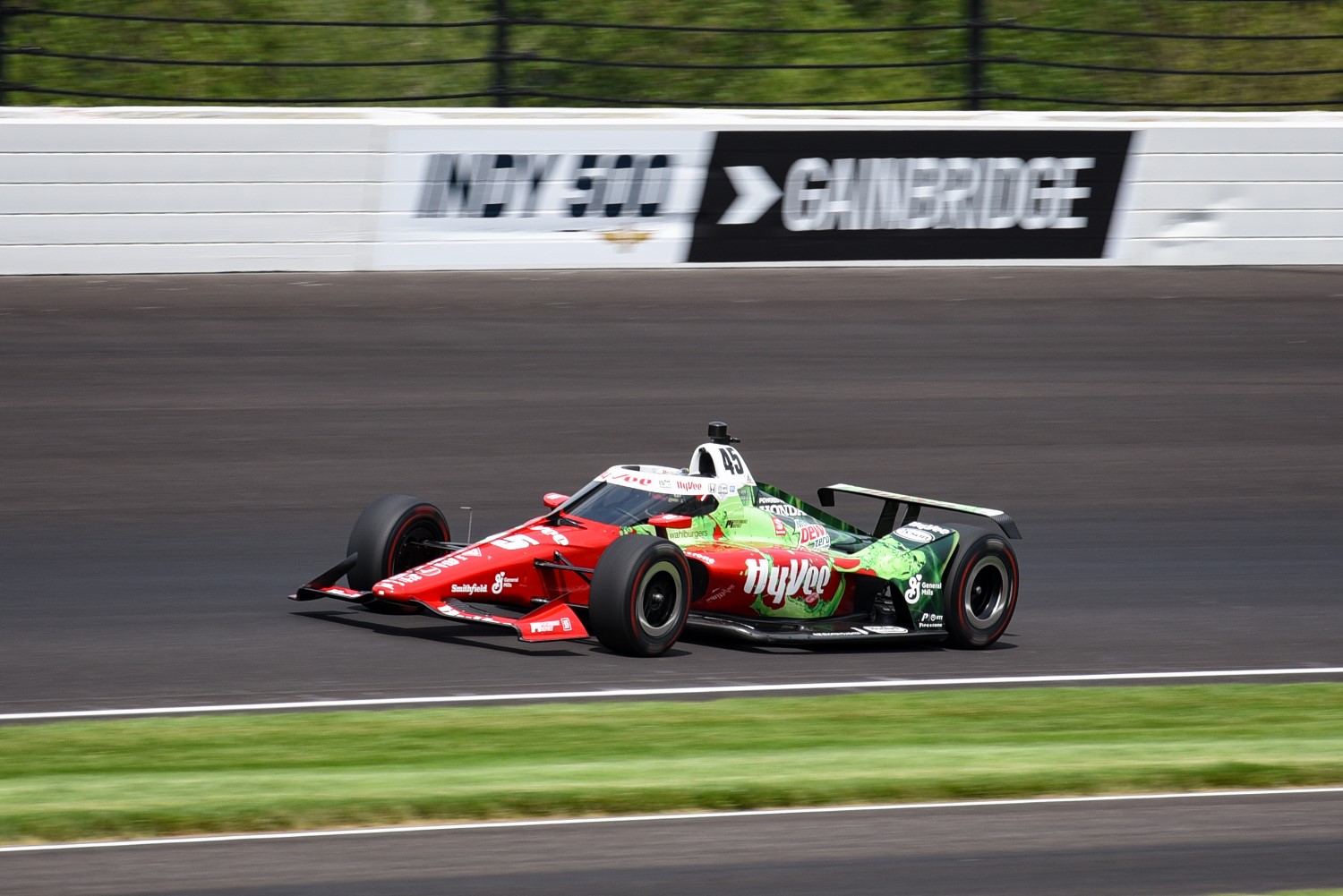 Rahal Letterman Lanigan Racing (RLL) announced today that team partner, Hy-Vee, Inc. – an employee-owned supermarket chain that operates more than 280 retail stores across eight Midwestern states – will expand its program to include primary sponsorship of a third entry for the team in the Chevrolet Dual in Detroit doubleheader races on June 12-13 for Santino Ferrucci.

Hy-Vee sponsored RLL entries in the past two Indianapolis 500 races, with Ferrucci piloting the No. 45 Hy-Vee Honda on May 30 to his third straight top-seven finish in the event with a sixth-place result. In April, the team announced that Hy-Vee would be the primary sponsor of Graham Rahal’s NTT INDYCAR SERIES entry at Road America (June 20) and World Wide Technology Raceway (August 21) as well as the primary sponsor of Ferrucci’s entry for the 105th running of the Indianapolis 500 and be a full-season associate sponsor on Rahal’s car.

“I’m excited to compete in the two races in Detroit after a fantastic run at the Indy 500,” said Santino Ferrucci, who has competed in four races on Belle Isle in Detroit in 2018-2019 with a best finish of tenth place in Race 2 in 2019. “To carry the momentum into Detroit is massive for the team. Hy-Vee is partnering with Frito-Lay so we will have Chester Cheetah and the Cheetos brand on the car, which I think is pretty awesome. It’s a fantastic track, and I’m excited to be returning to Detroit since we didn’t get a chance to race there in 2020.

“The excitement and energy that the Rahal Letterman Lanigan Racing team brings forth to our partnership is like none other,” said Randy Edeker, Chairman, CEO and President of Hy-Vee. “The team truly cares about its fans just like we care about our customers at Hy-Vee. Since signing on as a sponsor last year, we’ve heard from people all over the country about our involvement in racing and look forward to what the rest of the season has to offer.”

After two full INDYCAR SERIES seasons in 2019-2020 and a partial one in 2018, Ferrucci joined RLL for the Indy 500, where he finished sixth. To date, his best Indy car start is second place at Mid-Ohio (Race 2) in 2020 – he has finished in fourth place four times. In 2021, Ferrucci competes part-time in the NASCAR Xfinity Series, driving for Sam Hunt Racing.

The 2021 NTT INDYCAR SERIES season continues with the Chevrolet Dual in Detroit doubleheader which will be broadcast live on NBC on June 12 at 2 p.m. EDT and on June 13 at 12 p.m. EDT.  All future on-track action can be seen on NBC, NBCSN or NBC’s Peacock Premium streaming service. For more information about the series or team, visit www.indycar.com and www.rahal.com.