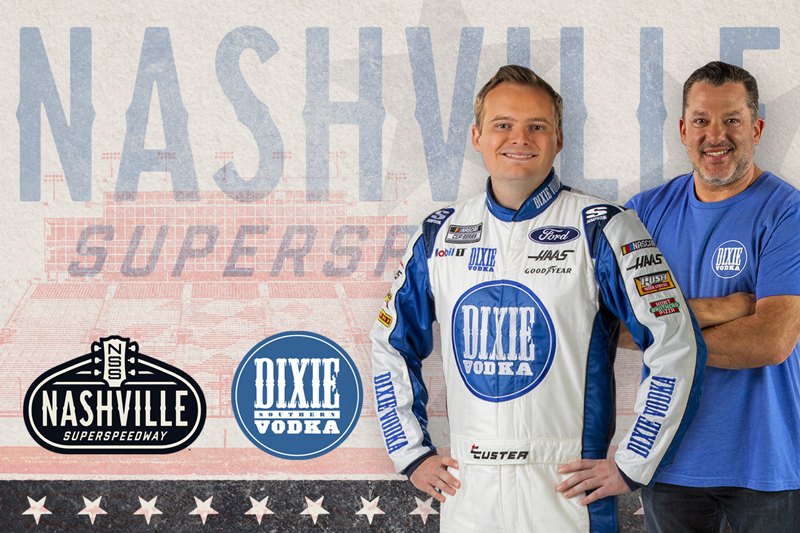 Guests attending Nashville Superspeedway’s NASCAR tripleheader on Father’s Day weekend will have the opportunity to taste samples of Dixie Vodka’s products in the FanZone. In addition,  Dixie Vodka ambassadors will visit track’s  campgrounds throughout the weekend to interact with fans.

Founded in 2014 and based in Charleston, S.C., Dixie Vodka was named the Official Vodka of NASCAR in 2019. Dixie Vodka’s six “flavors of the South” include Black Pepper, Citrus, Mint, Peach, Southern and Wildflower Honey.

“We look forward to connecting with NASCAR’s incredible fanbase in the Nashville area to share Dixie Vodka as a go-to, all-American premium vodka that represents the best of Southern flavor, craftsmanship and hospitality – it’s the perfect accompaniment to any race day.”

“Dixie Vodka’s prominence in motorsports, and Southern sensibilities, are well known to NASCAR fans,” added Erik Moses, Nashville Superspeedway’s president. “Those fans continue to demonstrate their support and enthusiasm for NASCAR’s return to Middle Tennessee and I’m sure they will be excited to experience another familiar brand as part of our track partnership family and fun filled weekend.”

Fans can order tickets for the June 18-19 events by visiting NashvilleSuperSpeedway.com or calling 866-RACE-TIX.